Welcome to the Book Blast for Mistress Of Fortune, #1 of the Mistress of Fortune series, by Holly West!

Isabel, Lady Wilde, a mistress to King Charles II, has a secret: she makes her living disguised as Mistress Ruby, a fortune-teller who caters to London's elite. It's a dangerous life among the charlatans, rogues and swindlers who lurk in the city's dark corners, but to Isabel, the risk is worth the reward.

Until magistrate Sir Edmund Godfrey seeks Mistress Ruby's counsel and reveals his unwitting involvement in a plot to kill the king. When Isabel's diary containing dangerous details of his confession is stolen, she knows she must find it before anyone connects her to Mistress Ruby. Especially after Sir Edmund's corpse is discovered a few days later...

Isabel is sure that whoever stole her diary is Sir Edmund's killer--and could be part of a conspiracy that leads all the way to the throne. But as she delves deeper into the mystery, not even the king himself may be able to save her. 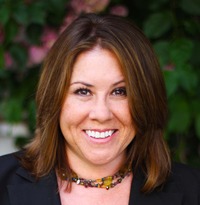 Originally from a small town in Northern California, Holly moved to the big city to attend Loyola Marymount University, where she earned a Bachelor of Arts in Screenwriting. After shoving a few unproduced scripts in the proverbial desk drawer, she succumbed to her baser instincts and turned to writing crime fiction.

She’s the author of the Mistress of Fortune series, set in late 17th century London and featuring amateur sleuth Isabel Wilde, a mistress to King Charles II who secretly makes her living as a fortuneteller. Holly’s short stories also appear in Feeding Kate: A Crime Fiction Anthology, Needle: A Magazine of Noir and Shotgun Honey Presents: Both Barrels.

Before devoting herself to writing fiction full-time, Holly was an accomplished jewelry designer. She also served as a contributor to About.com for four years, writing about a variety of topics. Prior to that, she worked as a foreign credentials analyst and published monographs on the educational systems of Sudan, Zambia, and Afghanistan.

When Holly’s not wandering the captivating streets of 17th century London, she lives, reads, and writes in Los Angeles with her husband, Mick, and dog, Stella. Holly is represented by Elizabeth K. Kracht of Kimberley Cameron & Associates. She’s a member of the Mystery Writers of America, Sisters in Crime, and International Thriller Writers, and is the Wednesday contributor to the Do Some Damage blog.