Welcome to the Official Blog Tour for Eastland by Marian Cheatham 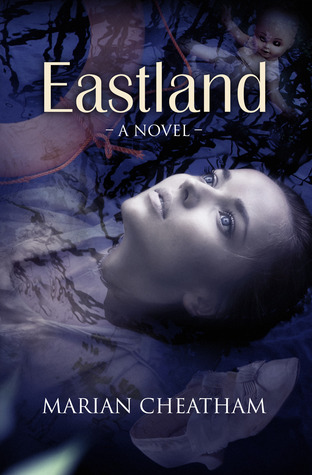 Synopsis:
Would you risk your life for just one day of freedom?

For hardworking teen, Dee Pageau, the annual employee picnic will let her escape the drudgery of work and possibly find love with her best friend Mae's older brother, Karel. But in 1915 Chicago, girls don't go on picnics without their mother's approval.

Unfortunately for Dee, Mama has had a premonition of disaster and forbids Dee from going. Forced to watch as Mae and Karel leave without her, Dee defies Mama and rushes off to join her friends.

But Dee's joy soon turns to terror when the ship ferrying them to the picnic capsizes. Rescued not once but twice-by Karel and a mysterious sailor-Dee finds herself tested in unimaginable ways. What happens next turns out to be worse...and better...than anything Dee ever expected.

*Excerpt*
As the warehouse clock ticked seven-thirty, the Eastland capsized into the Chicago River, her forward lines still tethered to the dock.
Karel and I stood on the slimy, white-steel hull, which now lay tipped on its side, as horizontal as any street. I had braced for a tidal wave, an explosion of fury. But the beautiful steamer had rolled over in eerie silence, having made less of a splash than these wretched raindrops. The only sound I’d heard was the shrieking in my head.
Half the ship rested under water on the river bottom, half above the surface, making the steamer appear as if it had been dissected lengthwise like a long sliced baguette. A great many of us had made it through the railings onto the hull, but others had not been as lucky. Countless passengers dangled from the sideways-tipped railings, the deck now a vertical wall beside them.
Beneath them, only the river.
The young redhead in the lacy, yellow frock hung suspended near our feet.
“He-l-lp!” Her terrified eyes bored straight into my soul.
Karel dropped to his knees and reached through the bars for her. But before he could grab hold, her fingers slipped. The redhead opened her mouth to scream, but no sound came out as she plunged into the murky waters.


I screamed for her, for everyone who had lost their grip or been thrown overboard. But my cries seemed lost amid the ear-shattering howls of the countless drowning souls. The river foamed with people. I could barely see any water; their mass was so dense. Yet beside me, all movement had stopped. Like the paralyzed bystanders who’d watched the steamer capsize, the hundreds of survivors along the hull stood silently, wordlessly, watching the death struggle in the river. 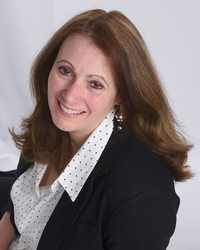 Marian Cheatham lives in a suburb of Chicago with her family and menagerie of pets. A graduate of Northern Illinois University, Marian taught Special Education for many years before becoming a full-time writer.

RULES AND RESTRICTIONS:
Contest is void where prohibited. Entrants must be 13 or else have parent or guardian’s permission to enter. Winners will be notified via email and will have 48 hours to respond  or another winner’s name will be selected. Winning entries will be verified for authenticity.