Synopsis:
When Stella Jo Chandler gets an offer to work at the Second Chance Ranch celebrity rehab facility right after graduating from Texas A&M, she’s tempted to turn it down. She wants to help real people with real problems, not spoiled celebrities going on vacation for publicity. But growing up on her family’s ranch left her with a love of horses that draws her to the opportunity. How bad can babysitting a bunch of strung out celebrities be? What she didn’t count on was being roped into a tangled mess with infamous rocker and three-time rehab drop out Van Ransom on her first day. And she sure didn’t expect to feel the overwhelming attraction that pulls her to the man who has more issues than she can count on both hands. Like the hotel rooms and tour buses he’s famous for trashing, the havoc he could wreak on Stella’s heart would be irreparable. Van isn’t at Second Chance for publicity or because he’s suffering from “exhaustion”. He’s on the brink of destruction, and he needs the kind of help Stella isn’t sure she can give. But without her, he'll lose everything. Because he’s on his last second chance. 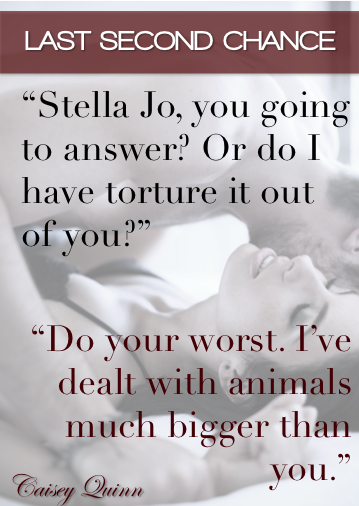 *Excerpt*
He flashed her a sexy grin and stepped right back into her space. “I don’t want some chick. And you’re not that good at hiding your emotions, beautiful. You snapped on those nurses at lunch and ran out of my room so fast I barely had time to blink. Any particular reason why?” He trailed a finger down her cheek and over her lips. Instead of an answer, a whimper escaped her throat. A painful throbbing began between her thighs, intense and demanding.
His touch deepened the pain. Her policy was no dating people in her workplace. She certainly wasn’t going to date Van Ransom. He’d probably never taken a girl on a proper date in his life. But right now she didn’t care about any of that. She just wanted him to take her up against the back of the barn, hard and fast. She was a country girl at heart after all.
“Stella Jo, you going to answer? Or do I have torture it out of you?”
The way he said her name, the one she was used to hearing drop only from the lips of family members, made her shiver. She let her head loll back to rest on the wall behind her. “Do your worst. I’ve dealt with animals much bigger than you.”
Leaning in until his nose brushed hers, he let out a soft growl. “You sure as hell better be talking about horses, because if you’re talking about Dr. Dickhead or any other man who's put his hands on you in a way you didn’t want, they’re fucking dead.”
She grinned and winked at him. “Guess that’s for me to know, darlin’.” Her breath was still coming too fast, but she was gaining confidence. She was having as much of an effect on him as he was on her. A competitive streak she thought she’d buried rose to the surface. “Speaking of men putting their hands on me, if this is your brand of torture, I’m disappointed.”
Thrusting himself up against her, he growled again. “Baby, my brand of torture involves that riding crop you bent over to pick up. Matter of fact, it involves you being bent over also.”
An audible gasp of surprise escaped her. His threat pulled at something deep inside of her that she didn’t know was there. Something dark and terrifying that she knew she should feel dirty and ashamed of. But she didn’t. Because apparently he wasn’t the only one who was twisted like that.
“Surprised?” he asked with a knowing look in his eyes.
“That you know what a riding crop is? Yeah.” She forced herself to smirk at him so he wouldn't see that she was a trembling mess of desire. 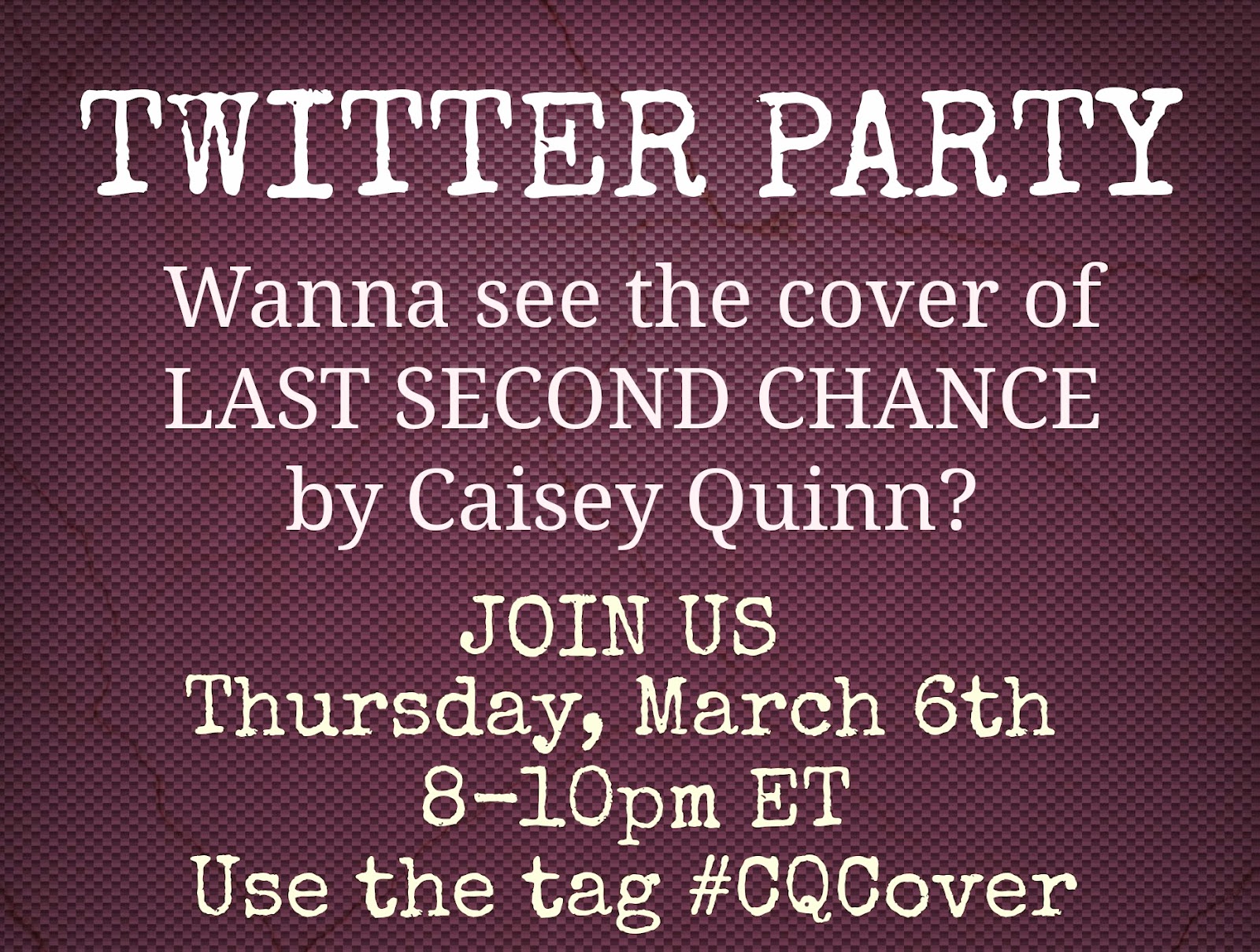 Posted by Jasmine Albitos at 2:23 AM