RELEASE DAY BLITZ: A Shadow in the Ember by Jennifer L. Armentrout

Today, we have a Release Day Blitz to share celebrating the release of Award-winning, New York Times and International Bestselling Author Jennifer L. Armentrout's A Shadow in the Ember, the first title in the Flesh and Fire series set in the Blood and Ash world! So... Be sure to check it out and grab your copy now! 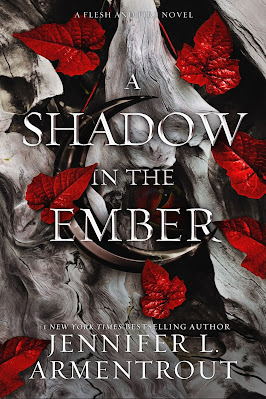 Genre:
New Adult
Paranormal/Fantasy Romance
Women's Fiction
Series:
Flesh and Fire, #1
Publish Date:
October 19, 2021
Publisher:
Blue Box Press
Synopsis:
#1 New York Times bestselling author Jennifer L. Armentrout returns with book one of the all-new, compelling Flesh and Fire series—set in the beloved Blood and Ash world.
Born shrouded in the veil of the Primals, a Maiden as the Fates promised, Seraphena Mierel’s future has never been hers. Chosen before birth to uphold the desperate deal her ancestor struck to save his people, Sera must leave behind her life and offer herself to the Primal of Death as his Consort.
However, Sera’s real destiny is the most closely guarded secret in all of Lasania—she’s not the well protected Maiden but an assassin with one mission—one target. Make the Primal of Death fall in love, become his weakness, and then…end him. If she fails, she dooms her kingdom to a slow demise at the hands of the Rot.
Sera has always known what she is. Chosen. Consort. Assassin. Weapon. A specter never fully formed yet drenched in blood. A monster. Until him. Until the Primal of Death’s unexpected words and deeds chase away the darkness gathering inside her. And his seductive touch ignites a passion she’s never allowed herself to feel and cannot feel for him. But Sera has never had a choice. Either way, her life is forfeit—it always has been, as she has been forever touched by Life and Death. 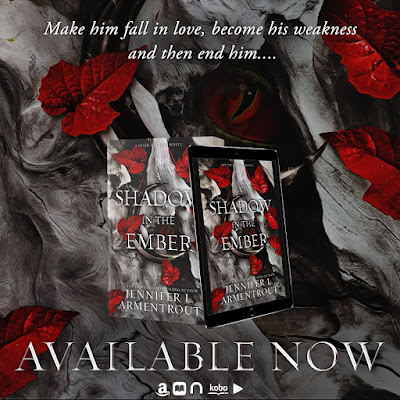 ~~~~~
Praise for A Shadow in the Ember
“One of the best fantasy worlds I have ever read.” ⏤ Carrie Ann Ryan, New York Times bestselling author
~~~~~
**About the Author** 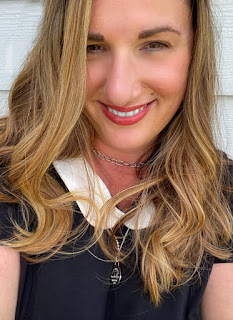 #1 New York Times and #1 International Bestselling author Jennifer L. Armntrout lives in Shepherdstown, West Virginia. All the rumors you’ve heard about her state aren’t true. When she’s not hard at work writing. She spends her time reading, watching really bad zombie movies, pretending to write, hanging out with her husband and her Border Jack Apollo. In early 2015, Jennifer was diagnosed with retinitis pigmentosa, a group of rare genetic disorders that involve a breakdown and death of cells in the retina, eventually resulting in loss of vision, among other complications.  Due to this diagnosis, educating people on the varying degrees of blindness has become of passion of hers, right alongside writing, which she plans to do as long as she can.
Her dreams of becoming an author started in algebra class, where she spent most of her time writing short stories….which explains her dismal grades in math. Jennifer writes young adult paranormal, science fiction, fantasy, and contemporary romance. She is published with Tor, HarperCollins Avon and William Morrow, Entangled Teen and Brazen, Disney/Hyperion and Harlequin Teen. Her Wicked Series has been optioned by PassionFlix. Jennifer has won numerous awards, including the 2013 Reviewers Choice Award for Wait for You, the 2015 Editor’s Pick for Fall With Me, and the 2014/2015 Moerser-Jugendbuch- Jury award for Obsidian. Her young adult romantic suspense novel DON’T LOOK BACK was a 2014 nominated Best in Young Adult Fiction by YALSA. Her adult romantic suspense novel TILL DEATH was an Amazon Editor’s Pick and iBook Book of the Month. Her young adult contemporary THE PROBLEM WITH FOREVER is a 2017 RITA Award Winner in Young Adult Fiction. She also writes Adult and New Adult contemporary and paranormal romance under the name J. Lynn. She is published by Entangled Brazen and HarperCollins.
She is the owner of ApollyCon and The Origin Event, the successful annual events that features over a hundred bestselling authors in Young Adult, New Adult, and Adult Fiction, panels, parties, and more.
Stay connected with Jennifer L. Armentrout 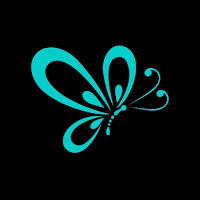 Today, we have a Release Day Blitz to share for USA Today Bestselling Author K.A. Linde's House of Shadows, the second book in the Royal Houses series! So... Be sure to check it out and grab your copy now! 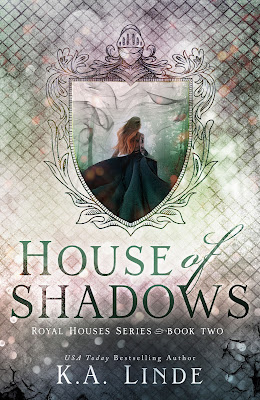 Genre:
Young Adult
Paranormal/Fantasy Romance
Series:
Royal Houses, #2
Publish Date:
October 19, 2021
Publisher:
K.A. Linde Inc.
Synopsis:
USA Today bestselling author K.A. Linde returns to the Royal Houses series with House of Shadows: the story of Kerrigan Argon, a half-Fae, half-human, as she seeks her place in an unforgiving world filled with magic, mayhem, and romance. Perfect for fans of Sarah J. Maas, Holly Black, and V.E. Schwab.
Kerrigan Argon, a half-human, half-Fae, has joined the Dragon Society against almost everyone’s wishes.
A year of training is required with her dragon.
But first she must travel with the dark Fae prince, Fordham Ollivier, back to his home in the House of Shadows. Nothing but slavery and death has ever awaited a half-Fae in their halls.
Yet something is wrong within their wicked world. A thousand year old spell is weakening. Cracks forming in the foundation. And Kerrigan may just be their ruin or their salvation. 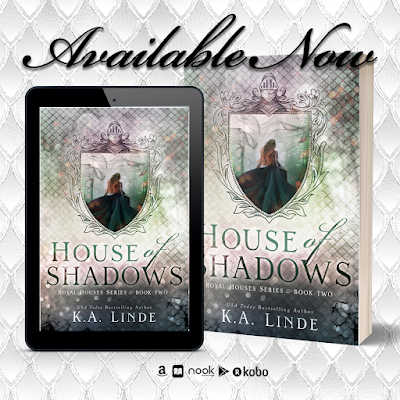 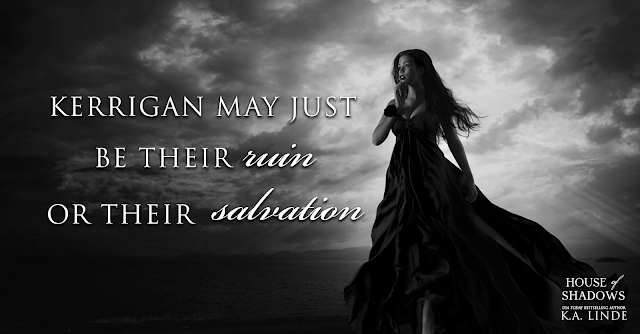 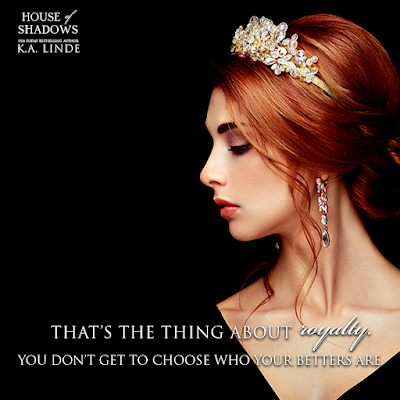 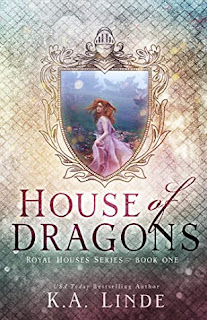 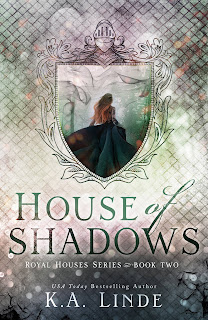 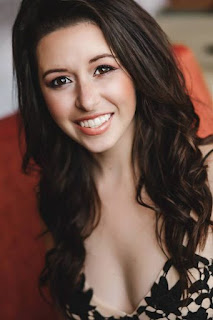 K.A. Linde is the USA Today bestselling author of the Avoiding Series, Wrights, and more than thirty other novels. She has a Masters degree in political science from the University of Georgia, was the head campaign worker for the 2012 presidential campaign at the University of North Carolina at Chapel Hill, and served as the head coach of the Duke University dance team. She loves reading fantasy novels, binge-watching Supernatural, traveling, and dancing in her spare time.
She currently lives in Lubbock, Texas, with her husband and two super-adorable puppies.
Visit her online at Facebook, Twitter, and Instagram @authorkalinde.
Join her newsletter for exclusive content, free books, and giveaways every month.
Stay connected with K.A. Linde 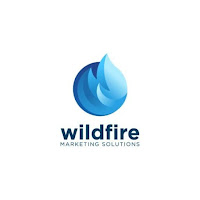