JASMINE's THOUGHTS on Supergirl Season 1 Episode 4 - "How Does She Do It?"

Episode 4 - How Does She Do It?
Synopsis:
Kara's two identities are stretched thin when Supergirl must protect National City from a series of bombings and Kara is tasked with babysitting Cat's son, Carter. Also, James is conflicted when his ex-girlfriend Lucy Lane seeks to rekindle their relationship.

What a mind bend! Someone is watching Supergirl! The question is... "who?" Hmmm... With the influx of villains for Supergirl to tackle, we have learned that these villains could either be alien and/or human. But, boy, does Kara have a lot on her "plate"...haha! Although Kara has established herself as to being Supergirl, she feel that she has to take on "everything." However, the people in her life tell her otherwise. Yup, Kara is still learning as she "comes" into her own as a superhero and as Kara Danvers...Cat's assistant.

As more bomb threats appear, Supergirl finds herself "spread out too thin." She learns that she can't do everything or save everyone. In the end, Kara learns that Supergirl needs help from time to time. However, Supergirl has to determine which danger to tackle first and hand off to those who can help, such as the DEO.

On the other side, Kara's feelings for James keeps growing...It's also apparent that James does have some feelings developing for Kara as well. But, Lucy Lane (Jenna Dewan Tatum) is still in town trying to win James back. With all the dangers appearing, will James and Lucy's romance be rekindled!?! Well, how cliché would that be...haha! But, it worked, especially when it comes to matters of the heart.

Supergirl figures out who is behind these bombings...another villain, maybe!?! Hmmm...why?

The casting for this show is great! Love how Calista Flockhart and Peter Facinelli portrays their characters...on top of the rest of the cast. The casting for these characters is perfect! The show is compelling, yet funny; dramatic, yet light-hearted. It is definitely a family show that is worth watching.

'Til the next episode!

Posted by Jasmine Albitos at 12:26 PM No comments:

Email ThisBlogThis!Share to TwitterShare to FacebookShare to Pinterest
Labels: action, adventure, CBS, DC Comics, Episode 4, How Does She Do It?, Jasmine's Thoughts on, Melissa Benoist, review, Season 1, Supergirl

We are totally stoked to share with you this Sale Blitz for M. Clarke's My Serenity, the second book of the My Clarity series! This love story can be read as a standalone! Get romantic for this holiday weekend! 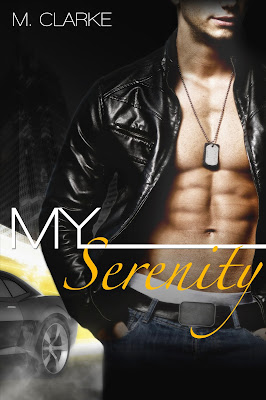 Synopsis:
When tragedy strikes, Seth Stewart is forced to return home after the death of his beloved father. The unexpected detour forces him to oversee the family's auto shop and restaurant business, and Seth must kiss the prestigious internship goodbye after his first year at Berkeley Business School. When he collides with his first crush after his arrival, Seth wonders what possibly could have happened to Josefina Anders.

Josefina has hidden many secrets she is too ashamed to share with anyone, especially Seth. When they cross paths again, the urge to relive their past lingers in her mind even though she knows he couldn't accept her sketchy past. Things get even more complicated when her mother returns, as well as her overly possessive ex, who decides to crash into her fragile existence over again.

Will Seth's connection for Josefina be strong enough to see past her secrets, or will he realize he can't rekindle an old flame? 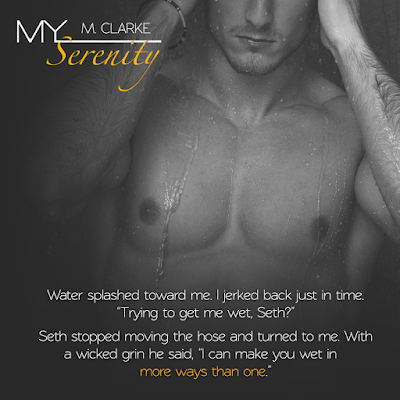 Read my review on My Serenity 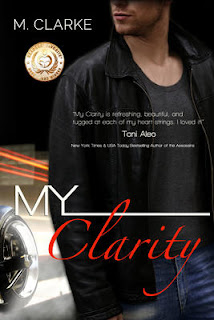 Read my review on My Clarity

M. Clarke, the pseudonym of Mary Ting, resides in Southern California with her husband and two children. She enjoys oil painting and making jewelry. Writing her first novel, Crossroads Saga, happened by chance. It was a way to grieve the death of her beloved grandmother, and inspired by a dream she once had as a young girl. 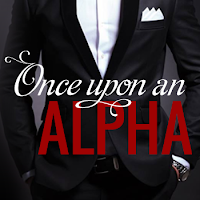 Posted by Jasmine Albitos at 12:00 PM No comments:

Email ThisBlogThis!Share to TwitterShare to FacebookShare to Pinterest
Labels: contemporary, My Clarity, My Serenity, New Adult, Once Upon an Alpha, romance, sale blitz

We are so excited to celebrate the release of Catalyst, the second novel in The Dark Paradise Trilogy, by Heather C. Myers! 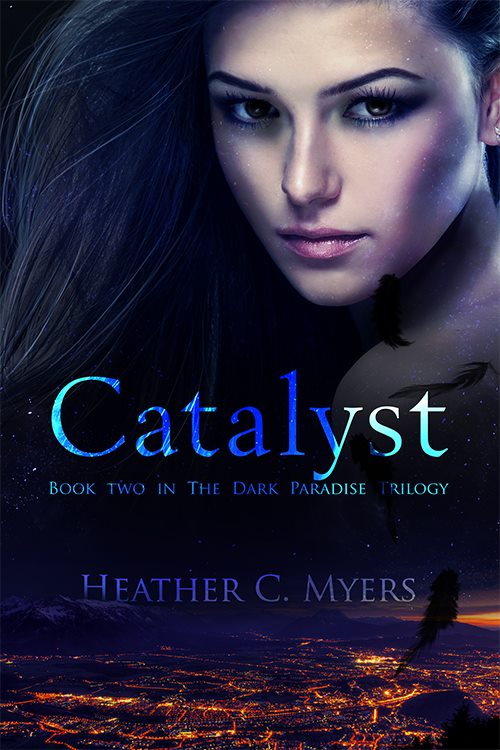 With a new job cleaning up cells at an asylum. Keirah thinks her time with Noir is at an end. That all changes when she's called up to the fourth floor - a floor she's forbidden from due to the prisoners housed there - and finds him, caged ad unassuming. He isn't supposed to be here. She isn't supposed to love him. But fate has brought them together again, and there isn't any arguing with fate.

Both Reese and Andie are on the hunt to track down Keirah from Noir's clutches once more, but this time around, Keirah finds she doesn't want to be found. With a war brewing and Black Wing in danger by law enforcement and one persistent District Attorney, the duo are too distracted to ask themselves an important question:

Was Keirah taken or did she leave of her own freewill?

And if it's the latter, is she even worth saving? 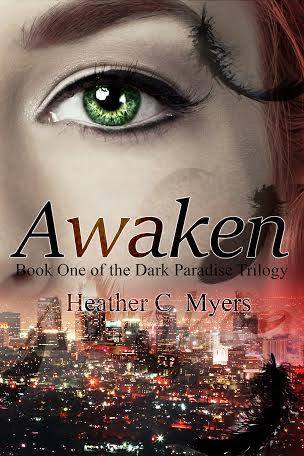 Souls are being recruited by the devil himself to prepare for an all-out war against Heaven, and Reese Lespoir finds herself at the heart of it. She's awoken from a coma by a kiss from a mysterious stranger who's more prickly than prince. She learns she now has the power to see the future, which apparently, requires careful training. Enter Prickly Prince, who seems to find more enjoyment being a witty drunk than honing her craft.

When a girl is taken by Onyx City's most notorious criminal, who may or may not be a demon, Reese is thrust into the forefront of the impending war well before she's ready. Her new friend, Andie Shepherd, is intent on getting her sister back from the demonic criminal at all costs, and if Reese doesn't help her, Andie may have to rely on the assistance of a vigilante known only as Black Wing, dangerous as he is tall, dark and handsome. And that's only if he's in a particularly generous mood. Just because he has wings doesn't always mean he's an angel, after all. 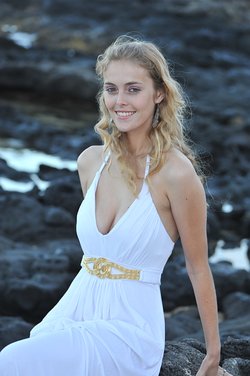 I am an acquired taste. I'm a typical blonde Orange County suburbanite who says 'like' more than necessary, laughs loud and probably obnoxiously, and loves to dance in the rain. I'm a 25 year old college graduate with more than a few tricks up my sleeve, and I also happen to be a pretty big Ducks fan. Oh, and I'm a writer. Like, for real. I recently signed with Anchor Group Publishing, which will see two of my series being published this year. I've self-published over 15 books, with more on the way, so I'm familiar with both a hybrid-traditional publishing method as well as self-publishing. I don't speak in third person (normally) nor do I wear glasses (except when I'm feeling particularly mischievous). I'm lucky to have found my soul mate at the ripe old age of 22, even though he frustrates me on purpose to get a reaction out of me. We live near Disneyland, have two rambunctious female puppies, and have a beautiful baby girl. He has two amazing boys, and has gotten me hooked on Smallville, watching soccer (okay, okay FOOTBALL - FC Barcelona, baby!), and Cancun Juice.

Posted by Jasmine Albitos at 8:29 PM No comments: