We are totally stoked to share with you this Cover Reveal for Never Say Goodbye, the sixth novel in the Rebel Walking Series, by Hilary Storm! 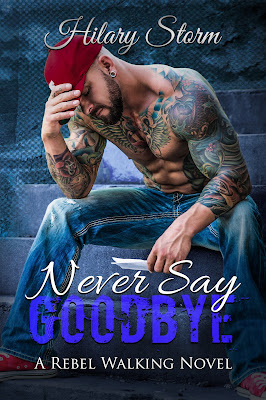 Synopsis:
Luke Jacobs is finally beginning to get his life back. The heartache from losing Lilly will always be there, but he's learning to cope each day with Kimber by his side.

Kimber Reynolds has moved across the country to start over and have a new beginning with Luke. She's seperating herself from her entire past life to take this chance at true love in hopes of getting that happily ever after she's always dreamed of.

Everything was going perfectly until Luke sees the letter. Their worlds begin to crash around them as they both try to search for answers. Will Luke be able to handle the news? Will Kimber be there for him when he needs her the most? Will the past become the present as they try to make sense of what's happening? Find out in the conclusion to Luke's story! 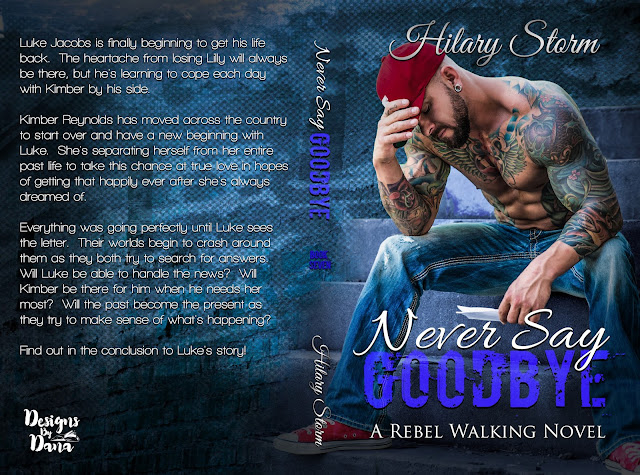 Don't miss the previous titles in the Rebel Walking Series! 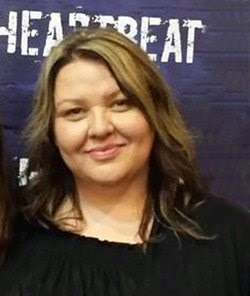