Can it get anymore exciting! I just get chills and goosebumps when I here Godzilla's roar! The excitement is definitely building! This classic Japanese monster movie never gets old no matter how many versions get made!

This trailer revealed more destruction and...wait for it...more shots of Godzilla! We even got a glimpse of a winged creature...a MUTO as they call it!

Check out the recently released UK trailer for Godzilla!

And only almost a month ago, we got a glimpse of the Godzilla Official Main Trailer which featured more on the story/history of how it all began.

Interesting on the differences in trailers!

Synopsis:
An epic rebirth to Toho's iconic Godzilla, this spectacular adventure pits the world's most famous monster against malevolent creatures who, bolstered by humanity's scientific arrogance, threaten our very existence. 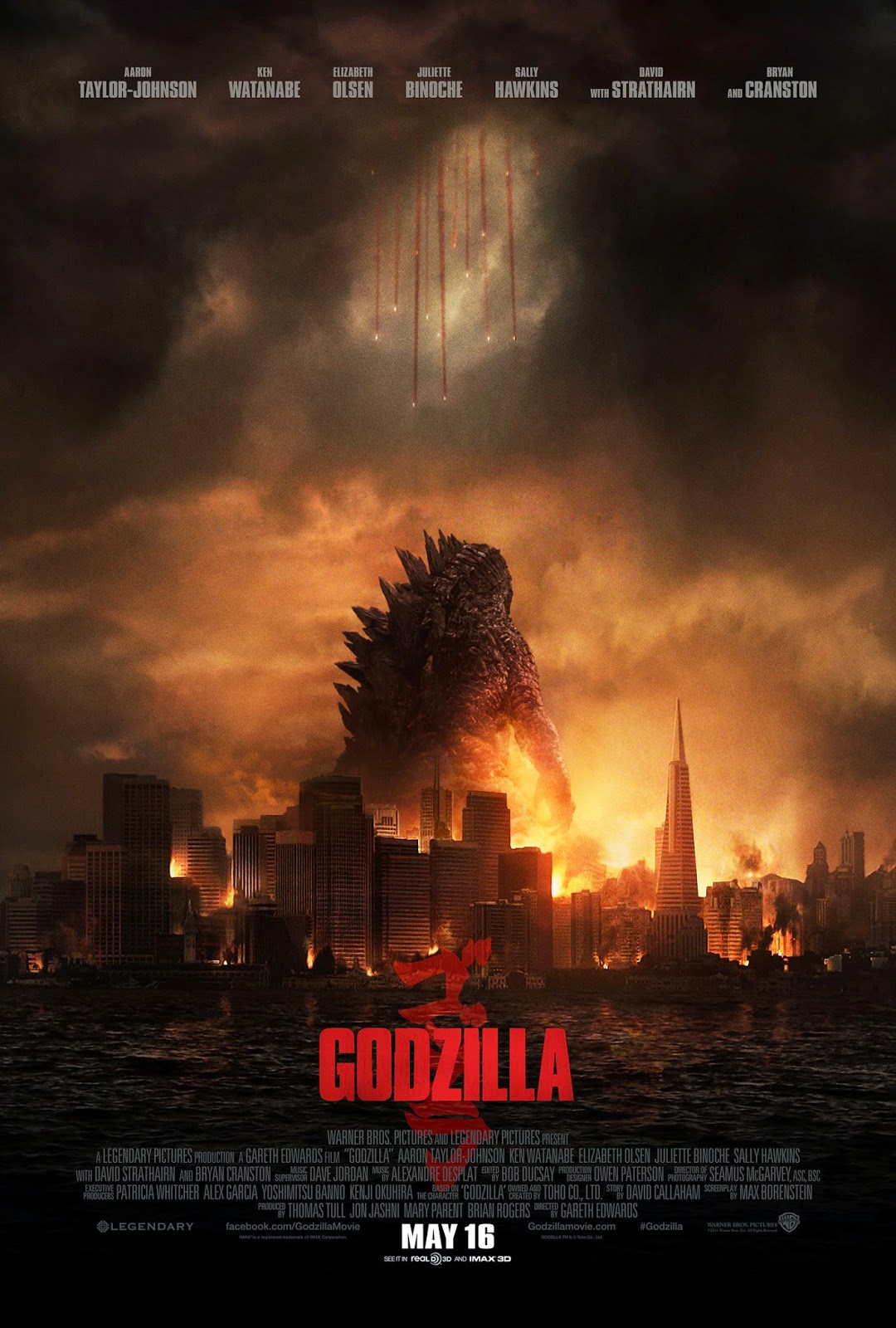 Posted by Jasmine Albitos at 1:10 PM