We are thrilled to kick off this 7-day Nerd Blast for Steal The Stars by Mac Rogers and Nat Cassidy! The novel is based on the debut science fiction podcast from Tor Labs. So... Get a sneak peek into the book with an exclusive excerpt AND an exclusive podcast episode! Not only that!!! There's a cool blast-wide giveaway, too! Check it out and pre-order your copy today!!! 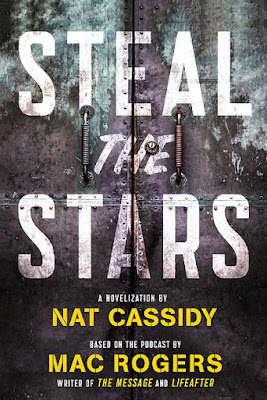 *Excerpt*
R IG H T B E F O R E I heard the guy’s collarbone break, I remembered a print hanging in my grandmother’s house. In the guest bathroom, written in an innocuous font over a pastel flower: “There’s nothing more satisfying than seeing joy on the face of a friend.”
My grandmother had obviously never thrown a guy twice her size across a room before.
Now, look, I’m not a violent person by nature. I don’t actually enjoy fighting. It stresses me out and makes me feel the bad kind of tingly for the rest of the day. But when a guy sidles up to you in one of only a handful of bars you have the option to patronize and his breath smells impossibly of socks and he leads with maybe the tritest pickup line in history, making it both annoying and insulting? Well, you make sacrifices.
“Excuse me,” he breathed, he exhumed, and if I’d had a force shield I would have deployed it. He tried again, his voice low and (snort) sensual. “Excuuuuse me.”
I made the mistake of responding. Not much—barely more than a sustained blink, not even looking in his direction—but he took it as leave to continue. It set him up for the clincher: “Was your daddy a thief?”
T HE T HIN G nobody tells you about the end of your life is sometimes you have so much damn longer to live afterward.
I’m talking days, weeks—hell, decades—from when your life ends until your body finally gets the message. In my case, my life ended the day after I threw this guy across the bar and I’ve been running ever since. I didn’t even get, like, a five-minute break to mourn.
And it’s all your fault, by the way.
Of course, I say my life ended that next day, but the truth is I’ve had difficulty pinning down the exact moment it happened. Believe me, I’ve tried. I really can’t help myself—I may not have been a scientist, but overthinking is something you catch hanging around them, like a disease.
When was the precise moment my hull breached, my engine failed, my horse went tits up? Was it when I looked at your bare chest and realized I could see your heartbeat? Maybe it was before then, that first handshake, looking into those eyes? Maybe it’s the most accurate to say my life ended the day I dropped everything and started working at Quill Marine in the first place, signing my life (and all my fraternization rights) away?
Yes? No? All of the above? Who fucking knows? Technically, it’s not the bullet that kills you, it’s the lack of oxygen to your brain due to the ruptured blood vessels, right? You parse some- thing long enough and it loses all meaning.
Except those eyes. If anything, the more I parsed those eyes, the more meaning they took on.
Anyway. Back to the guy at the bar. 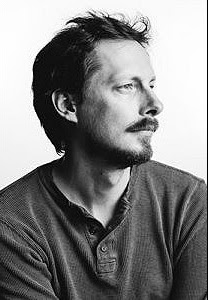 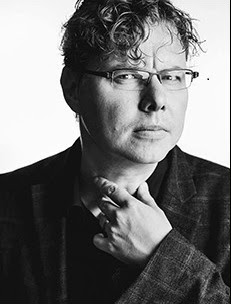