MARIAH's THOUGHTS on Restaurant to Another World (2017) 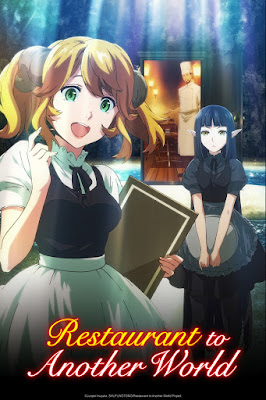 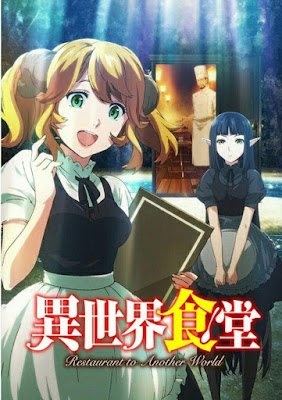 Plot Summary:
At the bottom floor of the building with a dog signboard, in the shopping district near the office street, there lies a cafeteria called "Youshoku no Nekoya," that has an illustration of a cat on the door. It's been open for fifty years and has satisfied various salarymen from nearby offices. Despite it being called a Western cuisine cafeteria, it also provides other varieties of menus. For the people of this certain world, it's their one-and-only special cafeteria.

There is, however, one secret to "Nekoya." The cafeteria is closed to the public every Saturday in order to make way for special guests. When a bell rings, customers from different places of birth and races appear who ask for mysterious and delicious dishes. They are actually the same dishes served to the salarymen, but these special guests find them to be more exotic than to what they are used to. As the cafeteria aims to serve masterpieces, it is usually referred as "Isekai Shokudou."

And so, the bell rings again this week.
source

Isekai Youshoku, or Restaurant to Another World, had beautiful artwork, a loveable cast, and wonderfully decorated food. Every day of its weekly simulcast, Crunchyroll users commented on the intricately drawn and shining food that made their mouths water, stomachs growl, and made them envious of the anime world.Isekai Youshoku was light-hearted and entertaining but it lacked a plot that could drive it forward. The opening theme was a jubilee of different characters the viewer would encounter and the foods they would have enjoyed. If you watch closely you will have already seen who would be included throughout the 12 episodes. It wasn’t so much a spoiler to the entire anime but it made the viewer i.e. me curious to see what each character and the anime had to offer. The ending theme was tranquil and slow like the closing of a shop. As a viewer, we would see an empty Nekoya, clean dishes, and Aletta exit the restaurant.

The main cast consists of the restaurant’s owner, Tenshu, and his waitresses, Aletta and Kuro. In terms of character development, the anime is repetitive and bit slow. The viewer does not get a full reveal of how Tenshu and his restaurant is able to transport to another world every seven days until the end. Even with that big reveal, it left a rather bland taste in my mouth because of how blunt or simple the explanation was. The characters with a bit more development to them are his waitresses. The explanation lacked depth as if the story asked you to, “just accept it.” Aletta and Kuro were introduced at different points in the story and, like any rational person, were wary characters of the restaurant until later episodes. They were quiet when first introduced but become more comfortable in Nekoya as the episodes progressed.

In comparison to Shokugeki no Soma or Food Wars, Isekai Youshoku pales in regards to plot. The plot itself, mentioned earlier, lacked depth or anything new. A new customer every episode, some reoccurring characters, and their dialogue of how wonderful their meal tasted. It made other Crunchyroll users and myself wonder why we were watching Isekai Youshoku yet here we are, having finished all 12 episodes and writing a review. I don’t think it was the plot that was necessarily important. The anime held an underlying message. If the viewer were to look at Isekai Youshoku as a gathering place where people of different races, species, and magical levels can come together, it would represent harmony and cooperation. If the characters had something in common, then they wouldn’t necessarily fight aside from verbal warfare wherein “my dish is the better choice.”

Isekai Youshoku was a calm anime that filled the viewer with content or could inspire others to cook and decorate dishes of their own. It ended the summer with a humble whisper rather than an exciting bang. 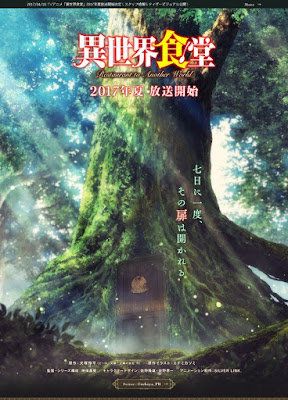