We are so excited and thrilled to be celebrating the release of Crane, the first book of the Legends Saga, by Stacey Rourke! 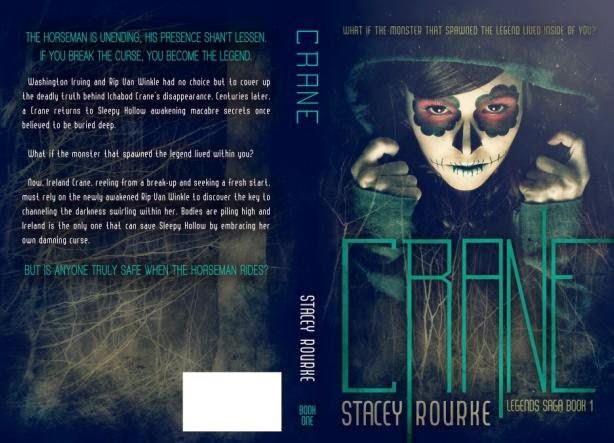 There is nothing worse than being put on the spot nd asked to talk about yourself. For me it brings back that inevitable moment in a new school when the teacher would ask me to stand up, introduce myself and tell the class something about myself. I was always worried I would blurt out something stupid that I would get teased for. Something like, "My name's Stacey and I like pickles!" then for the rest of the school year I'd be known as the Pickle Girl and lets be honest, no one wants that. So to avoid such a faux pas I will simply say that I love to write. It allows me to get my crazy out just enough that I can function as a normal member of society.

Stacey Rourke lives in Michigan with her husband, two beautiful daughters, and two giant, dogs. She loves to travel, has an unhealthy shoe addiction and considers herself blessed to make a career out of talking to the imaginary people that live in her head. RONE Award Winner for Best YA Paranormal Work of 2012 for Embrace, a Gryphon Series Novel
Young Adult and Teen Reader voted Author of the Year 2012
Turning Pages Magazine Winner for Best YA book of 2013 & Best Teen Book of 2013