NERD BLAST: Vengeance Is Mine by Harry James Krebs

Welcome to the Book Blast for Vengeance Is Mine, the first book in the Benjamin Tucker Mystery series, by Harry James Krebs! 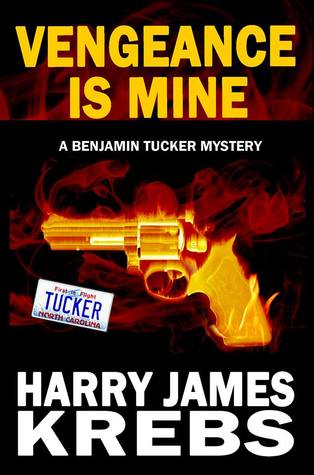 Synopsis:
Driven by a traumatic, violent event in his teenage years, Benjamin Tucker, bestselling true crime author, is obsessed with helping authorities solve savage crimes near his home turf of Holly Springs, North Carolina. When a series of decapitated female victims is found in neighboring communities, he is helplessly drawn in to the investigation to help bring the killer to justice. But in a bizarre twist of events, the psychopathic murderer becomes fascinated with Tucker and stalks him, presenting him with unimaginable, grotesque gifts. The hunt for the killer turns personal and Tucker isn't sure if he's become the killer's idol or his next victim.

Vengeance Is Mine, a gripping thriller with a healthy dose of droll humor, is a tale of sadistic revenge guaranteed to keep readers on the edge of their seats until the very last page.

After receiving his BA in Applied Physics from Aurora University in Illinois, Harry spent thirty-seven years with United States Department of Energy Contractors as a senior mechanical engineer. He designed, built, maintained, and operated large experimental detectors for high-energy physics experiments at national laboratories such as the Fermi National Accelerator Laboratory, the Superconducting Super Collider, and the SLAC National Accelerator Laboratory at Stanford University.

Krebs always wanted to write mystery novels, but his engineering career left him little time to write until now. His first novel, Fractured Persona, is based on a recurring dream where he would wake up in someone else's body and life.

The author and his wife currently live in Raleigh, North Carolina with their Chihuahua, Lucille.

Note:
Book Nerd Tours is NOT responsible for Lost or Damaged Books in your Mail Box