Welcome to the exciting Book Blitz for Shadows and Light, a compilation of YA Paranormal Romance stories, by Melissa Haag! 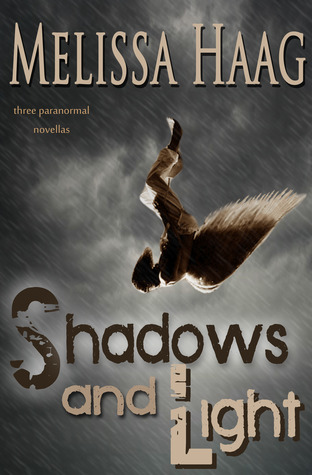 Reap the Shadow, Slay the Light
I don’t know what I am, but I’m not human…and neither are the creatures that killed my mom. Running will only carry me so far because there’s a darkness within me, ready to destroy me, and a burning light, begging for escape. It’s the light that screams to my pursuers and works them into a frenzy. Though the darkness might kill me, releasing the light might kill us all…

*Excerpt*
Reap the Shadow, Slay the Light
After suffering at the hands of her step brother, Pheobe runs to Willam and discovers there’s more to the world than what she knew: Shadows will kill her if they find her light.

I didn’t know he’d entered the room until he tried to say something to me.  I didn’t wait to hear what.  Instead, with hands curled into fists, I came up swinging.  I wanted to punch him in the face to knock the whistle right out of him, but my right hand landed solidly against his chest.  I almost stopped, surprised at my misjudgment.  My swing had been really off.  I’d never noticed we weren’t the same size.  It just made me angrier that he was taller…by a lot.  So, instead of stopping, I continued to rain blows on his chest.


He stood still, taking it all with silence.


Then, like a burst balloon, the rage left me.  For several moments, I just stood there staring at my fists still rested against his chest.  Neither of us moved as my breathing slowed.  Drained and shaking, I lifted my tear-streaked face to his.“I will hate them until I die.  Someday, I might hate you too...but not today.”His face held no judgment.  He opened his arms and pulled me against the chest I’d just pummeled.


“I know,” he whispered against my hair.

WarWolf: Half breed
Ema fights to suppress her werewolf emotions and deny her warlock powers. It isn’t easy being a half-breed, but she is determined to slide through life unnoticed by either group. When the warlock leaders team up with humans to force paranormal registration, Ema believes she must choose between her two unwanted worlds. An unexpected companion shows her not all emotions are bad, and power has its benefits.

*Excerpt*
WarWolf: Half breed
Ema fights to suppress her werewolf emotions and deny her warlock powers.  Declan does his best to show her emotions aren’t too bad after all.

After hours of restless moving, I’d finally given into exhaustion, and in my sleep, I’d found a more comfortable position.  My head rested on Declan’s chest, and my arm curled around his waist.  Naturally, my leg had drifted over his; it was just more comfy that way.  Waking wrapped around Declan was very nice...initially.


Relaxed, warm, and still sleepy, my first inclination was to snuggle in further and go back to sleep.  Then, I became aware of some warning signs.  His chest vibrated in a silent purr.  He lightly touched my hair, his fingers trailing along the strands.  He was way too content.


I sat up abruptly, grabbed my pillow, and stuffed it into my bag.


“We should get moving,” I said as I fed the blanket into the bag next.


I didn’t look at him.  As soon as I had the blanket tucked away, I barreled out of our cozy cube and just barely avoided stepping on his head.

Moved
“Werewolves are real but the legends are wrong…”


It’s the secret Gillian’s father has tried to keep from her and the reason he’s so overprotective. But, he goes too far when he exiles Gillian to a house in the middle of nowhere. Her new landlord, Racer, is more like a cute jailer who has strict orders to keep her safely trapped.
Battle lines between independence and obligation are drawn as Gillian decides just how far she’s willing to go to win back her freedom. And Racer needs to decide what he’s willing to endure to keep her close.

*Excerpt*
Moved
Gillian’s father goes too far when he exiles her to a house in the middle of nowhere.  Gillian must decide just how far she’s willing to go to win back her freedom.  And Racer needs to decide what he’s willing to endure to keep her close.

Cold water hit me in the face. I gasped and sputtered and sat up. Racer stood beside the bed, eyes bloodshot and furious. He'd turned the bedroom light on. The clock beside the bed read just after one.

"Is my power back on ?" I asked, wiping my eyese as if it were nothing unusual to be awakened with water in the face.

His gritted teeth didn't part when he growled his answer. "Yes."

"Great." I tossed back the damp covers. "Sorry about the wet bed." I left as abruptly as I arrived. When I was on the stairs, I heard him yell.

I sprinted up the rest of the stairs and closed myself into my apartment. Racer was ready for the next phase of my plan. I went to bed, openly laughing. 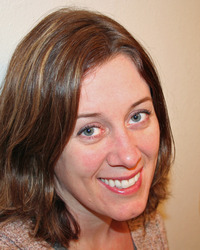 Melissa Haag currently resides in Wisconsin with her husband and three children. Touch is her first published novel. She is currently working on book four of the Judgement of the Six Series...along with several other new books.

Other books by Melissa Haag:
Judgement of the Six Series