Welcome to the Official Blog Tour for Goddess Born by Kari Edgren! 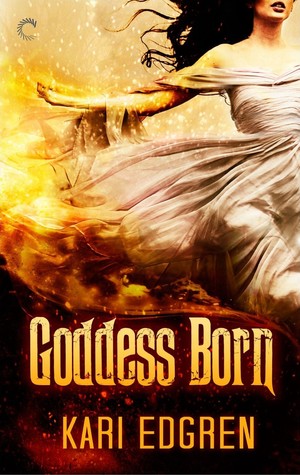 Selah Kilbrid keeps a dangerous secret: she has the power to heal.

A direct descendent of the Celtic goddess Brigid, it's Selah's sacred duty to help those in need. But as the last of the Goddess Born living in the New World, she learned from an early age to keep her supernatural abilities hidden. The Quaker community of Hopewell has always been welcoming, but there's no doubt they would see her hanged if her gift was revealed.

When a prominent minister threatens to try her with witchcraft unless she becomes his wife, Selah has only one hope--that her betrothed, a distant cousin from Ireland, arrives as planned. Marrying Samuel would keep her secret safe, preserve her sacred bloodline, and protect her from being charged as a witch.

But when news of Samuel's death reaches the Colonies, Selah is truly on her own. Terrified, she faces an impossible choice--forfeit her powers and marry the loathesome Nathan? Or find an imposter to pose as her husband and preserve her birthright?

Non-Traditional. That has a nice ring to it. And it sure beats being called 'weird' or 'miss-labeled'. Almost official even...

When I first started writing Goddess Born, it was considered YA/Crossover. In the few years since, crossover gave way to New Adult, and it didn't take much time before I was shown the YA door. To be honest, I didn't want to go. Goddess Born was historical and sweet--not college and hot. And for the past year while preparing to publish, I've felt like the ugly duckling in the NA pond. When people familiar with the genre asked what I wrote, I soon got use to the confused or patronizing comments. "Really? New Adult? But you write historical. And your characters don't have sex. How could you ever be New Adult?" Good question, and one I've asked a million times--do I belong here?

Fast forward a year. The space has started to expand... a little bit. Maybe just light betwee the cracks, but that's something to work with. And I've grown too. So rather than give a hurried explanation of what I write in anticipation of the blowback, I've learned to dig some elbows in my fellow NA authors' ribs, and say "Hey, move over. There's space enough for everyone here." There has to be, or else NA won't develop the necessary legs to stand on and will eventually tip over and die.

The years between 18 and 25 - from young adult to full adult - are a time of tremendous personal growth. They are also a time when many young people buck at norms and restraints in their search of self and happiness. So why not give the genre adequate freedom to explore and create stories unique to this period of life? For some writers, this will bring them to college campuses with tattooed, motorcycle-riding heroes and heroines. For others, the 'non-traditionals' like me, it could lead to Colonial Pennsylvania wit a few Quakers and a Goddess thrown in to keep things interesting. 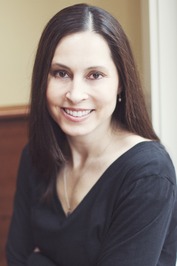 Kari Edgren did not dream of becoming a writer. Instead, she dreamed of everything else and was often made to stay inside during kindergarten recess to practice her letters. Despite doting parents and a decent school system, Ms. Edgren managed to make it through elementary school having completed only one book cover to cover - The Box Car Children, which she read approximately forty-seven times. Things improved during high school, but not until she rad Gabrielle Garcia Marquez's One Hundred Years of Solitude in college, did she truly understand the poser of a book.

Ms. Edregn aspires to be a Vulcan, a world-acclaimed opera singer, and two inches taller. She resides in the Pacific NW where she spends a great deal of time torturing her husband and children with strange food and random historical facts. Ms. Edgren hasn't stopped dreaming, but has finally master her letters enough to put the stories on paper.