EXCERPT TOUR: The Rancher Takes A Wife by Leslea Tash

Welcome to the Excerpt Reveal Tour for The Rancher Takes a Wife, the first book of the Montana Brides series, by Leslea Tash! 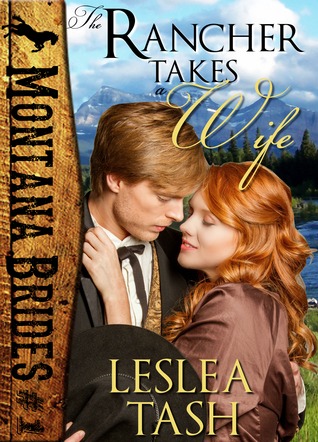 Synopsis:
Chastity Lilly is no flapper. In 1920s New York, she's determined to find a career as a teacher so she can support her family upstate. But one thing leads to another, and the company she keeps in the big city leads her down a very different path than the one she sought.When she helps a handsome rancher in town looking for his own errant sister, can she turn her act around? Will she take his offer of a teaching position in Wedlock, Montana and make a brand new start? And if she does, can she--and the rancher--leave the past behind to forge a new future together? Not if the rancher's sister has her way.This is a sweet historical Western romance. There are no PG-13 or R-rated scenes.

*Excerpt*
“Better,” Carl said, slinging his suit jacket into the backseat of the Packard. It was a nice car. The salary Carl offered was better than average for a teacher. He could obviously afford luxuries that most folks couldn’t. His material wealth was sure to make him desirable to any woman, but as he smiled at me with his Montana sky blue eyes, putting the car back into gear and waving to a passing motorist, all I could think about was the way the breeze was ruffling his sandy blonde hair. The way he smiled when he said my name, as though his words were the refrain of his favorite song. The way he made me feel when his fingers brushed my skin. Whether or not I should roll up my shirt sleeves, in hopes of an accidental touch.
Carl talked at length about Wedlock, and I thought I should like to explore it with him, but every time I tried to answer his narrative with a question, I felt the strain of my emotions rising against me. For the first time in my life I was conscious of how I came off, and I was paralyzed with anxiety over saying the wrong thing. I wanted to be as charming as he was. I wanted to do my job as a teacher well. I wanted to see the children again. I didn’t want to ruin my chance at building a life here, with or without a handsome companion like Carl.
I kept my mouth shut, even if it made me appear dull and foolish. I was more afraid of opening it and cementing the impression.
As Carl followed Harville into the parking lot of a restaurant in Missoula I was so uptight with the stress and pressure of my new life, I entertained regrets about the choice to come to Montana at all.
Carl turned off the car and turned to face me. “You’ve been awful quiet the past few hours.”
“A lot on my mind.”
“The children?”
I nodded.
“Now, take heart. They close the railway down in winter, anyway, so you’d have to wait for spring in either case. This way, you can set up house, get to know the community and the students—“
Harville climbed down from his wagon and scratched his bum, spitting into the dirt.
“And the special students, like Harville. By the time six months of teaching have passed, you’ll have everything you need for your brothers and sister. Home ain’t built in a day, you know.”
“I think the saying is ‘Rome wasn’t built in a day.’”
He smiled. “That, too, Miss Chastity. That, too.”
I didn’t know what to say. I hadn’t meant to stare into his blue eyes while he was talking. I hadn’t meant to lose myself in the sound of his voice.


Carl leaned in, smiling. “I hope you’ll want to stay, Miss Chastity.” He hovered so close, I thought he might reach out and touch my cheek, but he turned and quickly slipped out of the Packard, instead. “C’mon. Let’s grab a bite. Harville’s likely to propose to the barmaid if we don’t get in there fast.”

Enter the Goodreads Giveaway for a chance to win a copy of The Rancher Takes a Wife! 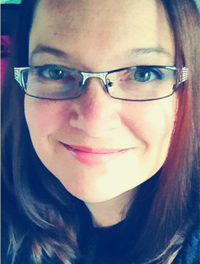 Leslea Tash is a journalist-turned-novelist, an avid bird nerd and the happily married mom of four. She has been a professional writer for many years. This is her first romance novel.