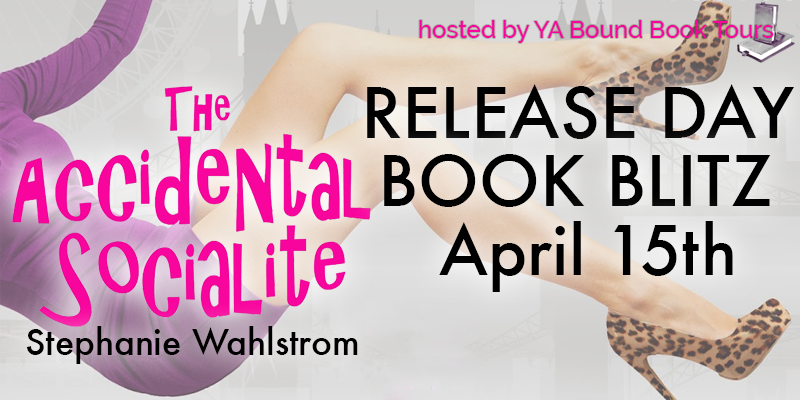 Welcome to the exciting Release Day Book Blitz for The Accidental Socialite by Stephanie Wahlstorm! 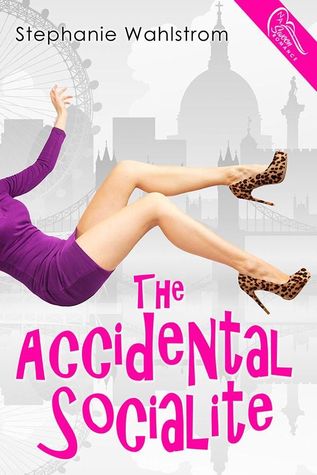 Synopsis:
Quirky and clumsy twenty-two-year-old Paige Crawford arrives in London on a cold Saturday in January. Just when Paige starts to think that moving thousands of miles away from home with no real plan was a bad idea, Jason Frost appears. Confident and classy, Jason is the complete opposite of Paige and just what she needs in her life, or so she thinks.


But before their romance has time to blossom, Paige trips and falls into the arms of a mysterious man on a drunken night out. She’s snapped by paparazzi, and newspaper headlines the next day suggest that she’s having an affair with a married footballer.


Paige finds herself instantly elevated to tabloid celebrity status which isn’t exactly a picnic, particularly when trying to juggle her new job at Fashionista magazine, a catalog of dating disasters and a nagging doubt that she maybe she can’t conquer London after all.


When a trip back to Canada for Christmas reminds Paige why she left her old life behind, she returns to London with renewed vigor realizing that while jobs, flats and men may come and go, friends in London are forever.

*Excerpt*
I was practically down on my knees praying they would have a table for one when the Gap model/waiter from the other day spotted me and came over.
“What are you doing here?” he asked, eyes darting around behind me.
“Ummm, you serve food and I’m hungry, isn’t that normally how restaurants work?” I was clearly doing all I could to squash that ‘Canadians are super nice’ rumour.
“Come with me.” He grabbed my arm and dragged me to the back of the restaurant. “No, I mean what are you doing out after last night?”
I knew I looked like shit, but how did he know what kind of night I had? He grew impatient with my obvious hangover induced mental handicap and shoved today’s copy of The Sun in my face.
It took me a minute to register what I was seeing but once I did, I dropped onto the banquette in shock. There I was on the front cover of England’s best selling national newspaper in an apparent romantic embrace with a man I’d never seen before. The paper named him as Stuart Smith, superstar Chelsea footballer, notorious ladies man, and apparently married to some pop star named Kerry. Poop.
Gap model/waiter sat down next to me. “What happened? Are you dating him?”
“Uh –Uh-, No! No I’m not! I was at The Box and there were all these flashes and I tripped and I don’t know. Oh my god! Seriously, I got here YESTERDAY!” Why was I on the front cover of this paper?
The article insinuated that I was some home wrecker that this Stuart guy had been fooling around with behind the back of his beautiful wife. Easy, I was just going to have to call up the paper and get this whole thing fixed. No big deal. And it was a pretty good picture of me, so that was an upside to the whole debacle.
The waiter was freaking out. “Listen honey my name is Duncan and this is my number. I know someone at The Sun and I’m sure he’ll sort this out for you. Are you hungry? Eggs Benedict again?” This guy seemed to think this was a bigger deal than I did. My brain knew I should be slightly more alarmed, but my head was still clouded and would be until I had food.
“Yes please.” I gave him my biggest smile. Nobody actually cared about this, right?


I picked at my meal and pretended not to notice everyone staring at me. My appetite was gone, which was not only strange, but also tragic because the hollandaise was shouting ‘eat me now!’ Why on earth did this paper jump to a conclusion that was so clearly false? And why did everyone believe what they read? 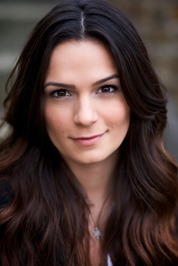 Growing up in Edmonton, Canada, a significant amount of Stephanie Wahlstrom’s time was spent making up and acting out stories. She was studying to be an actress when she realized there weren’t any parts for women being written. So, Stephanie wrote herself a short screenplay just to be in it and quickly realized that writing was her true passion. She graduated from the University of Alberta with an English and Sociology degree and she also has a Bachelor of Motion Picture Arts from Red Deer College. She moved to New York on a whim after University and has written a variety of TV shows including an environmentally friendly lifestyle series and a tween magazine style show about celebrities. Stephanie moved to London in 2008 and aside from being obsessed with Eggs Benedict, shoes, Fruit Roll Ups and travelling, she also works in Children’s Television.