Welcome to the Official Blog Tour for The Manhattan Ten Series by Lola Dodge! 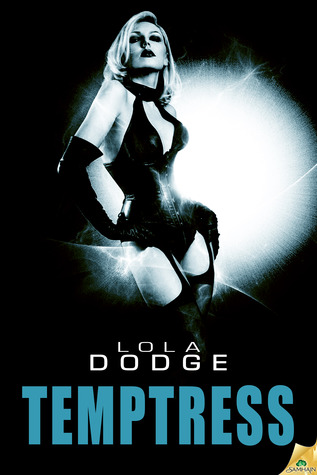 Kidnapping a super-powered suspected felon from a Vegas bachelor party is another day at the office of Jenny Ray, alias Temptress. With one kiss, any naughty supe's powers are hers. Except this time she's caught by her mark's boss, who's no ordinary superhero.

It's Thinktank, leader of the toughest hero crew around. One destroyed men's room and near-toilet-drowning later, Jenny's forced to steal an innocent hero's powers.

For a super brain, Tank's feeling pretty idiotic. First, he let Jenny close enough to get to him. Second, he's helpless against the tide of desire that rises in him every time he kisses her. Which he's doing a lot, since she's trying to give him back his power--only it's not working. As he shadows her on her various freelance casino security jobs, he realizes she's no she-demon--she's a time bomb. her acquired powers are shredding her, body and soul.

As they give in to desire, a shadowy figure from Jenny's past surfaces with a kidnapping plan of his own. Jenny will do anything--even level Las Vegas--to rescue the man she loves. But there may not be anything left of her when the dust settles.

**My Thoughts**
I totally loved it! Story of super heroes with normal, everyday, average person issues. Yup! They are human, too, just with amazing, super abilities. Here we have Jenny who is also a super, but she doesn't want to be a hero...she's content at living under the radar, especially when she has a lot of issues...as well as, a lot of super abilities!

This book is filled with sexy romance and funny moments that can happen to anybody, including supers. Temptress is a light, action-packed, and funny read with a twist of "real" issues and mystery. 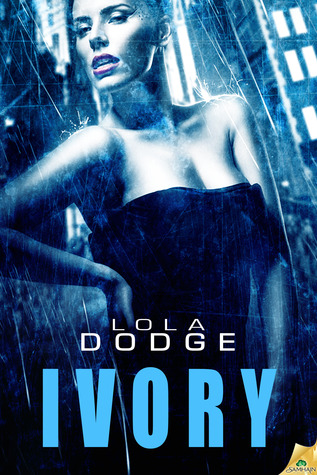 Synopsis:
That cold day in hell? It's here...

If Ivory's fellow flight attendants whisper that she has ice in her veins, they'd be right. She's spent years ruthlessly suppressing her dangerous ice powers, pretending she didn't grow up on the tundra.

Her legendary coolness has held solid--until a crazed attacker snaps her composure, unleashing her ice beast and blowing her cover. And she's not sure if the man who defuses the situation is an less dangerous.

When Panther's trans-Atlantic catnap is interrupted by Ivory's ice spear through his mark's gut, he doesn't hesitate to claim her as one of the Manhattan Ten. It's the only way to shield her from prosecution. It doesn't hurt that the Nordic beauty puts in inner cat on the prowl.

Panther tempts Ivory in every smoldering way, but to let him melt her resistance is a risk she can't afford. But when her past rises up to claim her, Pan is caught in the crossfire...and the only way to save him is to let the beast claim her, body and soul.

Product Warning:
Contains one smoldering ice vixen and the sex beast man who wants to get his claws all over her. Make sure your icemaker is in tip-top shape before reading. Mukluks optional.

**My Thoughts**
Talk about opposites attract! When Ivory and Panther meet, it's an attraction that they both cannot resist. I loved the snarky remarks and the humorous antics of these characters. They may be superheroes, but they are not perfect. In Ivory, Panther comes across Ivory while on assignment, from that moment on, the attraction ignites and the passion flows...no matter how much Ivory tries to deny it and pushes the supers of M-10 away.

Another funny, action-filled romance of supers living the life of a hero, but, yet, dealing with their issues. 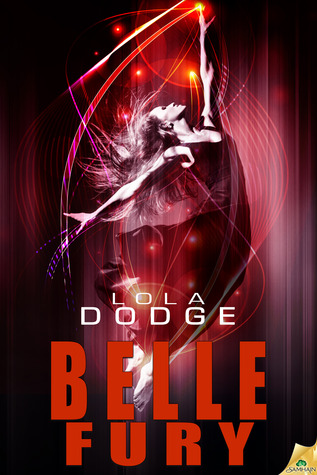 Synopsis:
This is one diva with killer moves...

Belle Fabian has worked her toes to the bone to become an internationally renowned ballerina. When the curtains rise on her career-making performance of Giselle, she brings down the house--literally.

Mid-dance, she manifests a superpower that nearly destroys the Metropolitan Opera House, wiping out a line of chorus girls and sending the audience dashing for the exits. As she flees the theater, she assumes the worst. Her hard-won career is over.

The Manhattan Ten's leader is playing hooky with his new lady, so it falls to Red Ruin to round up the super-powered danseur. It's just one small, bird-boned woman hiding in a convenience store. How hard could it be?

Their first encounter generates sparks that border nuclear and their chemistry sends Belle's powers into overdrive, but their perfect storm of passion is marred by her suspicion that Ruin is holding back. That secret that could turn the sweet burn of Ruin's lightning into a permanent scar on her heart.

Product Warning:
Contains one lightning-hot hero and a not-so-blushing ballerina. May cause third-degree burns and spontaneous tango.

**My Thoughts**
Into the third book of the series and I am addicted! This time around, the characters this story focuses on is Red Ruin and Belle Fury. These two are so much alike in so many ways. I love how they each have their own demons to fight...all the while trying to keep their abilities in check. This budding new romance with these supers is definitely electrifying (no pun intended). It's not as action-packed as the first two books in the series, but there was a lot of soul searching, for both of them, to find out who they are and what they are capable of doing ad accomplishing. I really enjoyed that these supers have feelings, too.

I am definitely looking forward to the next book in The Manhattan Ten Series!

Pick up The Manhattan Ten Series at these fine retailers:

Lola Dodge was forged in the suburbs, tested in the retail wastelands and reborn as a romance writer after several strong cocktails. Armed wit her M.F.A. in Writing Popular Fiction, she travels the world in search of story fodder and men with accents.

Must be 13+ to Enter, 18+ to Win Books
Giveaway is open Internationally