Welcome to the Official Blog Tour for Girls Love Travis Walker by Anne Pfeffer! The tour will consist of reviews, with a few guest posts and interviews. 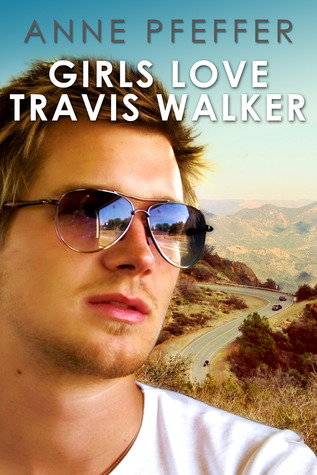 Summary from Goodreads:
To nineteen-year-old high school dropout Travis Walker, women are like snowflakes--each one different, but beautiful in her own way.

He can charm any girl he meets, and yet down deep he fears he'll always be a loser like his jailbird father. As the landlady threatens to evict him and his sick mother, Travis takes a job he hates and spends his evenings picking up girls at a nearby night spot.

When he enlists in a teen program at the local fire station, he finds out he's amazing at it. Then he meets the smoking hot Kat Summers, enlists Kat's friend Zoey to help him woo her, and falls in love for the first time ever.

But he keeps the details of his life secret. His girl will never love him back if she knows the truth about him....

1. Thank you for taking the time for this interview! I thought we could start with the all-too-common question, what inspired you to become a writer?
I started out about eight years ago, wanting to be the next Dr. Seuss. I would write these long poem-stories about our pet rabbits, Peri and Winkle. My first clue that this was not a good idea came at a writer's conference, where an editor complained about the abundance of "awful amateur writers who write bad verse about their pet bunnies." That's literally what he said.

I eventually gave up the bunny poems and switched to YA novels, where I (along with everybody else) am happier.

2. Favorite books and/or authors that inspire you?
For contemporary books, John Green and Laurie Halse Anderson. For children's fantasy, J.K. Rowling and Roald Dahl. I'd love to be as good as they are.

3. Favorite place to write?
My own desk, looking at the trees outside my window.

4. What was the inspiration/idea behind Girls Love Travis Walker?
I once knew a guy like Travis, and he struck me as a cool character to write about. I wanted to write a "bad boy turns good" story, which interests so many girls (including myself!).

Also, I love doing research and had this idea that it would be fun to learn about the firefighters (how could it not be?). I think I envisioned myself hanging out with handsome firefighters at the station, and so forth. That didn't quite happen, but I still liked doing the research. Those guys are amazing, true heroes, and I tried to show that in my book.

5. Are the characters from your imagination or from real people and/or experiences? Or a little bit of both?
They're mainly from my imagination, although sometimes they're inspired by someone real, as in the case of Travis. But my books aren't generally very autobiographical.

6. What part of the book was the easiest to write? And the hardest?
Probably the hardest parts were the difficult scenes between Travis and Zoey. It was tough to get the communication between them just right, so the scene said exactly what I wanted it to.

Easiest were the interior monologue scenes in Travis's head. I was so wired into him, it wasn't hard to get him down on paper.

7. Out of all your books, which character(s) was your favorite to write?
It's hard to pick out one, although my favorites are definitely the male characters. I don't know why, but I write boys better than girls. I loved writing Ryan in Any Other Night, Jeremy in The Wedding Cake Girl, and Travis in this book.

8. What are you currently working on? What can we anticipate in the near future?
I've just finished a fantasy for third through fifth graders called Undercover Hamster. It's quite a change for me. It was a blast to write Where to next? I'm not sure!

9. What's the last book you read?
I just finished Covet by Tracey Garvis Graves. I loved it!

10. When you're not writing, what are you doing?
Swimming at the Y, walking my dachshund, hanging with my family. What else? Playing online poker. I'm a failed knitter and I can't cook, so I don't do those things.

12. I have a lot of friends who are aspiring writers, what advice would you give them?
Do it for the right reason, i.e. because you love it. Learn your craft, so you can do it really well. Enjoy the process, and forget about fame and fortune. If those last two come to you, great, but don't lose any sleep waiting for them, either.

Anne Pfeffer grew up in Phoenix, Arizona, where she's lived out in the desert and had a bay quarter horse named Dolly. When she's not riding, Anne was holed up somewhere reading Laura Ingalls Wilder or the Oz books, or later on, Jane Eyre and The Grapes of Wrath. Horses eventually faded as an interest, but she ended up with a lifelong love of books and reading.

After college and eight years of living in cold places like Chicago and New York, Anne escaped back to the land of sunshine. She has lived in Los Angeles, California, near a large rotating neon chicken head with her daughter and her dachshund Taco. She have worked in banking and as a pro bono attorney, doing adoptions and guardianships for abandoned children.

As a writer, Anne has always been interested in children's books, since they had meant so much to her as a kid. She found she especially liked writing books for teens. She's published three books in the Young/New Adult category and have now switched gears. Her next book will be a fantasy for third and fourth graders. 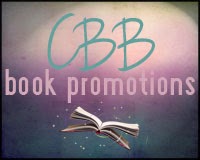