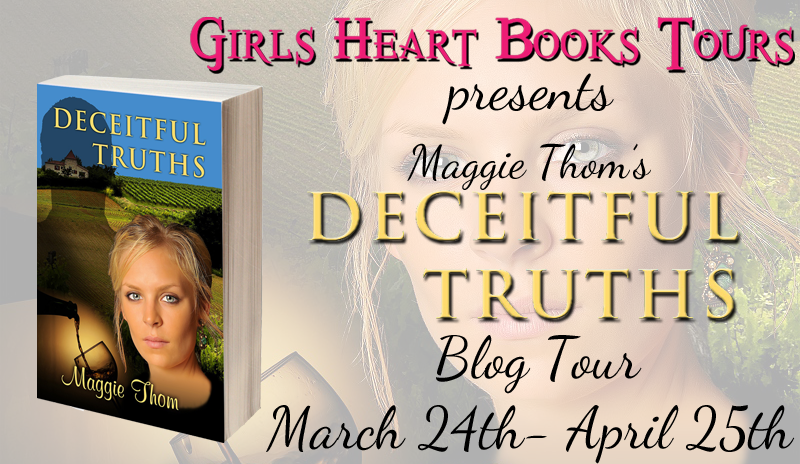 Welcome to the Official Blog Tour for Deceitful Truths, #2 of the Caspian Wine series, by Maggie Thom! 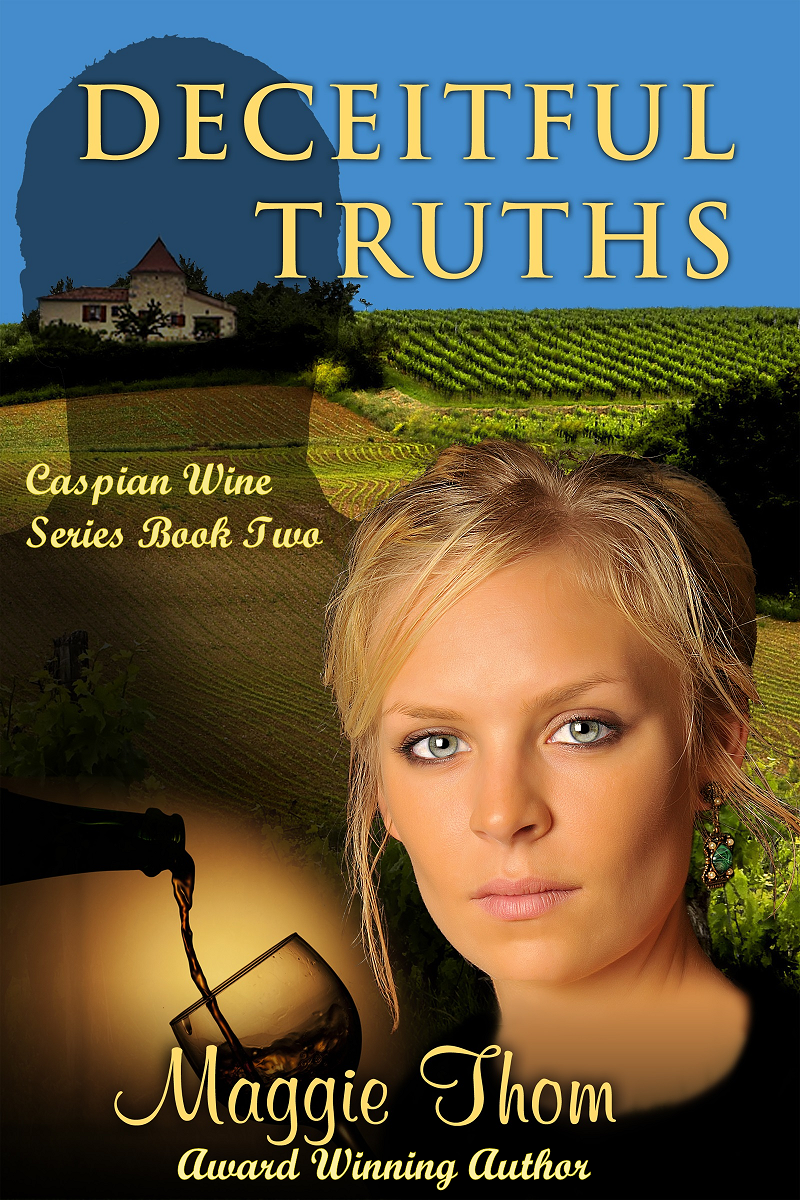 Synopsis:
He created a legacy that no one could imagine...
Tarin has lost a week of her life. She doesn't know what happened but not long after she returns to work she is suspended from her job. Confused and pregnant, she quits and agrees to marry Stephen, only to be thrown into a whole new nightmare. Desperate, she grabs her son and moves across the country to get away from her abusive husband and to avoid her unforgiving father. Thrilled at getting the job at Knights Associates, where she'll help them solve cyber crimes but also be able to use their connections and resources to find her own answers. Who stole a week of her life? And will they return to steal the secret she is now protecting?
Graham and his partner Guy, can't keep up with the demand. They are being flooded with requests at Knights Associates, where they offer a combined service of private investigator and that of solving cyber crimes. It appears that someone wants to get their attention as not only have they been hacked but Guy's family business, Caspian Winery, seems to be under attack as well. Hiring an assistant seems to be the answer but when Graham discovers she's been accessing their high-security accounts, he realizes the cause of their predicament might be closer then he thought. Is there new assistant behind the problems they're having? If she's so innocent why does someone want to abduct her?
Tarin and Graham discover that although they don't trust each other, they are forced to work together to solve several seemingly unrelated crimes that may lead to one disastrous conclusion. Can they figure it all out before Tarin's nightmare plays out? An eighty year old woman pays with her life? Or before Tarin learns a truth that may seal her fate and be the one secret that will keep her and Graham apart as neither one of them may be able to forgive or forget...

(Standalone but is a Sequel/Companion Novel to Captured Lies)

This is the Soundtrack that I think would best suit Deceitful Truths. I think a lot of what these songs are about goes well with different aspects of the story. I’d love to know what you think.

Odds are by Barenaked Ladies

If it Makes You Happy by Sheryl Crowe


Counting Stars by One Republic 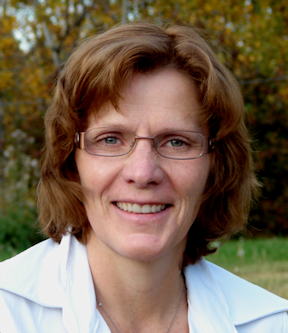 After publishing her first book Captured Lies, October 2012, she published her second novel, Tainted Waters, April, 2013. Tainted Waters went on to win Suspense and Thriller Book of the Year through Turning the Pages Magazine. She is excited to publish her third novel, Deceitful Truths, March 2014.

An avid reader and writer her whole life, she decided to break the monotony of wishing to be an author by making it happen. She is an avid nature lover and likes nothing better than taking a book, hiking to a remote spot by a river or waterfalls and reading. Married to her best friend, she is
learning that humor, love and patience help her navigate her way through her twins’ teen years.

Her motto: Escape to read and Read to escape.

"Maggie Thom writes a fast paced thriller laced with romance that keeps the reader interested and on edge!"
-- InDtale Magazine 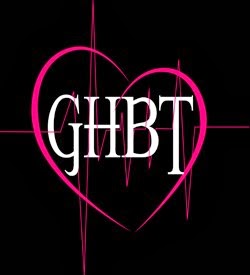