Welcome to the Official Blog Tour for Liv's Existence, the first in a two part series, by B.L. Mooney. 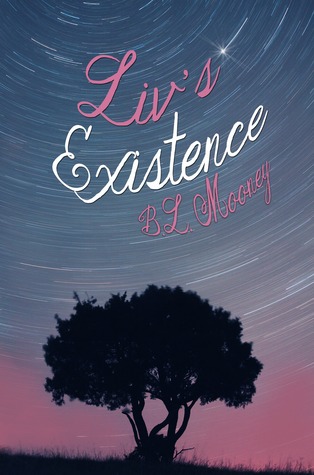 Warning:
Recommended for readers 18+
Contains Adult Situations and Violence
May be difficult for some readers

I thought I had run far enough away that he'd never find me. The man who destroyed my sense of safety and introduced me to the evils of the world came back looking for forgiveness. How can I forgive him when I haven't forgiven myself? I look at his fiancée and wonder how she could love a man so cruel. However, the closer I look at her, the more I realize that maybe she doesn't love him after all.

What has he done to her?
I have to find out.

I thought I'd found the one man who wouldn't break my heart. Two weeks before our wedding day, he came clean with his dirty past and shattered our future. He's asking me to still love him, but how can I love a man so cruel? I look at the woman he destroyed, and I feel compelled to do everything I can to help her. I know what it's like to be broken by this man.

Can I help her to live life again instead of just existing?
I have to find out.

*Excerpt*
“Why did you call me that? Who told you that name?” I just looked at her in total disbelief that she could willingly be with someone like him—and she obviously was if she knew that name.

“He told me.” She seemed to hesitate before continuing. Maybe she was afraid I’d go running back into the stall. Shrugging one shoulder, she said, “He told me everything. That’s why we’re here . . . to confront the past.”

Anger, rage, and hatred all bubbled up to the surface. They were all strong emotions, and they were threatening to explode out of me. I wanted to hit her for acting so nonchalant about the whole thing, as if it were no big deal. Mostly, I wanted to hit her because she just confessed she knew everything and was still planning a wedding. Then again, were they really getting married or were they there just to terrorize me? If she wanted to be the bitch that married the devil, so be it. I sure as hell wasn’t planning the wedding for them.

“What about what I want?” I started yelling and walking toward her. “I don’t want to confront anything, just as I didn’t want that ten years ago! How dare you come in here and act all concerned about my well-being when you know what he’s done, what he’s taken. Does he want to clear his conscience before he gets married? Does he want to hear me say I forgive him? You can both burn in hell!”

To her credit, she never backed, away and every step I took toward her only seemed to cement her foundation of strength. I wished I could’ve found an ounce of that will and strength. As the tears started falling and the uncontrollable shaking started again, I was helped to the sofa before I crumbled to the floor. Accepting help from the woman that was going to marry the one person I despised most—and terrorized my peace of mind daily—was a very difficult thing to do, but the alternative of lying on the restroom floor wasn’t an option I wanted to seek.

There were many things I had to give her credit for at that moment, such as her willingness to pull back when I curled up on the sofa. I could tell she wanted to console me in some way. She held her hand out several times and hovered over my shoulder, but never touched me longer than getting me to sit down. She wasn’t yelling at me that it was my fault or denying anything I said. She allowed me to yell my accusations without throwing any back at me to disarm me.

The biggest credit I had to give her was the fact she knew when to walk away. “I’ll leave you for now, but you’ll have questions.” She held out her business card, but I couldn’t take it. After laying it on the sofa next to me, she started for the door. “My cell is on the back. Call day or night. I’ll answer everything you want to know. It’ll only be me you deal with from now on. No one else will contact you again.” She hesitated. “I’m sorry about doing this in public. I really thought he was right when he said you needed people around the first time you saw him. I’m not sorry we came, but I do wish we had taken it to a more private setting.”

Unsure of what that comment meant, I slowly sat up, leaving her card on the sofa where she had laid it. I felt drained, and having nothing else to say, I just stared at her with my arms crossed. The room felt tense and awkward, but we both held each other’s gaze. I didn’t see the evil in her eyes as I did when I looked at Adam. Her eyes held compassion and understanding. At that moment, I could tell she really wasn’t a bad person, and I couldn’t hate her—no matter how much I really wanted to.

Several times throughout our short interaction, I watched as she almost lost her composure. Each time I had hoped she would’ve lost it just a little bit more, but she was always able to regain it quickly. She was shaken to her core just as I was, but she didn’t have memories flooding her and terrorizing her as I did—that were ripping me apart. Not wanting to give her any satisfaction, I resolved to take her card only after she left. I knew I’d call her to get answers that I desperately wanted, but I wanted her to squirm a little, as I’d had to do that night. 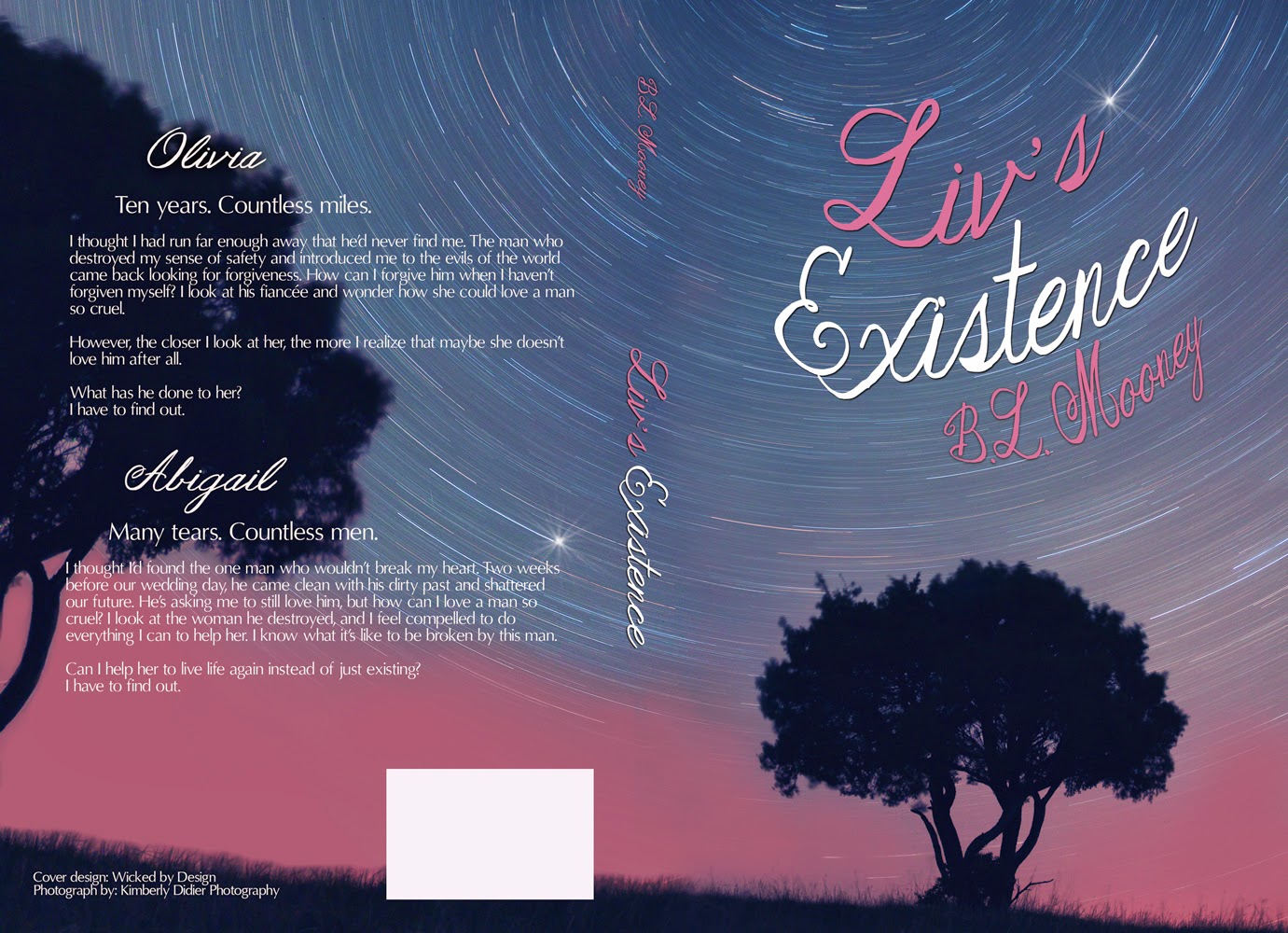 **About the Author**
B.L. Mooney started writing when the voices and storylines in her head ran out of room. They were getting to cramped and neither B.L., nor the characters could take it anymore, so she did the only thing she cold do--she made room. She always knew she wanted to write, but vowed to make time for it later. Now that she's made time for writing, most everything else falls to the wayside. That seems to suit the characters that keep popping up just fine.

B.L. lives in the Midwest and her other talents include in-demand cookies, a very dry sense of humor, and stealth eavesdropping. Some mannerisms, attitudes, or twists come form random sentences picked up while passing by strangers. So speak up the next time you have something to gossip about. You never know, it may just end up on the pages of the next book you read. 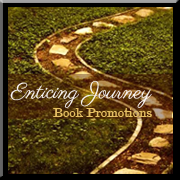