Welcome to the Official Blog Tour for Aly Martinez's Thrive, the second standalone book in the Guardian Protection series! This is a Reviews & Excerpts tour! Today, we have an exciting excerpt to share! Check it out and grab your copy today! 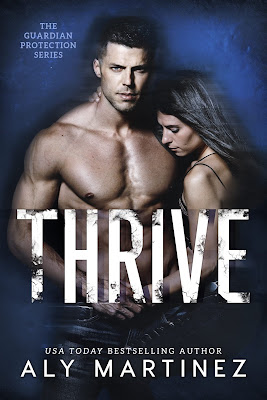 Synopsis:
When I was nineteen years old, I was faced with a choice that changed my life.
Keep the safety of what I already knew or risk losing everything with the young, hotheaded soldier who stole my heart.

I chose the wrong man, and for seventeen years, I paid in tears, blood, and shattered dreams for that decision.

Now, there’s a man in my house, holding a gun to my head on the order of my ex-husband—given from his prison cell.

That hotheaded soldier I was too afraid to choose? He’s now a six-foot-three wall of muscle who works at the country’s most premier bodyguard agency. I’ve always wanted him, but now, I’ve never needed him more.

I’m sure he still hates me… Even though I’ve never stopped loving him. 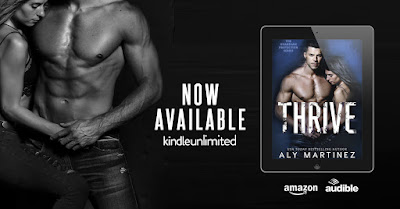 *Excerpt*
“This is yours?” I asked in awe, trailing my fingers over the shiny, black hood of a newer-model Ford pickup truck.
He’d lifted it and put huge tires on it, and while the top was spotless, there was a thin layer of mud covering the running boards, letting me know that it didn’t stay locked away in his garage waiting for a Chicago snow. It actually got used—and in places that weren’t covered in asphalt. My Southern heart, which had been relocated to the Midwest all those years ago, quaked in its stunning presence.
He stared at me, his arms crossed over his chest, the muscles of his neck straining beneath a gray henley, but not because he was stressed or upset, but rather because his muscles were so thick and defined that they were always straining.
He answered with a simple, “Babe.”
I swung my hand to the Escalade parked in the driveway. “What about the SUV?”
Twirling the keys on his finger, he walked over to me. “It’s not a crime for a man to own two vehicles.” Gripping my hip, he swayed me toward him. “If I have the kids, I drive the Caddy. If I’m by myself and the Caddy isn’t blocking the garage, I’ll take the truck.” He grinned, dipped low, brushed his lips to mine, and whispered, “If I’m with Mira, I take the truck even if the Caddy is blocking the garage and I have to move it so it’s not.”
My stomach performed gold-medal-worthy somersaults as I pushed up onto my toes and gave him far more than a lip brush.
His mouth opened, inviting me in. His warm tongue rolled with mine, acting as the welcoming committee. My head became light and I fisted my hands in the front of his shirt for balance. The moan that slipped from my throat made his tantalizing lips curve up in a smile before he pulled away.
Resting his forehead to mine, he rumbled, “Breakfast and condoms, baby. We can’t do anything without them.”
“Not completely true,” I murmured. “I saw a loaf of bread in your kitchen. Toast will serve as sustenance, and you can eat while I do other things with my mouth that don’t require condoms.”
His hand slipped down to my ass. “I’ve missed your mouth, Mira. But not a chance in hell you start things on your knees and I don’t end them inside you. And, for that, I’m gonna need more than toast. So it looks like we’re back to breakfast and condoms.” He gripped my ass, rocking me against him. “But we’re going to take the truck so you can slide in real close. And, on the off chance you feel like getting handsy while I drive, I won’t object.”
That had happened a lot when we were younger. The minute my ass had hit his seat, he’d lift his arm in invitation and I’d slid all the way over, as close as I could get without being in his lap. And then he’d drive. Windows down, the world passing us in a blur, him being the only thing in focus.
Inside that truck, I had been free to be Mira.
And, the idea of having that now, after seventeen years of feeling like someone else, I became giddy with excitement.
“You have a bench seat?” I gasped, staring up at him with a megawatt smile.
Smirking, he released me and opened the passenger’s door.  “When I lift the armrest, I do.”
I giggled. “Jesus, it’s like you knew I’d be coming back.”
His shoulders jerked, and his jaw turned to granite. And then Jeremy Lark slayed me, brought me back to life, and then ruined me once and for all. “No. Because if I’d thought there was any chance of you ever coming back, I’d probably still be sitting on the tailgate of that clunker in the woods, waiting.” 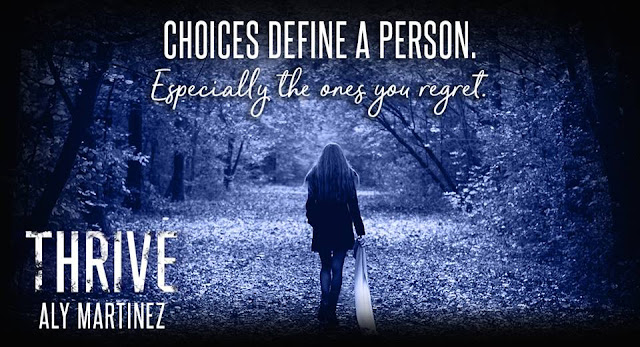 Don't forget the first standalone in the Guardian Protection series! 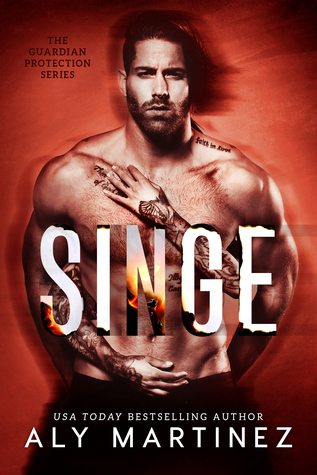 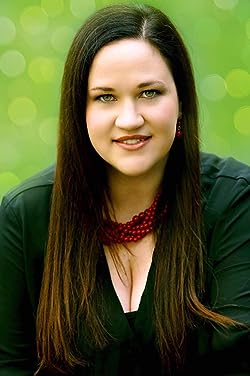 Never one to take herself too seriously, she enjoys cheap wine, mystery leggings, and baked feta. It should be known, however, that she hates pizza and ice cream, almost as much as writing her bio in the third person.

She passes what little free time she has reading anything and everything she can get her hands on, preferably with a super-sized tumbler of wine by her side.