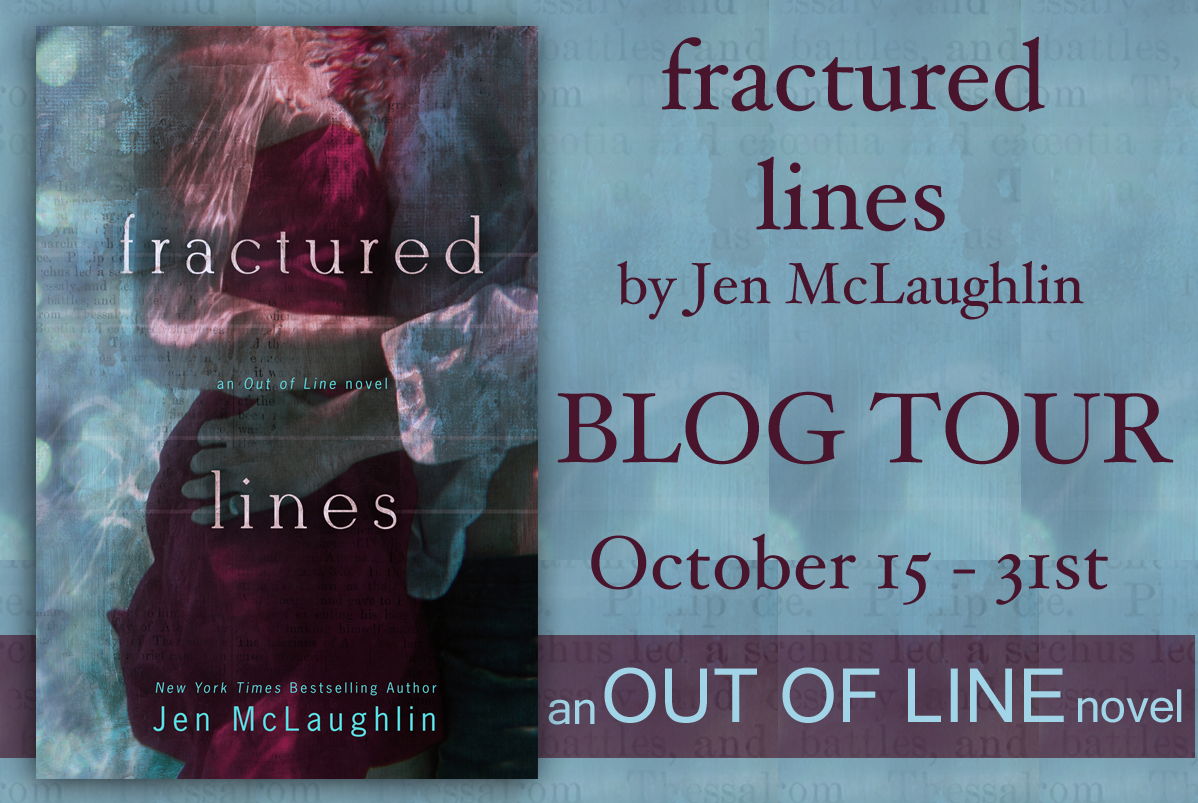 Welcome to the Official Blog Tour for Fractured Lines, the fourth book in the Out of Line Series, by Jen McLaughlin!

Note:
Can be read as a standalone

Synopsis:
The lines we once crossed so easily have widened and torn us apart . . .Once upon a time I thought Finn and I would live happily ever after, but real life doesn't always have a happy ending. He's testing my trust, and I'm losing faith in the man I thought I'd spend the rest of my life with, and there’s nothing I do can stop it. He’s the one I trusted to keep me safe, but now he’s the source of my greatest pain . . .Forgiveness is fragile, and some fractures never fully heal . . .One mistake—a slip in a moment of weakness—might cost me everything I've worked so hard for. The thing about trust is that it's a lot easier to lose than it is to build. Just as I'm about to give up and surrender to the demons from my past, an unexpected threat reminds me what I'm best at: protecting the woman I love. Whether or not she wants me, I will fight for Carrie and our daughter, and I will keep them safe—no matter the cost.Even if I have to put my life and my heart on the line.

He stood, his hand on my butt. He gripped me tight, his fingers digging into the soft flesh there. “Excuse me? Are you talking back?”
“N-No.” I licked my parched lips. “I just—”
He caressed my butt, his fingers gliding over the side and across my thigh. When he closed his hand over my core from behind, his fingers dipping inside me just enough to drive me crazy, I collapsed against his chest. “From now on, the only words allowed out of your mouth are more, yes, please, and sir. Got it?”
I nodded frantically, silently willing his fingers to move over me. To bring me to the edge again. “Yes, sir.”
He withdrew, making me want to scream obscenities, but I bit down on my tongue to stay silent. Unless I wanted to beg him, I needed to stay silent. And just like he wanted me to beg him...I wanted him to earn my begging.
When I heard his belt come out of the loops of his pants, I sucked in a deep breath. I wanted to ask him what he was doing, but I didn’t. I kept silent, because he’d told me to. A moment later, he tugged my pants off the rest of the way, and then he grabbed the hem of my shirt. “Arms up.”
Without a word, I lifted my arms, and he pulled the shirt over my head.
He hissed in a breath through his teeth. “You were planning on teasing me later, weren’t you? Wearing nothing under your clothes...”
“Yes, sir.”
I could say more, like how I’d gotten the idea from him when he’d left his boxers on the floor, but that took more words than I’d been permitted to say. And I was trying to be a good girl so I could be rewarded.
He chuckled and ran his belt down my back. “Such a tease.” 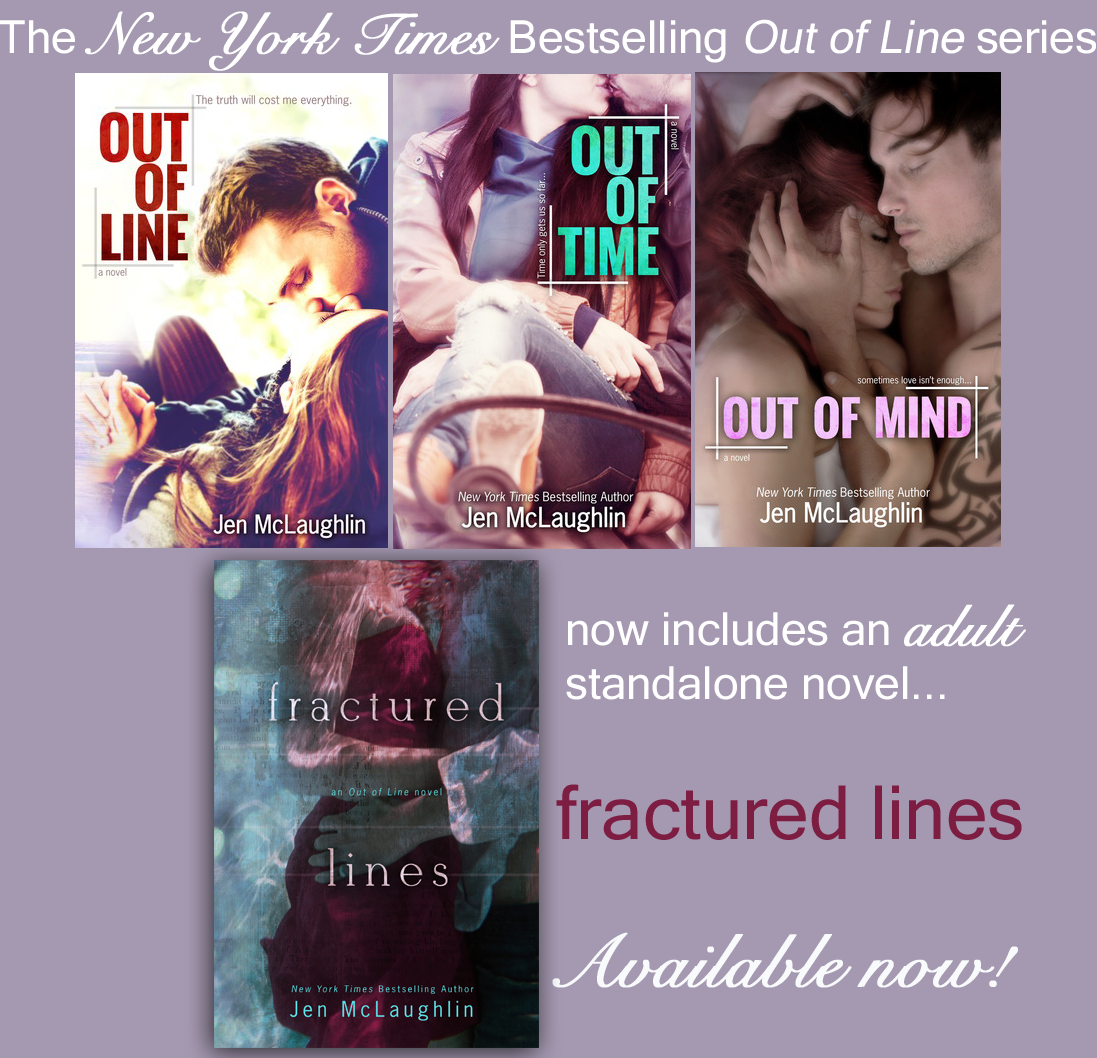 Jen McLaughlin is the New York Times and USA Today bestselling author of sexy New Adult books. Under her pen name Diane Alberts, she is a multi-published, bestselling author of Contemporary Romance with Entangled Publishing. Her first release as Jen McLaughlin, Out of Line, released September 6 2013, and hit the New York Times, USA Today and Wall Street Journal lists. She was mentioned in Forbes alongside E. L. James as one of the breakout independent authors to dominate the bestselling lists. She is represented by Louise Fury at The Bent Agency.

Though she lives in the mountains, she really wishes she was surrounded by a hot, sunny beach with crystal-clear water. She lives in Northeast Pennsylvania with her four kids, a husband, a schnauzer mutt, and a cat. Her goal is to write so many well-crafted romance books that even a non-romance reader will know her name.