Wow! We are already three-quarters through the year of 2014! Amazing how time flies by, especially when so many movies, shows, and books are released! Sometimes, it is exhausting to keep up with all the fun and exciting events that happens throughout the year to celebrate the release of my favorite things that I tend to "fangirl" over. But, I do try to get to as many events that I can...haha! With all the other distractions such as work and family...and that pesky "responsibilities," I think I have done okay on attending the events that I have and was looking forward to.

Now that September has come to a close, several Fall television series have returned, and new ones have begun. But, enough of looking back at all the fun and excitement that has come and gone, but never forgotten. The Fall season has begun with several premieres of returning and new television series that we all are looking forward to...that I know I am and all of you are excited about. In addition to television, we have a whole onslaught of movies releasing this month...so much so that I know I can't name all the titles...haha! To top it all off, several of my favorite authors have books coming out, and I am so looking forward to when they go on tour to promote their books! I just have to cross my fingers so that I will be able to go to these fun book events!

So...without any further delay, I would love to share with you what few movies, shows, and books I am looking forward to this month! Don't get me wrong, I am really excited about so many that just listing it ALL down would take so much time! I think I will just mention the few that REALLY stands out for me. :)

Synopsis:
In Ouija, a group of friends must confront their most terrifying fears when they awaken the dark powers of an ancient spirit board. Stiles White directs the supernatural thriller that is produced by Platinum Dunes partners Michael Bay, Andrew Form and Brad Fuller (The Purge, The Texas Chainsaw Massacre, Friday the 13th) alongside Blumhouse Productions' Jason Blum (Paranormal Activity and Insidious series, The Purge), Bennett Schneir (Battleship) and Hasbro. Juliet Snowden and Stiles White wrote the script for Ouija, and Universal will distribute the film worldwide.

Synopsis:
Based on the novel by Joe Hill, blamed for the murder of his girlfriend, Ignatius Perrish (Daniel Radcliffe) awakens one morning to find he’s grown a pair of horns. Armed with new supernatural powers, he sets out to find the true killer.

Watch this Friday Night Preview for Grimm and Constantine!

Jane the Virgin Season 1
(The CW)

Synopsis:
When Jane Villanueva was a young girl, her grandmother, Alba, convinced her of two things: telenovelas are the highest form of entertainment, and women must protect their virginity at all costs. Now age 23, Jane is a driven young woman with wonderful fiancé. All of Jane's meticulous life plans are turned upside down, however, when she is accidentally artificially inseminated. Will she continue with the pregnancy? How can she explain the situation to her fiancé and family? And what should she do about the wishes of the biological father, dreamy Rafael, and his scheming wife Petra? Though she has always tried to be the good girl who does the right thing, Jane's life has suddenly become as dramatic and complicated as the telenovelas she has always loved.

Synopsis:
Based on the wildly popular comic book series "Hellblazer" from DC Comics, seasoned demon hunter and master of the occult John Constantine (Matt Ryan, "Criminal Minds") is armed with a ferocious knowledge of the dark arts and a wickedly naughty wit. He fights the good fight - or at least he did. With his soul already damned to hell, he's decided to abandon his campaign against evil until a series of events thrusts him back into the fray, and he'll do whatever it takes to protect the innocent. With the balance of good and evil on the line‎, Constantine will use his skills to travel the country, find the supernatural terrors that threaten our world and send them back where they belong. After that, who knows... maybe there's hope for him and his soul after all.

Go to TV Guide for the Full Fall 2014 Preview Schedule!

Summary from Goodreads:
I am tired of being used, hurt, and cast aside.Adelina Amouteru is a survivor of the blood fever. A decade ago, the deadly illness swept through her nation. Most of the infected perished, while many of the children who survived were left with strange markings. Adelina’s black hair turned silver, her lashes went pale, and now she has only a jagged scar where her left eye once was. Her cruel father believes she is a malfetto, an abomination, ruining their family’s good name and standing in the way of their fortune. But some of the fever’s survivors are rumored to possess more than just scars—they are believed to have mysterious and powerful gifts, and though their identities remain secret, they have come to be called the Young Elites.Teren Santoro works for the king. As Leader of the Inquisition Axis, it is his job to seek out the Young Elites, to destroy them before they destroy the nation. He believes the Young Elites to be dangerous and vengeful, but it’s Teren who may possess the darkest secret of all.Enzo Valenciano is a member of the Dagger Society. This secret sect of Young Elites seeks out others like them before the Inquisition Axis can. But when the Daggers find Adelina, they discover someone with powers like they’ve never seen.Adelina wants to believe Enzo is on her side, and that Teren is the true enemy. But the lives of these three will collide in unexpected ways, as each fights a very different and personal battle. But of one thing they are all certain: Adelina has abilities that shouldn’t belong in this world. A vengeful blackness in her heart. And a desire to destroy all who dare to cross her.It is my turn to use. My turn to hurt.

Summary from Goodreads:
Sometimes danger is hard to see... until it’s too late. Britt Pfeiffer has trained to backpack the Teton Range, but she isn't prepared when her ex-boyfriend, who still haunts her every thought, wants to join her. Before Britt can explore her feelings for Calvin, an unexpected blizzard forces her to seek shelter in a remote cabin, accepting the hospitality of its two very handsome occupants—but these men are fugitives, and they take her hostage. In exchange for her life, Britt agrees to guide the men off the mountain. As they set off, Britt knows she must stay alive long enough for Calvin to find her. The task is made even more complicated when Britt finds chilling evidence of a series of murders that have taken place there... and in uncovering this, she may become the killer’s next target. But nothing is as it seems in the mountains, and everyone is keeping secrets, including Mason, one of her kidnappers. His kindness is confusing Britt. Is he an enemy? Or an ally? Black Ice is New York Times bestselling author Becca Fitzpatrick’s riveting romantic thriller set against the treacherous backdrop of the mountains of Wyoming. Falling in love should never be this dangerous… 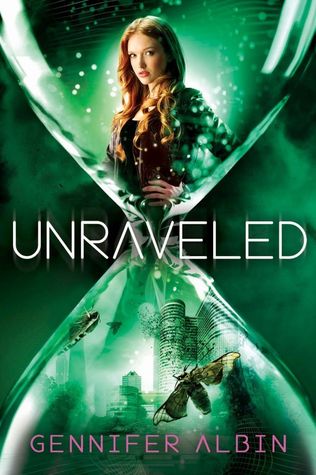 Summary from Goodreads:
Autonomous. Independent. Dangerous. They tried to control her. Now she’ll destroy them.Things have changed behind the walls of the Coventry and new threats lurk in its twisted corridors. When Adelice returns to Arras, she quickly learns that something rotten has taken hold of the world and Cormac Patton needs her to help him reestablish order. However, peace comes at a terrible price. As the Guild manipulates the citizens of Arras, Adelice discovers that she’s not alone, and she must let go of her past to fight for mankind’s future. She will have to choose between an unimaginable alliance and a deadly war that could destroy everyone she loves.

Summary from Goodreads:
Every touch has its price
Layla Shaw is trying to pick up the pieces of her shattered life—no easy task for a seventeen-year-old who’s pretty sure things can’t get worse. Her impossibly gorgeous best friend, Zayne, is forever off-limits thanks to the mysterious powers of her soul-stealing kiss. The Warden clan that has always protected her is suddenly keeping dangerous secrets. And she can barely think about Roth, the wickedly hot demon prince who understood her in ways no one else could.But sometimes rock bottom is only the beginning. Because suddenly Layla’s powers begin to evolve, and she’s offered a tantalizing taste of what has always been forbidden. Then, when she least expects it, Roth returns, bringing news that could change her world forever. She’s finally getting what she always wanted, but with hell literally breaking loose and the body count adding up, the price may be higher than Layla is willing to pay…

Well, there you have it...my most top choices that I am looking forward to this October!

What are you looking forward to this month? Sound off in the comments below! :)