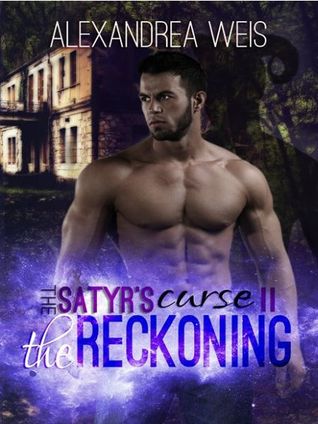 Synopsis:
Jazzmyn Livaudais is struggling to hold it together. With a continuously cranky baby, a rocky relationship with her fiancé, Kyle, and money getting tight at her restaurant, she’s having trouble staying focused. But when the strange nightmares begin, Jazzmyn knows it can only mean one thing: Julian Devereau is back. In order to protect her daughter and Kyle, Jazzmyn must keep Julian from his moment of reckoning. Will the satyr’s curse be lifted, or will Jazzmyn find the strength to destroy Julian Devereau once and for all? Some curses are never meant to be broken, and some desires are never meant to be undone.
Beware The Satyr’s Curse.

*Excerpt*
Jazzmyn darted through the tall cypress door and headed toward her daughter’s bedroom. She hurried down the burgundy carpet, sick with the realization that Kyle had known all along about their daughter. Jazzmyn had only gotten a short glimpse of Jackie after the delivery, but the instant she had set eyes on the small bundle of dark curly hair presented to her by the nurse, she knew Kyle was not the father.
As she followed the loud crying down the hall, the disapproving gazes of long dead Livaudais relatives glared back at her from the portraits on the walls. It was as if she had let the family down and brought an unwanted element into their exclusive bloodline.

When she pushed the cypress door open to her daughter’s room, she peeked in and found a small figure standing in her bright pink crib with tears streaming down her cherubic cheeks. Jazzmyn quickly strode across the white Oriental rug to her daughter’s crib. After picking up the wailing child, Jazzmyn began humming to her, knowing that music always soothed her sad moods, just like her father. Kyle’s words came back to her, and she fought back a surge of tears.

When Jackie began to settle down, Jazzmyn noticed something shiny clasped in her tiny hand. She reached for the object and gently pried it from Jackie’s strong grip. Jazzmyn’s heart fell to the floor when she saw the gold figurine of a satyr at the end of a gold chain in her hand.

“Where did you get this, Jacks?” Jazzmyn interrogated, knowing full well her daughter could not answer.

She gaped at the gold figurine in her hand and reflected back to the moment Julian had given it to her, and also to the night he had taken it away. Jazzmyn hugged her child, holding on as tightly as she could. With her heart galloping in her chest, Jazzmyn settled her daughter back down in her crib and gave her the white stuffed goat to placate her.

Grasping the figurine necklace, she bolted through the bedroom door and made her way down the wide oak staircase to the first floor. After punching the alarm code into the panel on the side of the front doors, she pulled the heavy leaded glass doors open and stepped into the warm summer night. She stood on the porch of her home and peered out into the quiet street beyond. Despite the early morning hour, the city of New Orleans hummed with activity. In the distance, she could hear the rumble of the trolley on nearby St. Charles Avenue, and the faint bustle of traffic on the adjacent streets.

“I know you’re out there, you son of a bitch,” Jazzmyn growled into the night. “Stay away from my daughter, Julian. You can’t have her. You can never have her.”

Jazzmyn thought she heard someone snickering from behind the thick oak trees that stood before her home. But then the wind picked up and rustled the branches on the trees, sounding almost the same as laughter.
She turned back to her front doors and stepped inside. As Jazzmyn slowly shut the doors, her eyes stay peeled on the red-bricked walkway that led from her house to the street. She imagined Julian’s tall figure striding down that walkway as she had seen him do several times in the past. After closing the doors, she drove the deadbolt home and rested her forehead against the cool glass.

He was back. Jazzmyn could sense his presence and shuddered at the idea of seeing him again. When she turned from the doors, her eyes traveled up the wide oak staircase, with its twisting grapevine carved banister, to the second floor landing. She thought of Kyle and what to tell him, but she knew in the end she would say nothing. Ever since that night in Lafayette Cemetery Number One, when Julian’s plans to lift his curse had been crushed, she had been waiting for this moment. It seemed the day Jazzmyn had been dreading had finally arrived. Julian Devereau was back for his moment of reckoning. 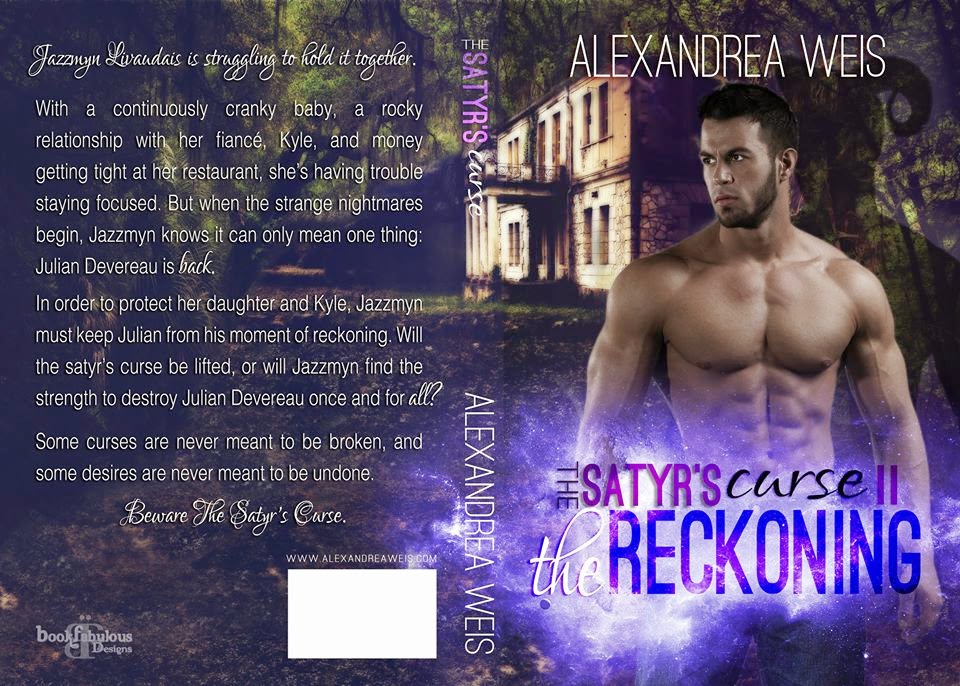 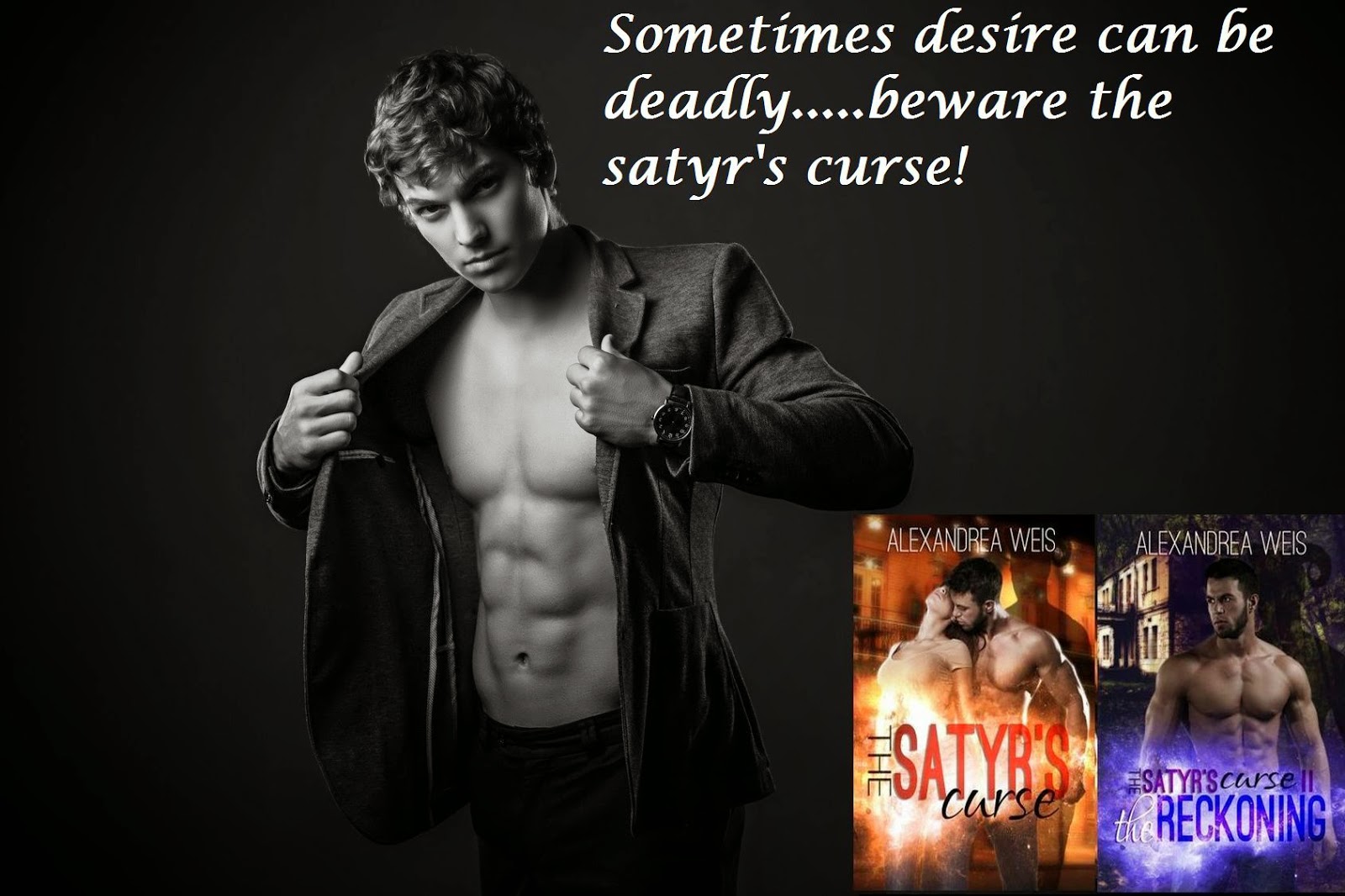 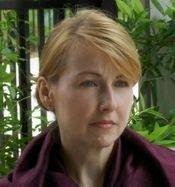 Alexandrea Weis is an advanced practice registered nurse who was born and raised in New Orleans. Her first novel, To My Senses, introduced readers to the world of Nicci Beauvoir and garnered numerous awards and rave reviews. Her popular second Nicci Beauvoir novel, Recovery, won the Gold Medal for best romantic suspense from The Reader’s Favorite Book Awards 2011, and was named best Romantic Suspense novel by the Spring 2011 NABE Pinnacle Book Awards. Her fourth novel, Broken Wings, won best Contemporary Romance by the NABE Pinnacle Book Awards in 2012, was a Silver Medal winner in the ForeWord Magazine Book of the Year Awards for Romance, as well as a finalist in the Reader’s Favorite Book Awards for Contemporary Romance for 2012. Her last novel, Acadian Waltz received honorable mention at the Readers’ Favorite Book Awards for Best Contemporary Romance and was a Best Southern Fiction Finalist. A permitted wildlife rehabber with the Louisiana Wildlife and Fisheries, Weis rescues orphaned and injured wildlife. She lives with her husband and pets in New Orleans.