Welcome to the Release Day Launch for... 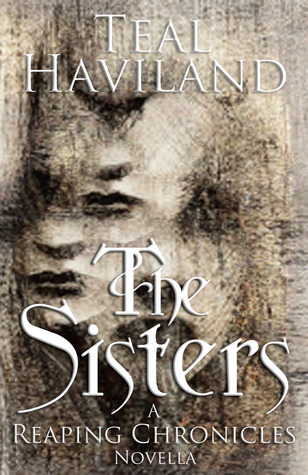 A Young Adult Fantasy
Book #1.5 in The Reaping Chronicles

Summary from Goodreads
Gabrielle, the Angel of Karma, isn't happy about a lot of things that have happened since she came to Earth to learn more about humans. She's especially not happy that the Book of Barabbadon has fallen into her enemy's hands, that demons are becoming significantly more powerful, and because of the dark  changes in Lucas since the attack on him. And her anger is beginning to show.

Her superior and her brethren--even Lucas--thought she was handling everything pretty well until they learn she wants to go after a human trafficker so she can see him face karma. It's something she does only when compelled to do so because of a human's particularly good, or in this case, heinous acts. But their concerns aren't from her desire to be more involved with her duties, or even because of the human she wants to see reap what he's sown with her own eyes. It's because of whom she wants to use to carry out what she has in mind--a trio of demons called the Sisters. They possess troubling powers, thought to still be strengthening, and were locked away by Gabrielle many years ago. Gabrielle, and those who care for her, know the Sisters are more than a little dangerous even for the Angel of Karma--they also know the Sisters will be looking for vengeance of their own.

The Sisters is Available Now

Teal Haviland grew up with a love for anything fantastical or outrageous. As a teen she spent much of her time writing poetry and children's stories, but set it aside for two decades before allowing her passion for it to take root (or, as she describes, take over her life). After years of dreaming of worlds where fairies, angels, demons, and shape shifters (to name a few) exist, she finally decided to begin writing her stories down. Inception, book one in her series, The Reaping Chronicles, is her first published novel. Nowadays she happily spends her writing time penning urban fantasy novels and is testing out her horror/suspense writing abilities. In addition to completing her debut series, Teal is also working on the first book in her second series, The Silver Rift, her first horror/suspense, Whispers of Stacey Glen, and several other works-in-progress.

Residing in Tennessee with her daughter and her four-legged friends, Teal enjoys photography, travel, reading, music, cooking, daydreaming, writing (of course), and above all spending time with her family and friends.