Denise Grover Swank's first book in a new adult urban fantasy series based on the disappearance of the Lost Colony of Roanoke...The Curse Keepers series. 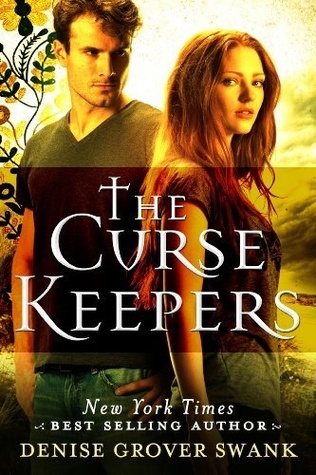 Summary from Goodreads
The wall between our world and that of vengeful spirits has protected humanity for more than 400 years. It’s about to come crashing down.Ellie Lancaster has lived her whole life by the site of the mysterious Lost Colony of Roanoke, the Virginia settlement that vanished without a trace around 1590. Only the descendants of the two men who banished the spirits of an enemy tribe from the material realm know what really happened to the colony. Ellie is one of those descendants—a Curse Keeper. Her father took pains to teach her what he knew of the curse and the responsibilities of its guardians. He taught her that if the two Curse Keepers ever meet, the curse will be lifted, the gate will open, and the raging Native American spirits will be unleashed to seek their revenge.Despite her father’s seriousness, Ellie has always taken the legend for a harmless fairy tale. Until she meets the darkly handsome, but downright infuriating, Collin Dailey and realizes everything she was told is true. For when they meet, it’s like the air is sucked from the room. Collin’s presence is electrifying… and it’s not just attraction Ellie feels, but the inexorable pull toward her destiny. The prophecy is real, and now Ellie and Collin must battle supernatural forces and their loathing—and passion—for each other to set things right.The Curse Keepers are all that stand between the world and its destruction.

Excerpt
I held out my right palm and gasped. While the pink of the burn mark was fading, the harsh lines of a square surrounding a circle seemed to be darkening. I didn’t remember anything about what the mark was or what it meant from the stories. Why hadn’t I asked Daddy yesterday? Why had I been so stubborn in my disbelief? When I thought about how real this all was, my stomach flip-flopped from nerves. How was Ellie Lancaster, waitress and maid from Manteo, North Carolina, going to save the world?

Unfortunately, the answer was sitting at a table in the New Moon, staring right at me.

Although a boyfriend would be a nice side benefit.

As I walked toward him, I reminded myself that Collin was not boyfriend material. It didn’t take a genius to see that Collin Dailey was a love ‘em and leave ‘emkind of guy. He was a guy used to getting his way with the charm he exuded now. It was easier to catch a fly with honey, and I was currently Collin’s fly.

I stopped next to his table, trying to keep my face expressionless. If he was going to use his sexier-than-hell charm on me, I might as well make him sweat a bit. I put my hand on my hip and jutted it out while piercing him with my most withering gaze. Lesser men had tucked their tails and run, but Collin simply stared back, the corners of his mouth lifted in the barest hint of a smile. Damn him. “Can I get you something?”

His eyes narrowed seductively, and his voice lowered. “You know what I want.”

Holy shit. If I’d thought he meant what he insinuated, I might have had a mini orgasm on the spot. But last night Collin had made sure I understood what he was interested in, and it had nothing to do with the parts of me under my clothes that begged for attention.

How in the hell was I going to survive five days with this guy? My only hope was to shut the spirit world gate as quickly as possible.

The Curse Keepers is Available Now 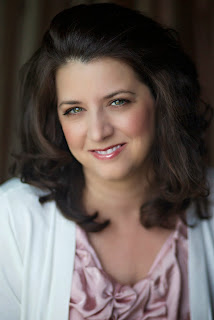 New York Times and USA Today bestselling author Denise Grover Swank was born in Kansas City, Missouri and lived in the area until she was nineteen. Then she became a nomadic gypsy, living in five cities, four states and ten houses over the course of ten years before she moved back to her roots. She speaks English and smattering of Spanish and Chinese which she learned through an intensive Nick Jr. immersion period.  Her hobbies include witty Facebook comments (in own her mind) and dancing in her kitchen with her children. (Quite badly if you believe her offspring.)  Hidden talents include the gift of justification and the ability to drink massive amounts of caffeine and still fall asleep within two minutes. Her lack of the sense of smell allows her to perform many unspeakable tasks.  She has six children and hasn’t lost her sanity. Or so she leads you to believe.