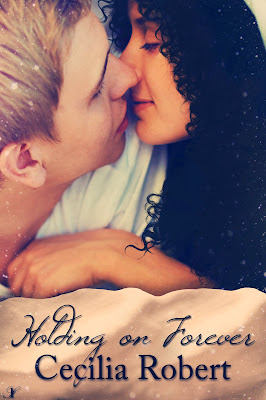 Summary
Liese is finally moving on with Frey by her side. But sometimes letting go is the hardest part, and trusting is a risk one has to take. In between her practicum and spending time with Frey whenever he is town, she fights her insecurities, and wins. Then something happens and Frey's priorities momentarily shift, making her second guess their relationship. Suddenly, going back to their former best friends status has never looked so appealing.

Frey's life has never shined so bright now that Liese is his. But there is a part of him that is shrouded by memories he'd rather have them buried where no one can touch them. Not even him. But even buried memories and people can't stay hidden for forever. What Liese doesn't know is that Frey isn't about to let go so easily, and he will throw in everything he's got to stop her from leaving him. He has waited an eternity for her. Giving her up is not an option.

Holding On Forever is set to be released December 2013

Catch up with the Truly Madly series...

Cecilia Robert writes YA, NA and Adult. Her motto: Passion rules. She enjoys writing stories about people finding love in the most unexpected of places, and also about people finding their true purpose in life couple with adventurous journeys, whether it's urban, fantasy, sci-fi, contemporary or paranormal romance. There's always a happy ever after, no matter how long it takes for the characters to get there. When she's not working in her full time job, she dons her supermom cape, or in most cases finds herself trapped between the pages of a book in search for a hero who'll make her swoon with just a look or a word. Her favorite form of therapy is knitting. Best. Therapy. Ever.