It has been a while since I've been to a live show out here in the Coachella Valley. A few of the casino/resorts out here announces a variety of shows regularly. When I found out that Ne-Yo was going to be performing here at the Fantasy Springs Special Events Center, I was so definitely going to be there...along with my friend Cynthia. We were absolutely excited for this show. This would have been my first time to watch him live on stage! And, boy, Ne-Yo's performance was absolutely amazing! He sang many fan favorites...and got the audience dancing! Oh yeah! He was amazing! He started off performing "Let's Go!" And, yes, he did get the audience "going"...me included...haha!!

I remember Ne-Yo most from the movie Stomp The Yard with Columbus Short and Meagan Good. Oh yeah, Ne-Yo sure can dance...he's got moves! He was incredibly entertaining and sang wonderfully! Even though for a moment there was some equipment difficulties, Ne-Yo didn't let that interrupt the show at all! He continued to sing and dance for the audience. 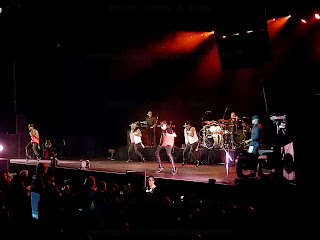 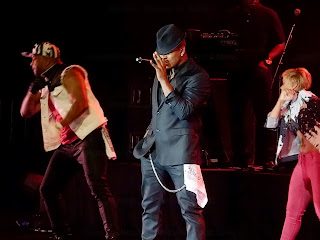 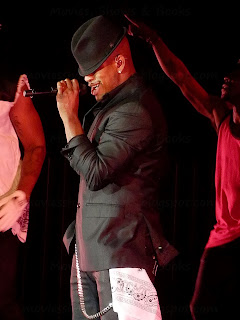 Check out this clip as NE-YO started the show!


Here's a little background on this amazing performer/actor: NE-YO!

Three-time Grammy Award®-winning artist Ne-Yo was explaining the genesis of his new album title, R.E.D., an acronym for Realizing Every Dream. "It came from me stepping outside myself, looking at my life as it is today and realizing that every dream I've had from the day I decided I wanted to do music, that I wanted my life to be about music, every dream that I've had from then til now, if I haven't realized it by now, I'm definitely on the way to realizing it."

R.E.D., released September 2012, is Ne-Yo's fifth studio album for the Universal Music Group (UMG). It is also his first album for the newly revitalized Motown Records after seven megasuccessful years and four RIAA gold and platinum albums as a core member of Island Def Jam Music Group. Adding to the R.E.D. album's provenance is Ne-Yo's appointment (announced January 2012) as the new Senior Vice President of A&R for Motown, a coveted role at one of America's most important and prestigious blue-chip record labels. In yet another new dream role, Ne-Yo will be working alongside industry great Barry Weiss, Chairman & CEO of Universal Republic and Island Def Jam Motown.

"I'm beyond flattered that they felt I was a person who could be helpful in reestablishing Motown," Ne-Yo says. "What put me over the edge was Barry Weiss's overall belief in me, his belief that I could be an integral part of this revitalization. Maybe he sees a greatness in me that I haven't realized in myself yet. If the executive is the next step, then so be it. It's just another set of dreams, another set of goals for me to move towards."
Becoming an actor was never one of Ne-Yo's desires, even though is stage name derives from a recording studio engineer's observation, more than a decade ago, that he perceives music the way Neo perceived the Matrix. Nevertheless, in 2008, after the triumph of his third album, Year Of The Gentleman, reverberated around the world, Ne-Yo was cast in two big budget, major studio blockbusters that took him away from music for most of 2009, during their back-to-back shooting schedules: director Jonathan Liebesman's Battle: Los Angeles (Columbia Pictures), which opened in 2011; and George Lucas' World War II epic Red Tails (20th Century Fox), the chronicle of the Tuskegee Airmen, which opened in 2012.

"One thing I learned about acting," he says, "it's actually very similar to music. It's all about the level of passion and the level of emotion that you put into what you're doing, that's gonna make what you're doing good. You can hear it when a singer receives that anointing to where he's not even in his body anymore, the music has completely taken over. It's the same with acting, you can see when an actor has become his character. You must have a strong understanding of who you are in order to become somebody else. I'm still a student to the music, and I'm still a student to acting, but it's another transition, another step, another group of dreams and goals to set."

Wow! Ne-Yo has accomplished a lot and is still going!

Back to the show, Ne-Yo was amazing on stage...plus, his dancers! They definitely did put on a show that made audiences cheer, scream and cry! I was in awe at his amazing performance. He sang many song favorites such as: Let's Go, Miss Independent, Mad, So Sick...and more! Yah...the show was absolutely amazing! Cynthia and I definitely had a good time watching the performance...and dancing along with the music! I would so go to another Ne-Yo show! 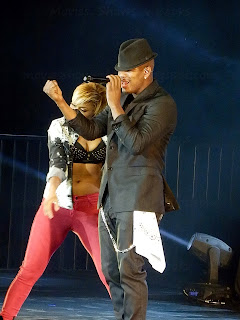 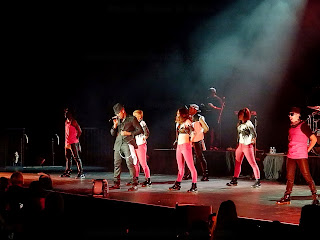 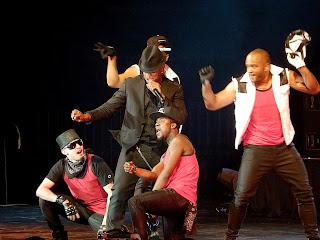 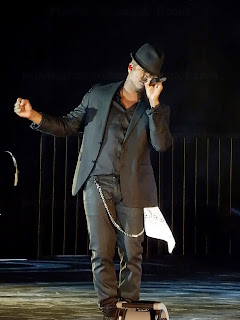 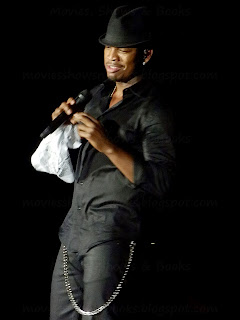 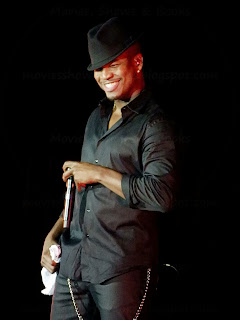 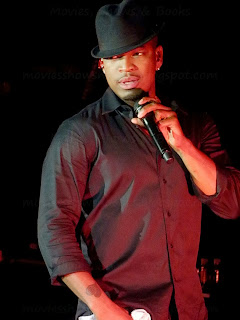 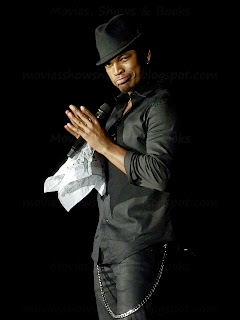 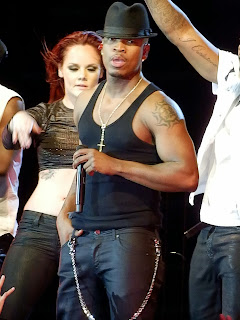 View the full album at:
Movies, Shows & Books on Facebook 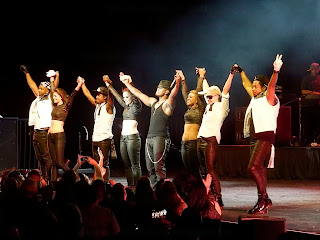 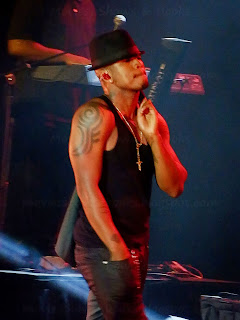 Posted by Jasmine Albitos at 7:00 PM