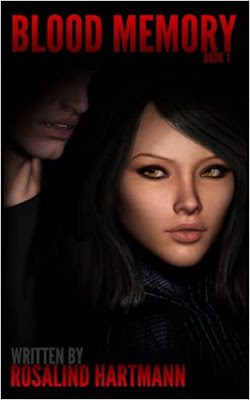 Genre:
Adult
Paranormal Action/Adventure
Series:
Blood Memory, #1
Publish Date:
October 27, 2012
Synopsis:
Two rival species come together to search for answers to the Blood Memoery that has been passed down to all Hammerthynn and Jameson werewolves, the Alpha's Pipers. Vampires Simon Huntington and his partner Ellis Duban are the subject of this memory of intense betrayal and deception, yet no one has any recollection of what they did - not the werewolves or the vampires.

Vivienne Sena is part of the Alpha's core of Pipers led by her mate and secret lover Commander Brig Jameson. Taking up an offer from Simon to delve deeper into the blood memory, they travel to Ireland to speak to her adoptive father, Elder of the Hammerthynns, Vigo Hammerthynn, who is also the father of the pack's Beta, Iov Hammerthynn, cousin to Brig.

With only a name, Vivienne and Simon leave for Siberia as the Piper compound in Ireland is besieged by unknown assailants and wiped out. Proof of an inner conspiracy is revealed and the race to capture Vivienne, now being blamed for the attack, begins with her lover leading the pack. 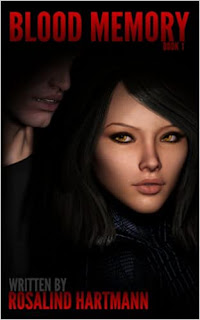 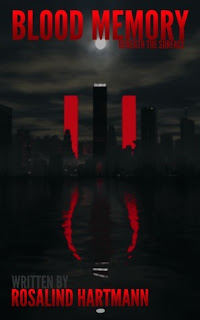 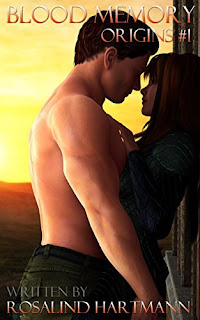 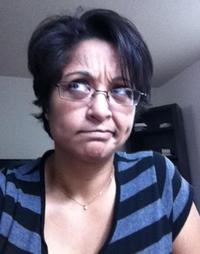 Mother of 2, married 20 years - Rosalind Hartmann has been writing since she was 16. She resides in Colorado Springs, Colorado with her family. Co-creator/admin of role-playing message board http://www.sanguineaffliction.com and owner/admin of www.theangrycrayon.com.

Rosalind has self published two paranormal action/adventure fiction novels with three more in the works.

*My Thoughts*
As I turned the pages reading, I felt I was on a whirlwind trip traveling from country to country with Vivienne and Simon, both searching for answers to the mystery of the Blood Memory. I enjoyed the twists of the story. I thought it was a refreshing new take on werewolves and vampire lore. And...the characters were interesting and unique.

I was drawn into the quest that Vivienne, werewolf, and Simon, vampire, embarked on in order to find answers despite the obstacles that lied before them. I was intrigued more and more as answers were revealed to just create more questions. I grew more curious as to why it was so important to stop them from finding answers. I was also fascinated that this quest of theirs revealed some history of the rivaling species...which was the reason why Vivienne and Simon were searching for answers...which also created deception and doubts among the other characters...secrets can do that.

All in all, I found Blood Memory entertaining, intriguing and fascinating as it took vampire and werewolf stories into another direction...totally not written in the traditional sense. The setting and characters were well developed and well written. Now, I definitely have to read the second book, Blood Memory: Beneath the Surface.

Posted by Jasmine Albitos at 6:25 AM