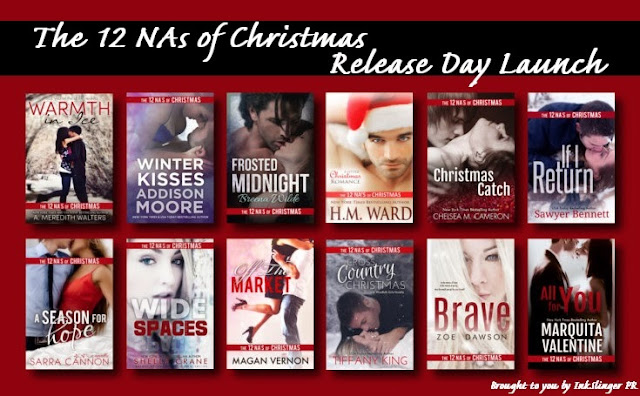 The 12 NA's of Christmas is a set of 12 NA Novellas all surrounding the holiday season. Written by some of your favorite, bestselling New Adult Authors, these novellas are sure to get you ready for whatever you have planned for the holidays.

Before we get started with each novella, let's highlight one in particular... 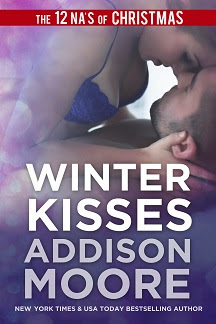 Summary
Laney Sawyer used to believe in love and all of the trappings that happily ever after could provide until Ryder Capwell crushed her heart. When Laney is auctioned off as a prize at the drama department fundraiser the last person she expects to trade cold harsh cash for her company is Ryder.

Ryder Capwell is in love with Laney Sawyer. One year ago she walked out of his life and took the light of his world right along with her. Ryder would do anything to have another chance with Laney, including purchasing her for the evening courtesy of Whitney Briggs University, and he does just that.

One thing leads to whiskey, which leads to a one-night stand. She thinks it's revenge sex -- he thinks its make up sex. Things can only go wrong from here.

Excerpt
I used to believe in love. I used to believe that two people and one lifetime equaled happily-ever-after. I used to believe that the strong arms that once held me tight would always protect, never leave, never give up on us. Maybe he didn't give on us. Maybe I did.
At the end of the day, maybe we both did.
And yet, here I am in his penthouse again, devoid of clothes, low on dignity, loaded with whiskey.
"Let me into your heart, Laney," he pleads with those deep navy-eyes as we stand just shy of his bed. "Let me crush every memory you have of the two of us and make something new, something better, something that never disappoints because it doesn't know how." He dots a series of hot kisses slowly up my neck, and I groan. My skin touches his, and then it's over. I'm all in. Every last inch of me has been so thirsty for Ryder, and now, here I am, ready to drown in the cool spring of his affection while my entire body reanimates under his willful supervision. A part of me died last winter in a very real way and, here he is, reawakening me, breathing life back into my soul by way of his mouth, his fingers -- his bare flesh.
He pulls back and rakes over me with his slow gaze.
"Get in my bed," he growls it out, sharp like an order.
"If you want me in your ed you'll have to damn well put me there yourself."
Ryder gives the ghost of a smile.
And he does.

Winter Kisses (Book 2 of the 3:AM Kisses Series) is Available Now

Catch up with the 3:AM Kisses Series with Book 1... 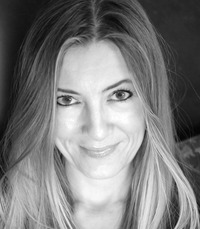 Addison Moore is a New York Times and USA Today bestselling author who writes contemporary and paranormal romance. Previously she worked as a therapist on a locked psychiatric unit for nearly a decade. She resides on the West Coast with her husband, four wonderful children, and two dogs where she eats too much chocolate and stays up way too late. When she's not writing, she's reading.

The 12 NA's of Christmas includes the following novellas:

About Magan Vernon and OFF THE MARKET:
www.maganvernon.com
https://www.goodreads.com/book/show/18106538-off-the-market
Etta Davis must decide if a second chance with an old flame is worth taking her house, and her heart, off the market.

About Zoe Dawson and BRAVE:
www.zoedawson.com
https://www.goodreads.com/book/show/18106546-brave
His heart was closed, his emotions buried, he was a man on the edge of self-destructing. This Christmas, snowbound in Colorado little did he know that courage would be found in another searching for the strength to be brave.

About Chelsea Cameron and CHRISTMAS CATCH:
www.chelseamcameron.com
http://www.chelseamcameron.com/ https://www.goodreads.com/book/show/18106783-christmas-catch
She swore she was never going back to the tiny fishing village she came from. So did he. But when they’re both dragged back to Saltwater, Maine, they might realize it’s where they belong. Together…

About H.M. Ward and A LITTLE CHRISTMAS ROMANCE:
www.sexyawesomebooks.com
https://www.goodreads.com/book/show/18106682-a-little-christmas-romance---the-12-na-s-of-christmas
A sexy and sweet holiday treat.

About Breena Wilde and FROSTED MIDNIGHT:
www.breenawilde.blogspot.com
https://www.goodreads.com/book/show/18106653-frosted-midnight
Willow St. James needs a miracle and an encounter with Austin Merrick at midnight on Christmas Eve may be just the answer she's looking for.

About A. Meredith Walters and WARMTH IN ICE:
ameredithwalters.blogspot.com
https://www.goodreads.com/book/show/18106519-warmth-in-ice
Clay and Maggie struggle to build a future while overcoming the demons of their past. And during the heat of a Florida Christmas they are reminded that theirs is a love worth fighting for.

About Sawyer Bennett and IF I RETURN:
sawyerbennett.com
https://www.goodreads.com/book/show/18106691-if-i-return
What was supposed to be a quiet Christmas holiday turns into a life changing event for Hope and Jack. The only problem? Jack is headed off to war, and there is no guarantee he will come back.

About Shelly Crane and WIDE SPACES:
www.shellycraneauthor.com
https://www.goodreads.com/book/show/18068475-wide-spaces---the-12-na-s-of-christmas
When they found each other, they knew that life had given them a second chance. But a life together that saved them will become a life they think is lost forever.

About Addison Moore and WINTER KISSES:
addisonmoorewrites.blogspot.com
https://www.goodreads.com/book/show/18107070-winter-kisses---the-12-na-s-of-christmas
Having a one-night stand with your ex is never easy. She thinks its revenge sex. He thinks its make-up sex. Things can only go wrong from here.

About Marquita Valentine and ALL FOR YOU:
www.marquitavalentine.com
https://www.goodreads.com/book/show/18106807-all-for-you--the-12-na-s-of-christmas
The only thing West Diaz wants for Christmas is McKenzie Walsh's forgiveness, but she's not ready to make nice, until, that is, he willingly humiliates himself in public to prove he's not the same guy who bullied her in high school. But can one simple act overcome years of torment?

About Sarra Cannon and A SEASON FOR HOPE:
www.sarracannon.com
https://www.goodreads.com/book/show/18106973-a-season-for-hope
After a devastating breakup, Bailey Houston just wants to give up on life. But can sexy med-student Judd Kohler teach her that Christmas really is a season for hope?

Well, what a way to get ready for the Holiday Season!
Talk about 12 hot NA novellas for Christmas!
Check out these novellas now!