MY THOUGHTS: Finding Kia (Book 1 of The Lost Girl Series) by Airicka Phoenix 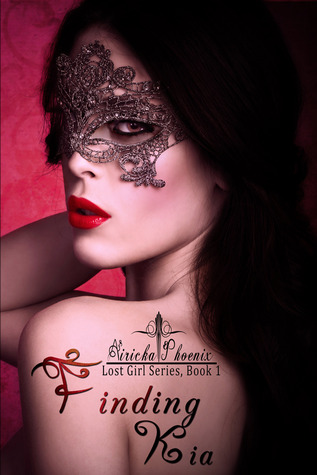 Summary from Goodreads
"Maybe you should avoid me tonight."
His arm slipped around my waist and I was drawn into his chest. "If I only have this one night with you, the last thing I'm going to do is stay away."

Kia Valentines had always accepted the fact that she was a nerd, a nobody. It was a badge she wore with honor, until the day she saved Claudia DeLorenzo's life and lost herself. When offered the chance to shed her identity for a single night, Kia never believed it would change her life. It was one ight. It meant nothing, or it shouldn't have. But that single night turned out to be her undoing when she finds passion in the arms of the one person she can never have.

Adam Chaves was more than just a gorgeous face, he made her laugh, but more importantly, when he looked at her, she felt like the most beautiful girl on earth. But Adam has no idea that Kia was the girl behind the mask and Kia has no intention of telling him. But a secret could only be kept if no one else knows about it. Claudia knows and she wants something Kia isn't willing to give in order to keep it.

Will Kia succumb? and just how far is Claudia willing to go to get what she wants? 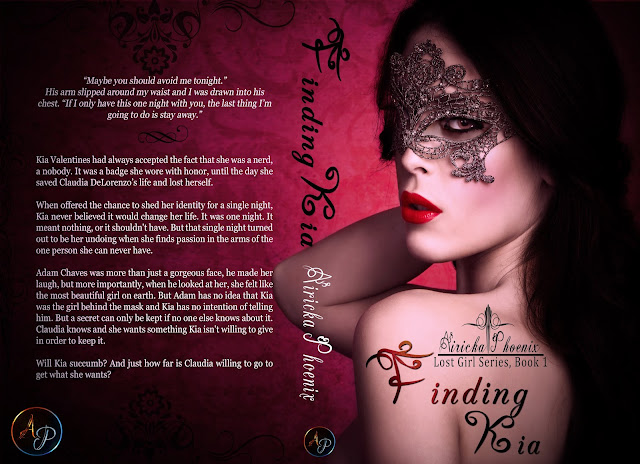 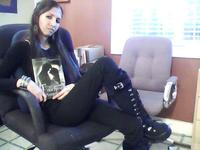 Airicka is the creator of The Touch Saga, The Sons of Judgement Saga, The Lost Girl Series, The Dare Series and Games of Fire. Her standalone novel, Betraying Innocence, will be published October 2013 and th conclusion of Finding Kia, book 2 of The Lost Girl Duology, Revealing Kia, will be out November 2013. She also has plans to release a Sci-Fi horror/romance, When Night Falls, December 2013.

My Thoughts
Finding Kia was a fast-paced teen, coming of age story of a beautiful teenage girl with insecurities who finds herself learning more about who she is and who she wants to become. Yes...like any other teenage girl, trying to figure out who she is and wants to be...in high school, mind you, where it can be very difficult to deal with...wears a mask every day. But, for Kia, she had her moment to become someone else for the night with her dream guy. Enter Kia's dream guy, Adam, and he is just the beginning of Kia's cycle of change...it sure looked like he ignited this whole change in Kia. However, there is always the popular mean girls that enjoys making life miserable for other girls they perceive as "nobodies." Between her struggle with Adam after that fateful night, her conflict with Claudia and being a good friend with Vanessa, how much more complicated can Kia's life be? Now, that's up to Kia to figure out. That means, you have to read this to get a feel for Kia's dilemma.

I'm not one to spoil books for anyone, so let's just leave it at that.

I loved it! I was already taken in with the beautiful cover, and I was intrigued with the synopsis. It felt all too real, especially when Airicka's characters are high school students...I loved her well developed characters! The story/plot itself flowed and kept me wanting more! Finding Kia touched on issues that many teens have dealt with and deals with everyday, then and now, such as: bullying, just to name one.

It was like going through high school again through Kia's life...I definitely could relate! As I started reading the book, I noticed that it is told in Kia's point of view. I absolutely loved Kia's humor, wit and quirkiness...I could almost relate to her. I didn't want to put the book down, I was so absorbed into Kia's life. Just like a modern teen Cinderella story...there's always the "villain" who wants to ruin Kia's "happy every after."  Before I knew it, the book came to an end, but I wanted more! The way Airicka ended Finding Kia was totally a dramatic cliffhanger! Wow!

This is the first book of Airicka Phoenix's books that I have read...and I am SO happy that I did. My heart was racing as I read through the book, following Kia through her predicament! I got so excited while reading the book that I had several OMG moments...hahaha! Now, I am absolutely excited to read the second and final book in The Lost Girl Series...and find out what happens next for Kia, Adam, Vanessa...and Claudia!