Welcome to the Nerd Blast for Anne Carlisle's second book of the Home Schooling Trilogy...

It's 1900 in remote Wyoming, where a smart young siren in human form falls into a trap. Because of a curse, her lover may die if she acts on her passionate instincts.

The novel is a new take on speculative fiction, treating real coming-of-age issues of choice for modern young women and meanwhile weaving a cautionary tale of paranormal romance and terror set in the distant past.

This is the story of a group of sirens, told in part by the ghost of the main character, Cassandra. The sirens are creatures who are part human but who have strange powers and skills. Cassandra's love life in the Old West results in a curse which passes down the generations.

A family of paranormal women, an ancient lineage of sirens in human form, are threatened by extinction, unless Marlena, the youngest, carries her pregnancy to term in 1977. Cassandra, the siren ghost, tells Marlena her own story, how back in 1900 in Wyoming, she followed her passion rather than a code of human values. Falling into a trap, she brought on the family curse and disaster. Now the men loved by the sirens face an untimely end.

Get caught up with the Home Schooling Trilogy with Book 1... 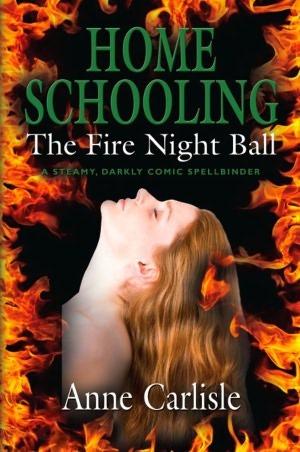 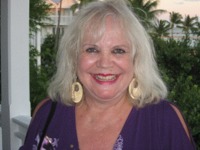 Anne Carlisle, Ph. D.,  is an award-winning author. The Siren’s Tale is the most recent release, from LazyDay Publishing and available on Amazon, B&N, and ARE. It is the second novel in her Home Schooling trilogy, paranormal-romance novels for New Adults which feature the sexual exploits of sirens in human form as they emerge into adulthood. Carlisle holds a doctorate in 19th Century British Literature from Case Western Reserve University. Currently Professor and Course Chair at the University of Maryland, she teaches college writing worldwide to U.S. military students. Formerly, while working as a newspaper columnist, magazine editor, and theatre reviewer, she authored a book on writing, wrote hundreds of articles, and was awarded prizes by the ANPA and the National Writer’s Club. She also served as a dean for Golden Gate University in San Francisco. She works from her homes, in Seattle, Key West, and Wilmington, NC.

2 Winners will get a physical Copy of The Fire Night Ball (ships in US Only)
1 Winner will get an eCopy of The Siren's Tale (open internationally)
a Rafflecopter giveaway
Posted by Jasmine Albitos at 7:00 AM