COVER REVEAL: Born of Deception (Book 2 of the Born of Illusion series) by Teri Brown

Welcome to the Cover Reveal of... 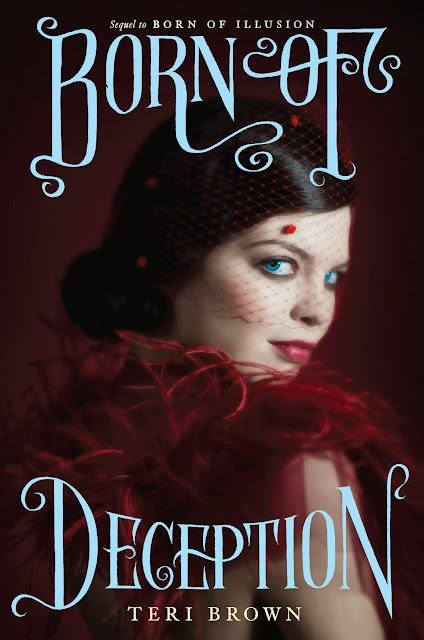 Budding illusionist Anna Van Housen is on top of the world: after scouring a spot on a prestigious European vaudeville tour, she has moved to London to chase her dream and to join an underground society for people like her with psychic abilities. Along with her handsome beau, Cole Archer, Anna is prepared to take the city by storm.

But when Anna arrives in London, she finds the group in turmoil. Sensitives are disappearing and, without a suspect, the group's members are turning on one another. Could the kidnapper be someone within the society itself - or has the nefarious Dr. Boyle followed them to London?

As Cole and Anna begin to unravel the case and secrets about the society are revealed, they find themselves at odds, their plans for romance in London having vanished. Her life in danger and her relationship fizziling, can Anna find a way to track down the killer before he makes her his next victim - or will she have to pay the ultimate price for her powers?

Teri Brown is proud of her two children but coming in a close second is the fact that she parachuted out of a plane and beat the original Legend of Zelda video game. She is a word scribbler, head banger, math hater, book reader, rule breaker, food fixer, novel writer, kitty keeper, and city slicker. Teri lives with her husband and way too many pets in Portland, Oregon. 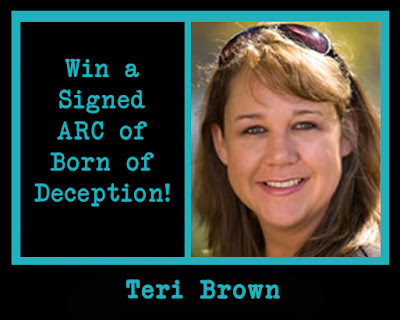 a Rafflecopter giveaway
Posted by Jasmine Albitos at 3:00 AM