Welcome to the Cover Reveal of


Synopsis
Eliza Monroe has been traveling the United States for three years, immersing herself in the towns she visits as she searched for the mother she's never known. She hopes returning to her grandmother's inn in Sage Springs, Missouri, will provide the break she needs to evaluate her lonely life.

What Eliza isn't expecting is to have two men enter the picture, not making her decision to stay or leave any easier. One has been her foundation, while the other is as comfortable as she is hopping from city to city. Throw in a kooky grandmother, a cheerful best friend, a sarcastic guest, a town where residents and spirits interact like neighbors, and Eliza has little time to contemplate her future.

Friendships grow, webs are spun and lies are revealed before Eliza comes to terms with what she wants in life and learns what's really important.

Whispers and Wishes will be available November 7, 2013! 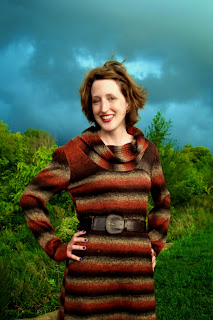 Hollie Westring hails from Kansas City, Missouri. She used to be a journalist, which probably explains her extreme dislike of the serial comma and her preference for AP style.

After realizing the hours of journalists were not productive to any type of social or family life, she settled into a job at a publishing syndicate. She worked with comics, astrology columns, word puzzles and feature columns for six years. Although she enjoyed her time there, Hollie decided to leave the nine-to-five world and join the twenty-four/seven world of motherhood. Now she edits from home.

When not writing, editing or reading, Hollie can be found baking cookies or watching more than her fair share of crime TV. She's a loyal Royals and Chiefs fan.

Posted by Jasmine Albitos at 10:04 AM