RELEASE DAY BLITZ: The Mark of the Fallen Flame by Brittany Matsen

Today, we are excited to celebrate the release of Brittany Matsen's The Mark of the Fallen Flame, the first title in the Weapon of Fire and Ash series! To celebrate this release, we have an exclusive excerpt AND a blitz-wide giveaway to share! So... Be sure to grab your copy now!!! 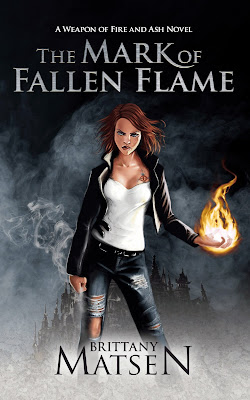 Synopsis:
Two days before the start of senior year,

Emma Duvall is attacked by creatures that hunt from the shadows. A hidden world that exists within her own, explodes around her as she is faced with menacing creatures of the deep, ugly venomous creatures with voices so beautiful they bring humans to their knees, and a wicked beast with eyes the color of blood.

When she touches them, their dark powers flow into her, awakening a hunger in her that had laid dormant for seventeen years. The darkness is seductive when it deals in rage. And rage is exactly what she needs to survive.

Not only must she keep her powers a secret, she must also contend with the new boy in school. He is both dangerous and unnaturally handsome, drawing her in like a magnet. What she can’t explain is why being close to him causes her physical pain.

And those that hunt the monsters of the night—the Giborim—sworn to protect the humans, find that Emma may be just as monstrous. Except the striking, centuries-old, Blaze, who seeks revenge for the mother and sister he lost. Emma will do anything to impress him and earn his trust. Including using herself as bait to ensnare the final piece of Blaze’s vengeance.

War between the two races is looming on the horizon as the wicked creatures of nightmares seek to enslave humankind. When Emma is thrown in the middle as the ultimate weapon, she must allow herself to be wielded…just long enough to save the world.

For when the raging fires of her wrath are unleashed, the world with be painted in the ashes of her enemies.

*Excerpt*
When Emma and Rowek were alone again, her gaze snapped back to his. He watched her, his lips tugging to the side. His eyes were brighter, the golden hue shining through. Like a flame doused with gasoline.
“What’s one thing you’d like to know about me?”
Emma thought for a moment. “What would happen if I touched you again.”
His expression burned hotter as a wicked grin spread his lips. The invisible cord that drew her to him pulled tight, and she surrendered to it. A tendril of heat licked through her. Any fear or hesitation on her part was gone. She slid her hand across the table, lightly brushing her finger over the top of his hand. A spark crackled above their skin. She started, but she didn’t withdraw her hand. Rowek didn’t seem at all surprised, he just watched her.
Her fingertips trailed up the back of his hand, and his eyes flared in response. Gently, as if trying not to startle her, his hand grabbed hers. A jolt went through her, but it wasn’t power. It was a heady sensation to be touched by him.
She let him pull her to her feet. Like she was in a trance, she let him guide her. His hands cupped her hips, and her heart galloped wildly. With little effort, he tugged her down onto him, her dress curling up her thighs as she straddled his lap. A fire stirred inside, every inch of her aware. Her hands ran up his chest, under the dark suit jacket. She could feel the toned muscle hidden beneath as her fingers brushed up to his tie and pulled it loose.
“What is your tattoo of?” Her voice was like silk.
“I’d show you all of it, but I’d have to take my shirt off.” His hot breath tickled her neck.
She worked the first button open as his lips brushed against her skin, setting her on fire. Her fingers stilled, eyes fluttered closed, letting his touch consume her. Kisses trailed up her neck, and she shivered. His lips touched her jaw bone with feather-light delicacy.
“Is it a symbol?” she rasped, fighting to remain in control.
He made a noise in the back of his throat that sounded almost feral. Like he didn’t want to stop kissing her.
“Yes,” he replied, voice gruff.
Then he kissed her. 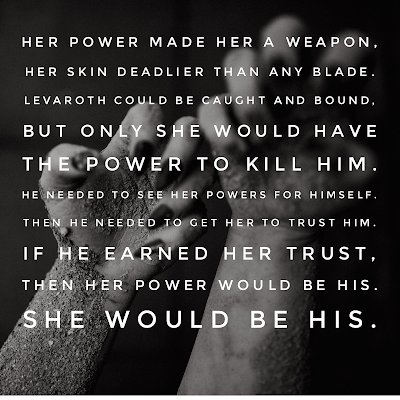 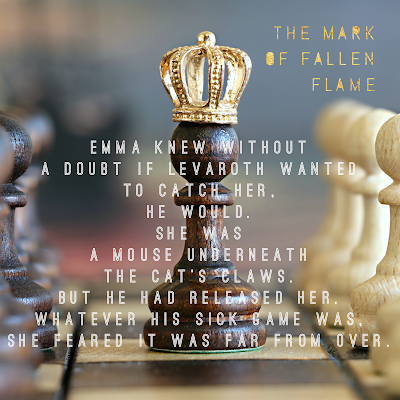 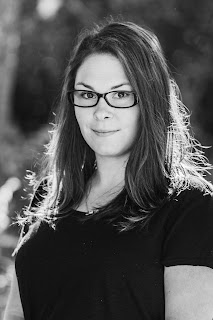 Brittany Matsen is an American by birth but a Kiwi at heart, living in the wondrous New Zealand with her husband and son. Writing has been a passion of hers since she was very young. In middle school, she had articles published in the local newspaper, and the school paper in high school. Brittany attended the Institute of Children's Literature with the hope of one day creating stories of the world.