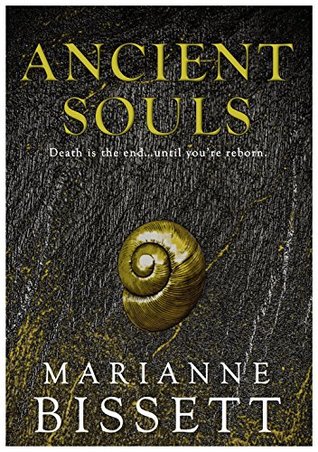 Synopsis:
Death is only temporary and then you’re reborn, sending out a call to other souls linked through past friendship, love—and betrayal.

When WWII nurse Cora Tate discovers she can remember past lives, she is thrust into a world she never knew existed but lived through more times than she could count. Although the memories of her many pasts have not yet returned, she finds herself at the center of a centuries-old conflict with a clear line dividing those who seek power and those who seek to give it. With her superior fighting skills and instincts for battle resurfacing, Cora agrees to fight, joining ancient warriors who could never blend in and a petite female sniper you could never see coming.

With battle after battle, Cora's memories begin to flood back--though some not soon enough. Their leader, British Captain Alastair Scott, doesn’t hide his feelings for her, barely reigning in his passions in his attempt to give her space to remember. But as Cora’s mind begins to open further revealing her love for Alastair and the never ending war in which they fight, memories of another soul emerge in a far away past where lovers turned enemies and enemies turned lovers.

With her destiny held in the balance, Cora must reconcile between who she once was with whom she was always meant to be to stop the war for good. 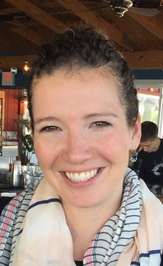 Marianne Bissett has had an active imagination since before she could remember, creating stories in her mind to combat everyday boredom. Now as an adult she has turned those daydreams into novels writing Historical Fantasy Romance, Contemporary Romance, and Middle Grade Fiction.

Marianne is a firm believer in going after what you want and hopes her adventures in publishing will inspire her children to do the same.

“Is there a second book,” is what I want to ask before I start this review.

Ancient Souls is a romance, action, and historical fiction rolled into one. It got my mind wandering and searching for more with detailed scenes of the World War II battle front. The beginning chapters build the story with Cora Tate as the main character. While she starts as a nurse in World War II Normandy, Cora finds out that she plays an even larger role in the shadows of society. In a centuries-old conflict between people who seek power and those who seek to give it, the guises are those who can remember events of past lives, use it to their advantage, and even find long-lasting relationships. I find the story a little slow in the beginning, but it made all the difference in the end with a dramatic rescue, a fight for individuality, and the hope for new life. Bissett carefully crafts lifetimes of relationships that help shape Cora into a strong, compassionate, and reliable character.

A part of Ancient Souls that I enjoy quite a bit is the familial bond Cora shares with people she has only just met and has yet to remember them. The relationships between characters enhances the story and makes me fonder of it. Marianne Bissett’s writing style strikes me as dramatic and well-articulated. The story flows in a smooth and linear trajectory but takes slight detours so the reader can learn more about Cora, Alastair, and the guises. The story overall has other characters and plot points that allow Bissett to continue this riveting tale and expand on an universe.

Posted by Mariah Bonifacio at 8:43 PM