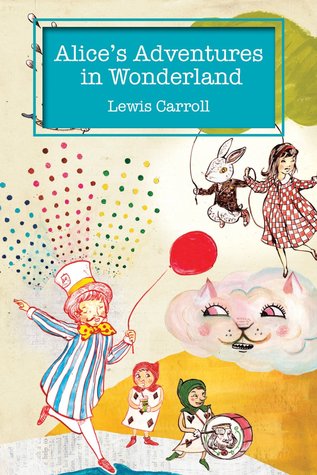 Synopsis:
After a tumble down the rabbit hole, Alice finds herself far away from home in the absurd world of Wonderland. As mind-bending as it is delightful, Lewis Carroll’s 1865 novel is pure magic for young and old alike.

His most famous writings are Alice's Adventures in Wonderland and its sequel Through the Looking-Glass as well as the poems "The Hunting of the Snark" and "Jabberwocky", all considered to be within the genre of literary nonsense.

He also has works published under his real name.

Alice’s Adventures in Wonderland is no doubt an iconic story, but it has shifted, changed, and has been reinterpreted many times over the years. Charles Lutwidge Dodgson, under the pseudonym Lewis Carroll, wrote Alice’s Adventures in Wonderland as a simple children’s book for his young friend Alice Liddell. The original story is just as imaginative as any reiteration and it is simply that. Never mind that the Caterpillar is smoking a hookah or that the mushrooms can make you grow, Lewis Caroll made a world for a little girl’s imagination to run wild.

While Disney’s adaptation, the 2010 movie, video games, and comic books reintroduced it into circulation, I find that they make a large effort to reimagine the original 1865 story. Whether you consider that a positive or a negative thing, I will leave that up to you. But for me, it is a positive because it makes the story adaptable to the different generations and audiences. The original story itself builds a world of utter nonsense. Each character that Alice meets tells a different story that may or may not have meaning to Alice’s predicaments throughout her stay in Wonderland. And it all turns out to be nothing but a dream. I enjoyed the idea of the 1865 version of Alice’s Adventures in Wonderland, but there were occasions where the nonsense was dry, dull, or just simply not enough.

Posted by Mariah Bonifacio at 8:10 PM