RELEASE DAY BLITZ: An Artifact of Death by J.J. Cagney

Today, we are excited to celebrate the release of J.J. Cagney's An Artifact of Death, the third title in the Reverend Cici Gurule Mystery series! To celebrate this release, we have an exclusive excerpt to share! So... Check it out and grab your copy now!!! 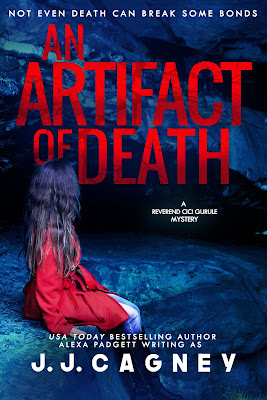 Synopsis:
A botched execution. A reverend on the run. Can she solve the mystery before she's caught in the crosshairs?

Reverend Cici Gurule went to the sacred Chaco Canyon in search of a sign. She's been offered a once-in-a-lifetime opportunity in a megachurch, but taking the position would mean abandoning her Southwestern home and the man she's grown to love as much more than a friend. She's so caught up in her thoughts that she doesn't realize when she stumbles upon a group of heavily armed operatives on the verge of an execution.

Soon, Cici's dodging bullets and scaling mesas with the mysterious man she saved from certain death. With a little help from her twin sister's ghost and restless ancestral spirits, they venture deeper into the maze-like rocky terrain. But her new companion's deadly aim makes her wonder if she can afford to trust his side of the story.

To make it out of the canyon alive, Cici must unearth the true story behind the man and a sacred Navajo artifact before the next bloodshed on sacred ground is hers.

An Artifact of Death is a standalone novel in a series of high-octane mystery thrillers. If you like fiery heroines who break the mold, top-secret missions, and colorful depictions of the American Southwest, then you'll love J.J. Cagney’s action-packed adventure.

*Excerpt*
﻿Cici ducked her head, prayed even harder to her sister and God, and kept running. She veered one way off the path, then came back and went the other. She, like so many people around the country, read the recent articles about the less-than-stellar hit record of highly trained police when trying to gun down a moving target.

Dios mio, she forced more speed into her legs and hoped the guys behind her were no better than the policemen in this country with their shots. At least then she had a chance.

Seriously, Aci, I need your help.

The last part she yelled in full caps inside her head, hoping to get her twin’s attention. Nothing. No cosmic shifting or grand diversions occurred.

Cici muttered a curse under her breath, unable—because of her inability to draw a deep breath—and unwilling to yell it as she had the last time she was this angry with her sister.

Pah-ting! That bullet’s heat seared her ankle, causing Cici to yelp and pump her legs even faster.

Aci, help me out, please.

More shots echoed through the canyon, burning her ears and causing her to flinch. The hot wind kicked up around her, seeming to bend toward her body, almost as if it propelled her forward.

﻿Winds were strange out here—shifting, fickle, and strong. The gust pushed her off the trail and Cici leaped over a rock, continuing to pump her arms and legs.

A cactus to her right—just off the trail where she’d been—exploded. Cici bit her lip as some of the spines tunneled deep into her skin. Those hurt. No time to falter, no time to even consider the pain—like the moment when her hands were all scraped up as she drove through that ragged hole in the chain-link fence two months ago.

Run. Cici’s legs tore across the ground, flying underneath her with a speed she never exhibited on the lacrosse field. Feet pounded behind her. She picked up speed, moving faster yet. Her heart hammered so loud, she almost couldn’t hear the person running behind her. Her chest burned like she’d swallowed lightning.

“Go! Go!” the man behind her yelled, his arms out straight as if he meant to push her.

Mr. Vasiliev. The man who’d stared down the barrel of the gun.

They hit the edge of the parking lot with Vasiliev mere steps behind her—curse his long legs—and Cici veered toward her car. She popped the locks of her Subaru and slammed into the seat, trying to ignore how awkward her back was arched, thanks to her pack that she didn’t stop to take off. Mr. Vasiliev ripped open the passenger-side car door and buckled himself into the seat.

Cici turned to stare at him, her breath ripping in and out of her lungs. “What are you—”

“What are you waiting for?” Mr. Vasiliev growled. “You have to realize they aren’t the only ones in the area. Drive this damn thing!”

He pulled Cici’s seat belt across her body and buckled her in. The nylon edge bit into the soft skin of her throat, causing it to sting and burn.

His tone—that same one Cici’s father liked to use—snapped her out of her stupor. She shoved the key into the ignition and gunned the engine as she reversed the car out of the lot.

More fireworks, no those were gunshots, sounded behind them. One rock or bullet ricocheted off some part of the rear of her car with a sickening sound of grinding metal. Cici gripped the steering wheel and ducked lower in her seat so that she could barely see out the front windshield. The radio blared the ﻿last song she’d connected through her phone—Dan Tyminski’s voice warbled out about dogs and deadbolts.

She reached toward the radio dial at the same time as the man, and they both slammed their palms on the volume button, leaving the interior of the car in ringing silence.

She pressed the gas harder, straight down to the floorboard, ignoring the way her head bounced and the backend of the vehicle sprayed gravel before its tires caught and the car lurched forward. The Subaru gained speed at a rapid clip along the smooth one-way road that wound around nine miles of ruins. For the moment, Cici ignored the engine’s high-pitched whine and instead focused on putting as much distance between her and the men with the guns as possible.

“Who the hell are you?” she snapped at the man sitting in the seat beside her.

Mr. Vasiliev glanced back over his shoulder. Slowly, his hand reappeared from the pocket of his trousers. He slammed a fist on his thigh as he sighed. “The man who just ruined your life.” 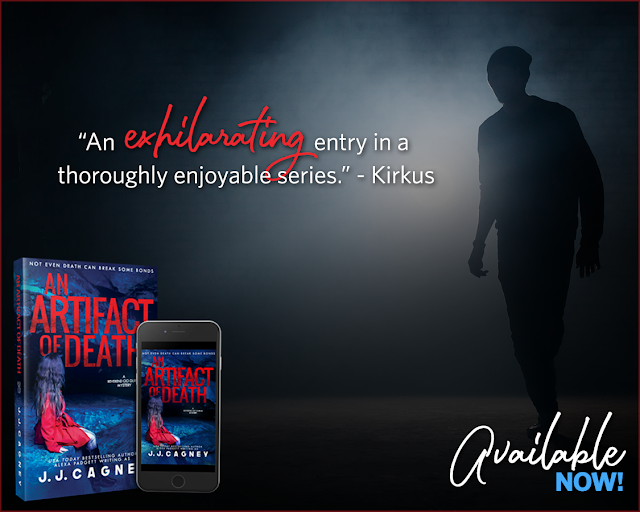 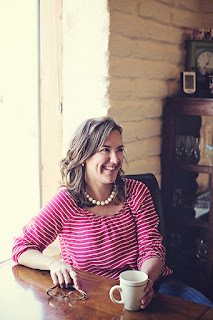 J. J. Cagney is the mystery/thriller pen name of USA Today bestselling author Alexa Padgett. Her debut mystery, A Pilgrimage of Death, was named to Kirkus Reviews' 100 Best Books of 2018 and Goodreads Best Mysteries of the 2010s.

Cagney holds a bachelor's in international marketing and spent part of her twenties as the marketing director for an elite sports management firm. And, yes, she did her requisite stint with a dotcom back in the that early 2000s, first as a marketing coordinator and then as a content manager. She's penned work for a variety of websites and magazines, and she worked as a literary agent for Irene Webb Literary.

She lives in northern New Mexico with her husband, children, about a million fish, and their Great Pyrenees, Ash. Kirkus Reviews called Cagney's latest mystery, An Artifact of Death, "An exhilarating entry in a thoroughly enjoyable series."