Description:
Lucifer is the story of the original fallen angel. Bored and unhappy as the Lord of Hell, Lucifer Morningstar has resigned his throne and retired to the City of Angels, where he owns an upscale piano bar called Lux. When a beautiful pop star is murdered, for the first time in roughly 10 billion years, he feels something awaken deep within him. Is he actually capable of feelings for a human being? The very thought disturbs him. The murder attracts the attention of LAPD homicide detective Chloe Dancer, who finds herself both repulsed and fascinated by Lucifer. At the same time, God's emissary, the angel Amenadiel, has been sent to Los Angeles to convince Lucifer to return to Hell. But with the City of Angels at his feet and a newfound purpose, Lucifer's having too much fun to go back now.

Sexy, dark and irreverent, Lucifer makes its Comic-Con debut with a screening of the complete pilot episode, followed by a Q&A with series star and producers. From Jerry Bruckheimer Television and Aggressive Mediocrity in association with Warner Bros. Television, and based on characters created by Neil Gaiman, Sam Kieth, and Mike Dringenberg for DC Entertainment's Vertigo imprint, Lucifer premieres Midseason on FOX. 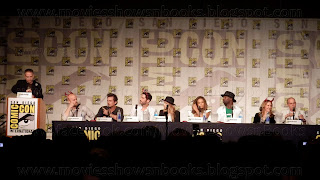 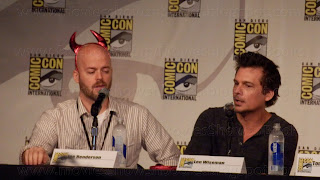 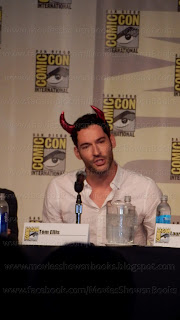 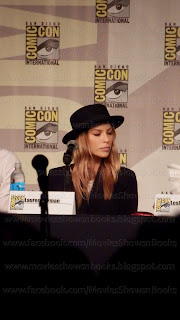 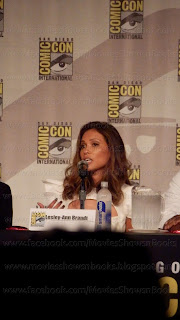 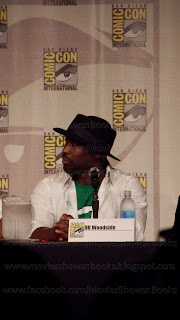 *My Thoughts*
First off...OMG! We got an advance screening of the pilot episode of Lucifer!!! I, as well as the fans, enjoyed watching it! It was filled with humor, drama, suspense, and (of course) the paranormal/supernatural. And...no, I will not say anymore about the pilot episode. I really don't want to ruin the anticipation for the show's premiere. I've never read the comic series that this show is based on, so I couldn't compare. I wouldn't anyways. This pilot episode opens the story up its introduction to Lucifer as he "retires" to Los Angeles. How ironic...isn't it. LOL! Tom Ellis plays the charming and witty Lucifer...and he plays it well, as well as, the rest of the cast in their own characters. After the screening, there was a lively and fun discussion with the cast. However, the panel had no time for a Q&A with the audience, which was okay since we got to watch the pilot episode. This is definitely something I look forward to watching.

Posted by Jasmine Albitos at 12:14 PM