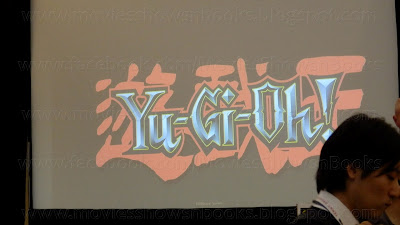 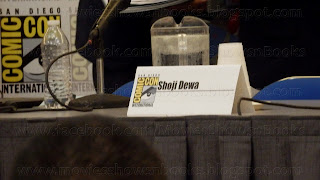 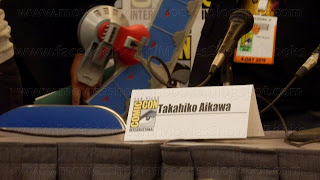 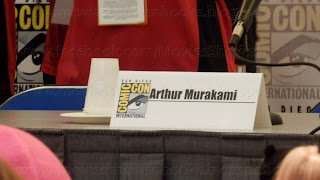 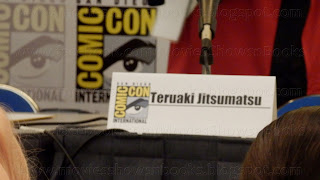 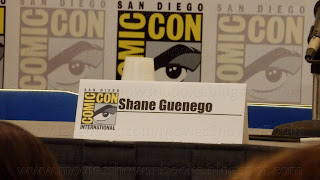 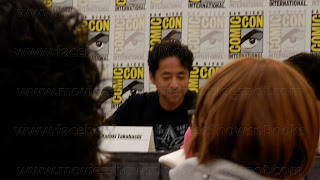 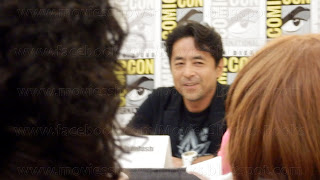 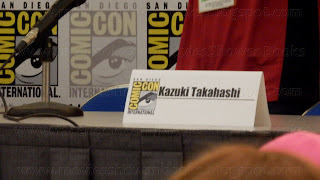 *My Thoughts*
I think the only reason this panel was so loud and lively was because Kazuki Takahashi, the creator of Yu-Gi-Oh!, was there for his first US appearance. If Takahashi-sensei didn’t need a translator I would’ve completely forgotten there were other panelists sitting on the stage with him since he was the only one talking. He was so polite and friendly, I couldn’t meet him in person but he seemed rather reserved. So yes, a lot about the Yu-Gi-Oh! franchise: episodes re-released with subtitles, the card game, new games being created probably by Konami, and especially the new movie, Yu-Gi-Oh! The Dark Side of Dimensions that will be released in Japan in 2016.


Introducing the new movie, since I was never hyped up for Bonds Beyond Time, the new movie which centers itself around Seto Kaiba and Yugi Muto 6 months after Pharaoh Atem departs in the original manga, hopefully trumps its predecessors. The animation looks so eloquent, that’s definitely a turn on for me. Like anything that deeply takes your interest, you’ll recognize it immediately; despite old school characters in the new movie having slightly different designs, the art work is definitely his style. Kazuki Takahashi did many new monster designs, made the characters slightly older, and designed the new antagonist. Yugi: looking a little older and hopefully taller; maybe Atem was stealing all the height on purpose. Kaiba: still angry but determined. Tea/Anzu: I suppose she got “sexier” as the panelist put it but definitely the most matured appearance wise. And Joey/Jounouchi: while his appearance has change to be, what I would call, “pointier” but apparently didn’t mature personality wise. Takahashi-sensei also did a quick drawing of Yami Yugi in ten minutes that would have taken me an hour.
Included on the panel were questions asked by the fans. Some questions you could have looked up online and were simple like, “What was your inspiration” or “How did you come up with Yu-Gi-Oh!” The only one that I was most interested in was: “What character do you (Takahashi-sensei) most relate to?” Normally, I would think the main character which is Yugi but he would rather relate to Joey/Jounouchi. Seeing his personality during the panel, it would only make sense. The Q&A had simple questions yet deep questions that showed me that Takahashi-sensei did his research on Egypt to create the Yu-Gi-Oh! manga. I didn’t know games originate 5000 years ago in Ancient Egypt. Would I pay to see the movie: maybe; would I buy the DVD/Blu ray: yes; will I continue to play Yu-Gi-Oh!: yes. And finally, congratulations Takahashi-sensei for the prestigious Inkpot award!

Yu-Gi-Oh! The Dark Side of Dimensions trailer

As Seto Kaiba stands in the center of the movie poster, I'm more excited to know that he'll be an important part of the next Yu-Gi-Oh! movie, hopefully more so than in Pyramid of Light. I'm more than happy to see old school characters face off against a more "modern" enemy, aside from Noah Kaiba and Zigfried von Schroeder. Little glimpses of the movie provide some hints for more dimensions in existance, other than the shadow realm or an after life. But more importantly better graphics than before. New monsters, new designs, and Yugi's newest opponent; I hope to see all my favorites along with a crazier yet meaningful plot. While I expect the same outcome for yet another one of Yugi's duels, I'd like to see his growth after 6 months of Atem's departure. But my first question, other than "How often will we see Seto Kaiba in this flick," is "Why does than new opponent on the movie poster look like Yusei from 5D's?"

Posted by Mariah Bonifacio at 7:17 PM