It was that time of summer...again! For many geeks and nerds, we all know that time of year to be the annual San Diego Comic Convention, where fans of all genres of pop culture come together to celebrate and enjoy a 4-day weekend of fandom festivities. I will have to say that those four days was exciting, yet exhausting! Nevertheless, we can plan all we like, plans always changes once we're in the middle of all the festivities.

Quite frankly, we start preparing for this amazing event one year in advance! Oh yeah! This preparation is mainly saving up monies that we will spend at this Con which includes: food, souvenirs, signings, hotel, and etc. So far, our method of saving all our change for a year before has helped us to provide our pocket money...and, it works! For us, anyways!

Every year, San Diego, particularly the Gaslamp Quarter, gets all decked out for Comic Con. And, every year, they always work at outdoing last year's set ups, especially with the onslaught of new movies, TV shows, books, and, of course, comic books. It's pop culture at its peak! Fans of all ages and all genres of pop culture enjoy a four-day weekend filled with exhibits that are amazing and interactive! Yes, several booths were set up for fans experience their favorite shows up close and personal. Booths such as AMC, ABC, SyFy to NBC's set up outside of the convention center, all to give fans a sneak peek and fun experience of many favorite and new TV shows. Let me just say that every year is always an amazing surprise to see all the cool and exciting set ups. 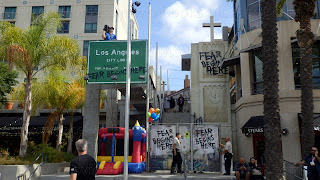 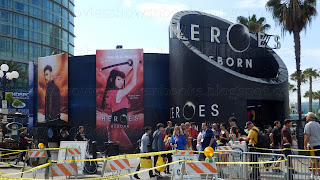 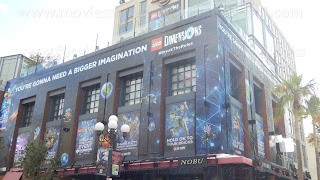 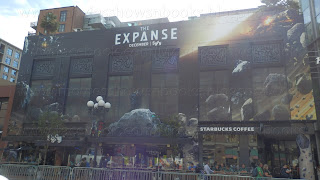 Oh, can't forget those religious fanatics preaching during this entire weekend....haha!! It's always the same thing every year. We actually saw a couple of ladies getting worked up over it. Wow! Those religious speakers accomplished what they wanted....a reaction! Anyways, just had to throw that out there...haha!

Even in the early hours, SDCC 2015 attendees line up to enter the exhibit hall, Ballroom 20, Hall H, and all the other rooms where many panels are held. There are those that also camp out, especially for Hall H and Ballroom 20, in order to get seats near the stage. Yeah... Mariah and I decided against that. We camped out one year, and that was the last time...not fun at all. Well...maybe a little bit of fun, especially when with friends and meeting new fellow fans
. 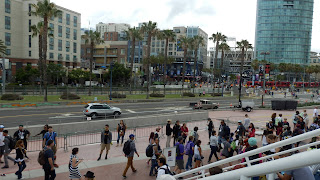 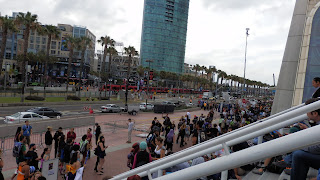 Even celebrities and authors were out and about in San Diego for this exciting four-day weekend; hence, the long lines and camping out just so they can get a decent view of their favorite celebrities of whom cast in movies and/or TV shows. Mariah and I got to sit in the panels for A&E's Damien and Fox's Lucifer! Both panels had the cast in the panel. Moreover, we got to watch the pilot episode for Lucifer. That was just awesome...what a sneak peek! A&E gave the audience an exclusive sneak peek with an exciting trailer! As for the other panels we attended, we focused a lot on anime and manga since Mariah is an aspiring artist and this is what her focus is. Sooo...that's what we took advantage of at the Con. Some panels were informative and fun, but others....eh...not so much.

I can't forget meeting authors! I can never get tired of meeting new authors and favorite authors! It's so much fun to catch up with them, especially with their latest books. So, of course, being a booknerd, I brought several books from home to get signed...that is if I can get to the signings...haha! When signings are ticketed, it can be difficult. Luckily, I got most of the authors that I wanted to meet, such as: Sarah J. Maas, Melissa de la Cruz, Cecil Castalucci, Marie Lu, Leigh Bardugo, Mary E. Pearson, and Thomas E. Sniegoski! This last author, Thomas E. Sniegoski, was a chance meeting, too! I just took a chance that maybe he would be at SDCC and brought my books...just in case, and it paid off. Thank goodness I brought my Fallen books with me...haha!

On top of everything that was happening, it was especially exciting to see and catch up with friends! Even with thousands of people crowded in the convention center, we were able to run into friends...and make new ones, too!

We can't forget all the cosplayers out there! And, wow, there were some that were very elaborate. I am just amazed at how much work they put into these costumes, especially in getting it close to accurate! It's definitely very cool! They even cause a crowd! And...every year, checking out the costumes is always fun to check out. 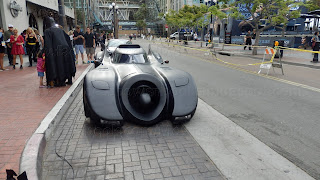 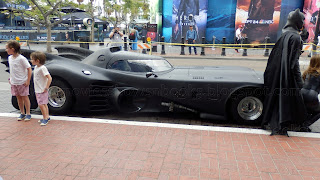 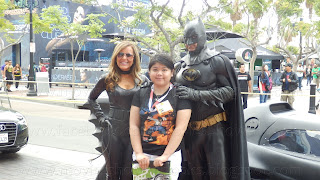 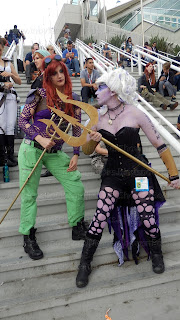 By the last day of the Con, Mariah and I spent it walking the exhibit hall, snapping photos, gathering swag, and obtaining more signings. Luckily, we were able to get a few signings throughout the entire weekend. Most notably, the signing with the cast of Batman v. Superman! This was a ticketed signing at the DC comics booth. Huge "thank you" to Sue, Chelsea, and Jenevia for getting a couple guys to holler at me as I walked by them...hahaha!!! At the time, I was making my way to another booth to get a ticket for another signing, but the line they were in was a lot more exciting...haha! A chance to meet Henry Cavill, Ben Affleck, Gal Gadot, Holly Hunter, Jeremy Irons, Jesse Eisenberg, Amy Adams, and director Zack Snyder...yeah, I definitely got my Con priorities straight...haha! I was definitely swooning after meeting these amazing people, even when the DC crew was ushering us along the line! However, I totally understand why the rush... it's Comic Con, after all! 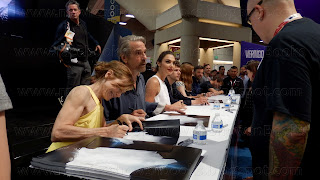 Now, for those who are after autographs and photo ops with celebrities, the autograph area, located in the Sails Pavilion, is the place to go. However, there are those that charge a "pretty penny," I say it is totally worth it, especially if these opportunities to meet favorite celebrities don't come often. For instance, meeting some of the cast of Battlestar Galactica (2003), totally made it worth it! Oh yeah! Mariah and I met Kandyse McClure, Tahmoh Penikett, Sam Witwer, and Edward James Olmos! I was totally giddy like a fangirl...haha! 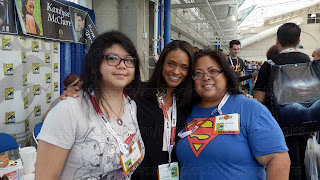 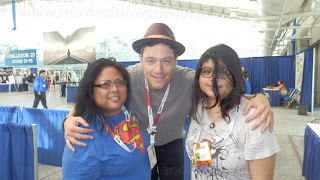 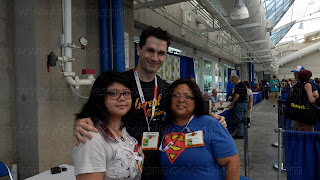 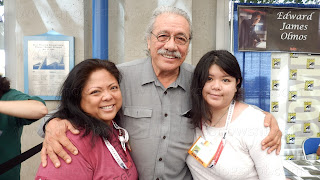 Though it was an exhausting four-day weekend, it was expected with all the walking we did. Although we didn't get our usual parking at the Hilton Bayside, due to a lottery by ACE Parking, parking at the Horton Plaza wasn't too bad. However, along with other attendees, I wasn't all too happy with this parking lottery that took place in April. Many attendees, including myself, weren't aware that it even took place....oh well!

We'll be highlighting each panel that we attended in separate posts. I'll also be posting more photos on our Facebook page, here!

Well, another year of the San Diego Comic Con has come and gone...and all the festivities has ended. Time to save up for next year...hahaha!!

View all the photos from all four days, HERE!

Posted by Jasmine Albitos at 11:09 AM