Plot Summary:
When John Connor (Jason Clarke), leader of the human resistance, sends Sgt. Kyle Reese (Jai Courtney) back to 1984 to protect Sarah Connor (Emilia Clarke) and safeguard the future, an unexpected turn of events creates a fractured timeline. Now, Sgt. Reese finds himself in a new and unfamiliar version of the past, where he is faced with unlikely allies, including the Guardian (Arnold Schwarzenegger), dangerous new enemies, and an unexpected new mission: To reset the future...

Despite all those mixed critic reviews, I loved it! LOL! Sure brought back memories of watching the first two films. The CGI was impressive, especially in bringing back a young Schwarzenegger. This film definitely reminded me a lot of James Cameron's style in the first two movies...almost as if paying homage to Cameron's style and to the franchise. Of course, in keeping the twisted concept of time travel and alternating timelines, many scenes were reminiscent of the two previous films. Totally loved it! Even in this new "timeline," several scenes played on the famous scenes that fans loved in the first two films...plus, some new ones...as well. This definitely had a Terminator "mash-up" feel to it.  A bit of the past, present, and future played big parts in keeping the flow of this alter or (as they called it) fragmented timeline.
Sooo...watching the first two films would be highly recommended before watching this. But, if not, I say watch the first two films afterwards, too. It's going to feel like watching three different timelines... with each one changing as the past is altered every time.

Now, as for the cast! Arnold is just... him! I always love when actors/actresses reprise their roles. He's the original Terminator... just wouldn't be the same. Yup! He still got it... down to the one-liners! For sure, there will be another one-liner Arnold has made popular. As for Emilia Clarke, I think she was amazing as Sarah Conner. I think Linda Hamilton would be proud...haha! Of course, there's no way I can compare the two... they are both amazing actresses. They each brought their own spunk to the character. I totally loved that the film included a bit of a background on Kyle Reese, portrayed by Jai Courtney. Jason Clarke did a wonderful portrayal of the leader of the human resistance, John Connor.

Since many films have been including either mid-credit or end credit scenes, we decided to wait and see... And, just as I suspected, there is a scene after the credits. I knew it! There was more to the end...

I think this is the beginning of bringing new life to a popular and fan-favorite franchise; in which, I look forward to seeing more of. With the time travel and alternating timeline concept, storylines and plots have a multitude of direction it can go. 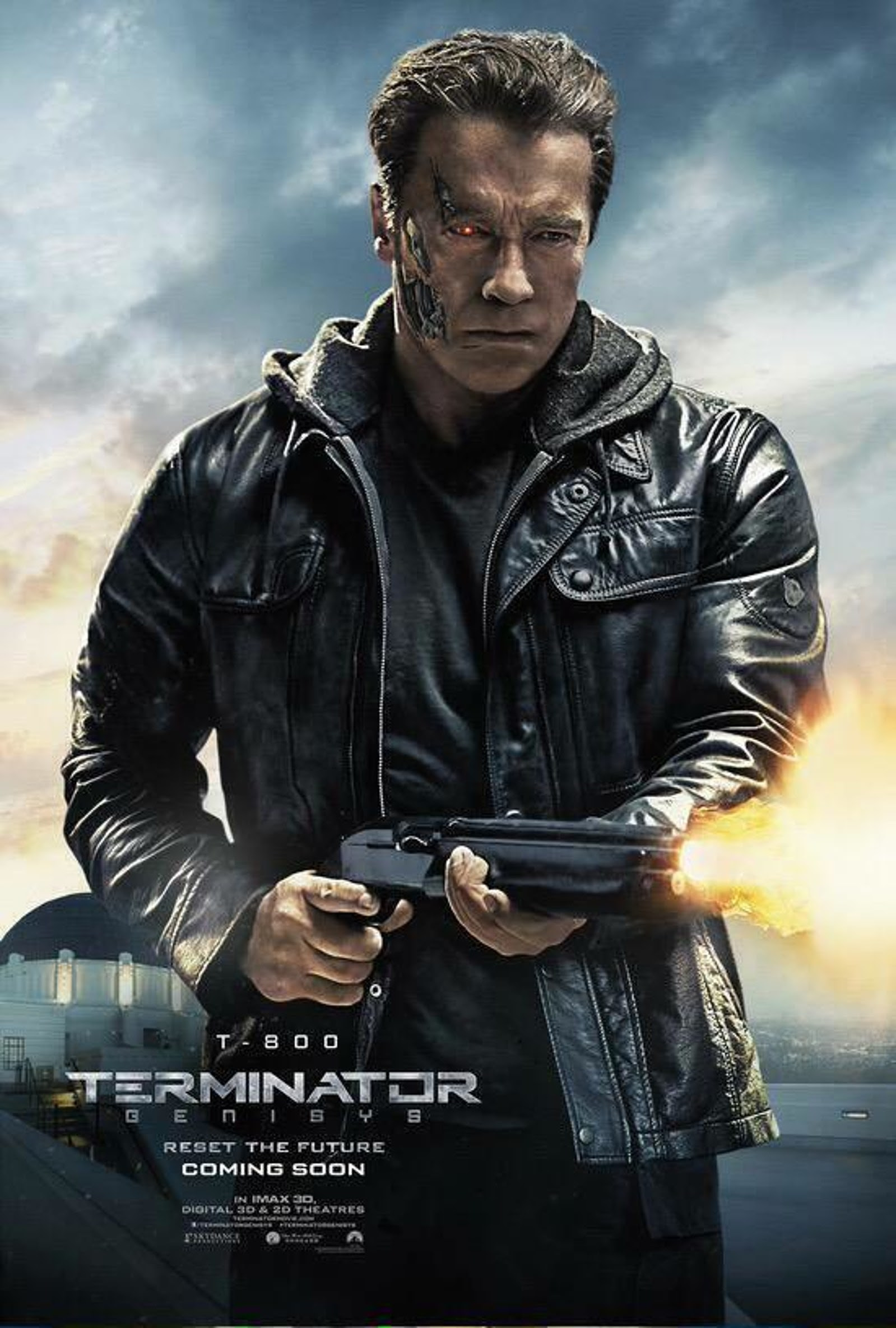 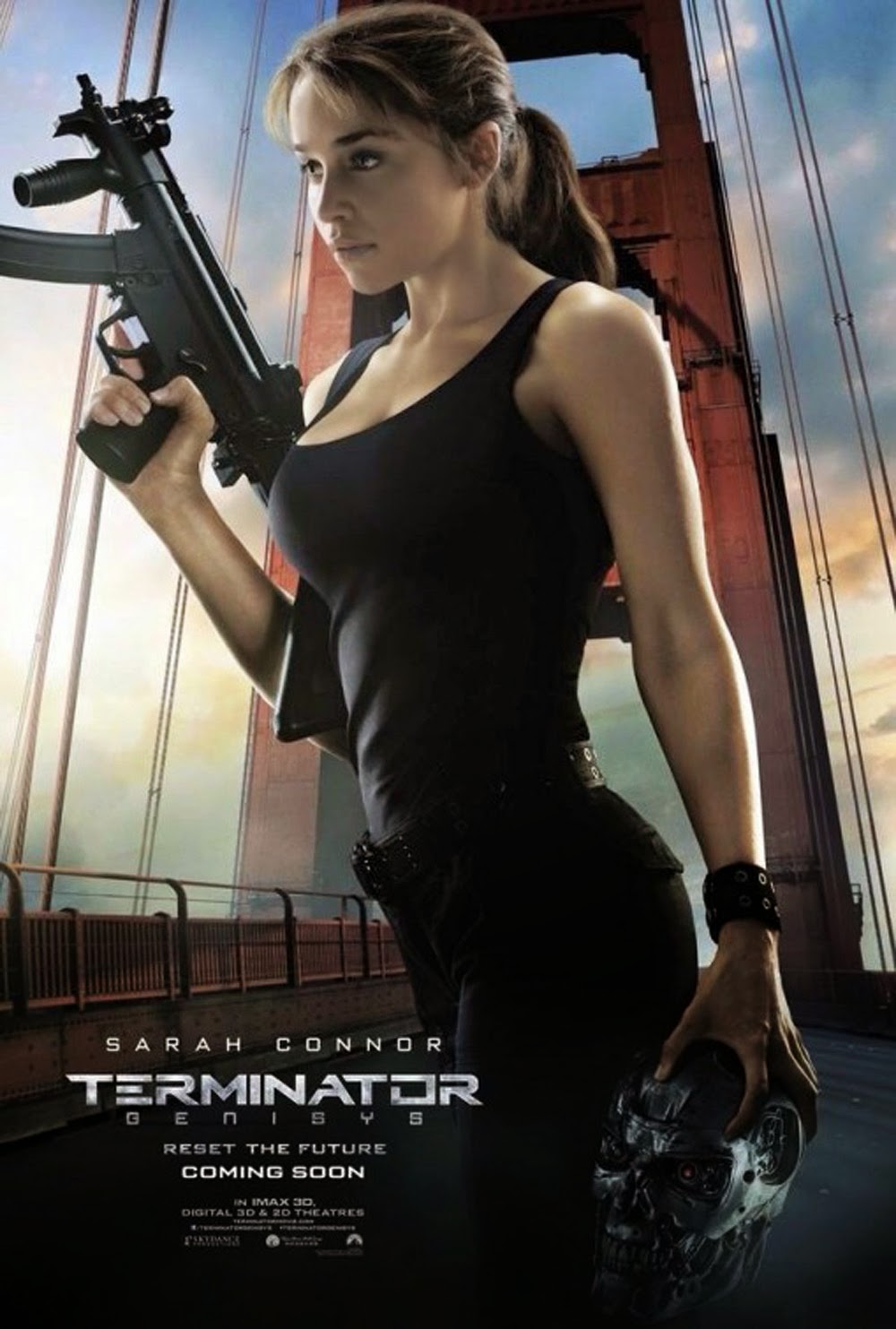 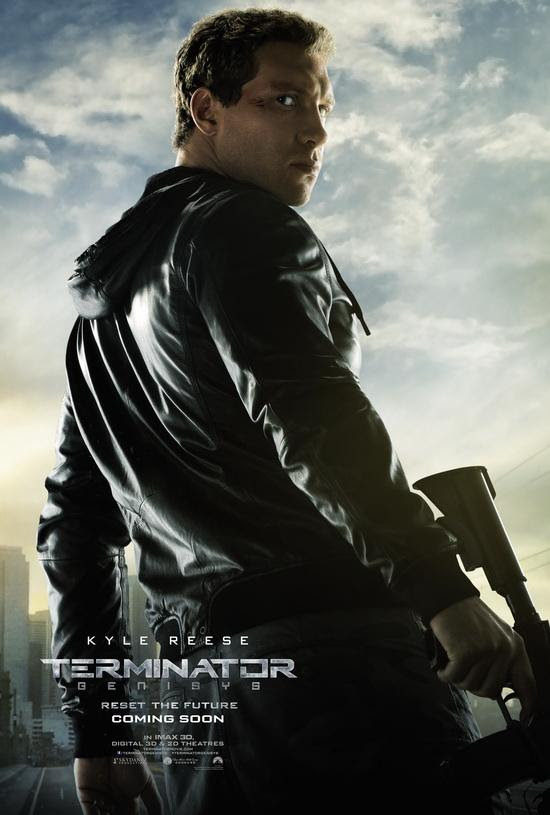 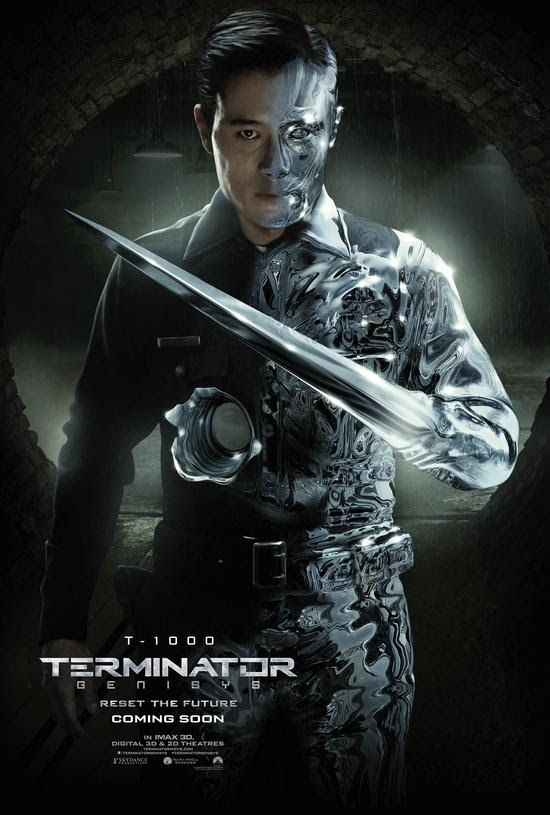 Posted by Jasmine Albitos at 1:42 AM