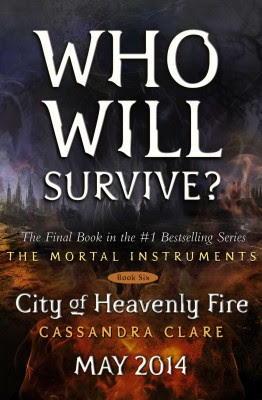 The long awaited cover for Cassandra Clare's final book in The Mortal Instruments series has been revealed! And, here it is! 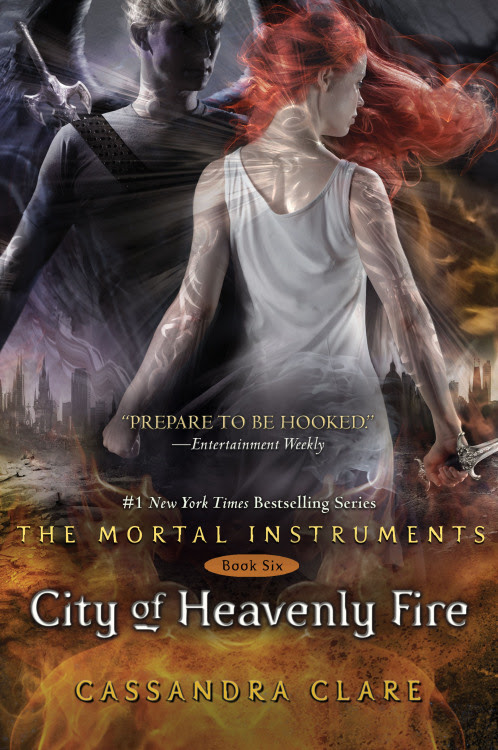 The cover looks amazing! When I first glimpsed the cover, I was absolutely speechless! Keeping up with all the amazing covers from the series, City of Heavenly Fire captures the essence of characters that fans have come to love. With each cover of each book, the characters on the cover always has a tie-in to what the book is about. I'm excited!

Check out Cassie's interview on The Insider, here!

What say you Shadowhunters! What are your thoughts and reactions to the cover?

Here's what Cassandra Clare had to say:

So, the nice version of the cover of City of Heavenly Fire that went up on TV yesterday!

Yes, that is Clary and Sebastian. Yes, Clary is wearing white. She does wear white in the book at a certain point. There are interesting details up close about both their weapons, and if you look closely you can see the chain of Clary's necklace. Remember the covers of the books don't use the runes from the Codex or that we saw in the movie. They are pretty designs, but they don't mean anything.

Darkness returns to the Shadowhunter world. As their society falls apart around them, Clary, Jace, Simon and their friends must band together to fight the greatest evil the Nephilim have ever faced: Clary's own brother. Nothing in the world can defeat him - must they journey to another world to find the chance? Lives will be lost, love sacrificed, and the whole world changed in the sixth and last installment of The Mortal Instruments series!

Posted by Jasmine Albitos at 2:12 PM