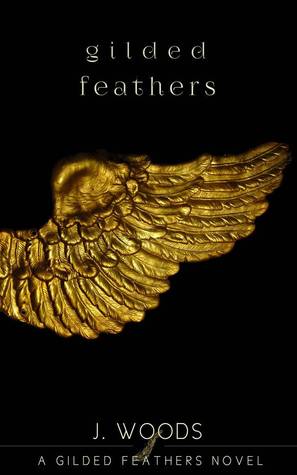 Summary from Goodreads
An alluring choice. A fantastical revelation. But what if it changed... everything?

Familiar with the art of the nightmare, twenty-two year old university student Cole Evans can't help but feel a deep connection to the horrifying illusions of her slumber.

Irrevocably drawn to obscure fantasy, Cole faces a defiant temptation of romance and her first encounter with the mysterious Drex. Covered in tattoos, she unexpectedly finds herself attracted to his dark magnetism and emerald eyes. Before her life takes an impossible turn.

Uncovering Drex's true Guardian identity, she is forced on a terrifying journey through the stars into his world - one that brilliantly weaves together the struggle of danger and desire. And the impossible reality of gilded feathers.

Excerpt
I stood dumbstruck standing in the doorway - a vehemence of emotions racketing through me. The words human girl flashed on repeat behind my eyes - my knees felt weak as I gripped the cool surface of the countertop beside me. "I am done with this conversation, whatever it is that is brewing, let it. I'm going back to bed." He let out a frustrated growl and put his phone in his pocket. His back still toward me, he swiped his hands over his face as I took in his bare chest and feet, clad only in jeans. I moved robotically, stealthily through the screen door. He turned around to find me standing on the small deck, a look of horror stilled on his face. I looked down his bare upper body out of habit and noticed the heart of his tattoo was luminous in a deep red. My eyes stayed on this spot until I dragged them back up to meet his.
"I think it's time you tell me where you went." 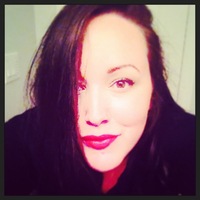 ***My Thoughts***
What a delightful read! It was definitely not what I expected. J. Woods did an excellent job in keeping the "truth" shrouded in the dark...even in Cole's dreams. The story is told in the main character's point of view and takes place at an university...the characters are, after all, college students.

The book opens with Cole (short for Collette) in a dream...more like a nightmare; and these dreams, although different every time, the dreams always have the same scenario. However, Cole continues the life of a working college student. She seems to be just another young woman going to college, living the college life...with just little bit of a short-lived scandal; then she meets Drex....and the romance begins! And then some... One night "truths" were revealed, and Cole's adventure begins.

With each turn of the page, I got to know Cole...and, of course, her roommate, Chloe. Kind of hard to not exclude Chloe since she has been somewhat of a "rock" for Cole. With the help of Chloe, Cole has found a new and confident self. It was absolute fun following Chloe and Cole's fun...then following Cole and Drex's romance. During this blooming romance, the whirlwind of an adventure begins...along with the dangers that ensue with it. Cole doesn't just go on an out of this world adventure, she learns more about herself and her past. Through Cole's eyes, she views and experiences many wonders that she can only imagine...and then some.

By the end of this first book of the Gilded Feathers series, I am very curious as to what more secrets to the past will reveal to Cole about herself and her love, Drex. I was definitely left with a "cliffhanger," and I'm definitely looking forward to continuing Cole's adventure and journey to unlocking her past and finding her future.

Posted by Jasmine Albitos at 11:09 PM