Welcome to Week 5 of the Pre-RELEASE BUZZ for Nazarea Andrews & A.J. Elmore's debut novel as co-authors...

With only days away from the release of Prince of Blood and Steel, we have come to the final teaser before this new novel hits bookstores! 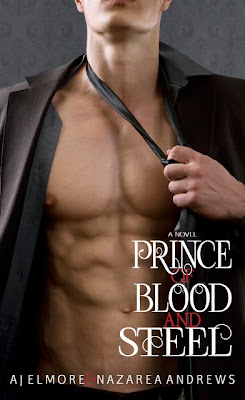 The final teaser this week is actually the first two chapters!! How cool is that!?!
Woodlawn Cemetery, New York City. October 16, 2011
Rain pounds on the tops of two huge black umbrellas, one slightly higher than the other. Two brothers stand as the remnants of a long and winding funeral party that has already departed to seek shelter at a reception organized for the mourners. The brothers have been silent since well before the line of tossed roses ended. Their uncle had stood beside them for some time, wearing heartbreak on his face, watching the men in parkas doing their ghastly work. Even he had turned away when the casket began to lower.
The world around them is a dreary, soggy weight, but the faces beneath the umbrellas are dry. The taller takes a long pull on a cigarette, hand moving mechanically. Mirrored shades set the scenery at an acceptable visibility, dimming the details. The pole of his umbrella rests against his other shoulder. His knuckles are white against the handle. The shorter, darker brother holds his umbrella in his right hand, abandoned in front of him as if it were some sort of lifeline. His suit jacket rests on his shoulders, covering the sling that will confine his left arm for some time. His deep brown eyes are heavy, with dark pools beneath them. The roots of his teeth are numb. Their shoulders are touching. They ignore the cautious glances from the men who start the machinery that will cover their dead father with the earth from whence he came. Ashes to ashes, or something like that.
The Marzetti clan has been mercilessly slaughtered, wiped from the city's books in a series of well-disguised and strategic hits. Anyone with a direct tie to that family's fronts is as good as dead. Retribution seems little more than routine on a day like this.
“He didn't talk to me,” says Caleb, the taller, older brother who has no regard for the serenity of silence he destroys. The younger, Seth, looks questioningly to him, searching Caleb's blank mask for some explanation. He can't tell where his brother is looking and, for some reason, it makes him angry. “He didn't have any last words of wisdom for me,” Caleb says, face front, voice carefully neutral. He introspectively hits his cigarette.
Seth gasps, unable to hide his raw emotions from his family after upholding his charade of 'dealing with it' all day. He had presumed, after the way they had woken him from dead sleep the night his dad died, and rushed him upstairs to speak to his father alone, that Caleb had already had his time with their dad. What Seth's brother is telling him now is that the scene didn't play out that way. His dad's last words play so differently with that change in perspective.
Caleb watches the mud dripping from the mouth of the backhoe as it struggles against the waterlogged ground. He imagines the grave filling with rain before they can cover it, and all Gabe’s transgressions and guilt float to the surface. How many skeletons would that flood unearth? Mud to mud, that is all it comes down to in the end. “He didn't talk to Mikie, either,” he continues, battling against an irrational aggravation at his brother's innocence and surprise.
Seth looks away, eyes unwittingly falling on the same sullied scene as Caleb's. What a fittingly messy tribute to a gruesomely mucked up circumstance. Slowly, deliberately, he answers, “He said that if you find yourself cold inside, you're not fit to be a king.”
Seth can sense the tension take hold of Caleb. He can feel muscles pull and tighten beside him, though Caleb never moves. Seth recognizes the storm that takes his brother, he has seen it a thousand times. Caleb has always been chillingly good at hiding his feelings, but Seth knows them all as well as his own. Caleb is partly jealous, partly crushed that a birthright that should fall to the eldest son has instead gone to the younger. Seth looks back to the other, knowing without a doubt that Caleb can feel the attention. The cigarette burns unheeded. “Family is most important—”
“Don't mock me!” Caleb cries. What is left of his cigarette snaps in his fingers. Ash scatters into the rain as he flings the pieces at the ground.
Seth sighs. Maybe it is too soon to talk about it. Caleb only ever works at his own pace, and he hardly lets anyone in on his progress. Seth looks to his mud-covered shoes. “I love you, Caleb,” he says, voice barely audible over the hum of the heavy equipment.
He sees Caleb in his periphery, watches him jerk his shades off to rub at his eyes with the back of hand. He hears him sigh, too. “I love you too, Seth,” he whispers, and fixes the sunglasses firmly back in place. Only then does he allow himself to glance at his sibling, who looks so much like his dad. 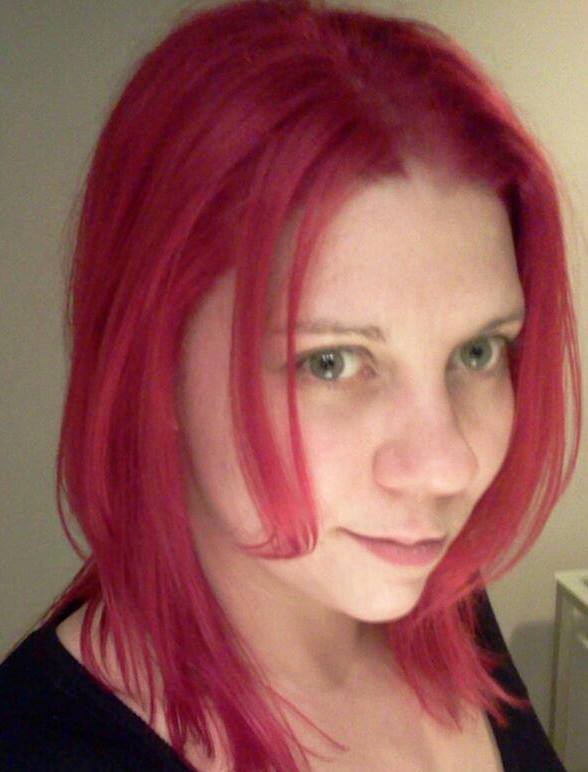 Posted by Jasmine Albitos at 7:56 AM