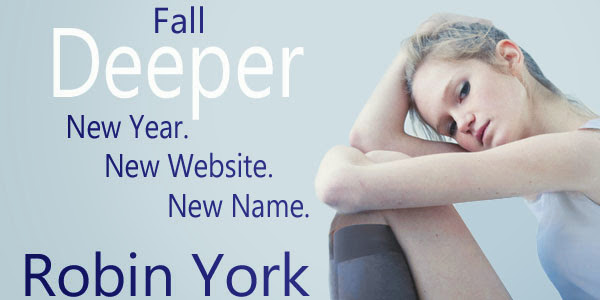 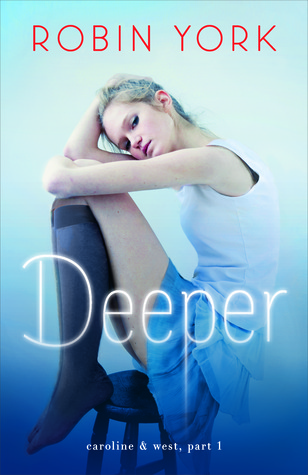 Synopsis:
A college student is attacked online and must restore her name—and stay clear of a guy who’s wrong for her, but feels so right.


When Caroline Piasecki’s ex-boyfriend posts their sex pictures on the Internet, it destroys her reputation as a nice college girl. Suddenly her once-promising future doesn’t look so bright. Caroline tries to make the pictures disappear, hoping time will bury her shame. Then a guy she barely knows rises to her defense and punches her ex to the ground.

West Leavitt is the last person Caroline needs in her life. Everyone knows he’s shady. Still, Caroline is drawn to his confidence and swagger—even after promising her dad she’ll keep her distance. On late, sleepless nights, Caroline starts wandering into the bakery where West works.

They hang out, they talk, they listen. Though Caroline and West tell each other they’re “just friends,” their feelings intensify until it becomes impossible to pretend. The more complicated her relationship with West gets, the harder Caroline has to struggle to discover what she wants for herself—and the easier it becomes to find the courage she needs to fight back against the people who would judge her.

When all seems lost, sometimes the only place to go is deeper.

I back up.
He’s supposed to stop stepping toward me when I back up, but he doesn’t. He keeps coming. He moves right into my zone of personal space, and I get pinned up against the stacks, my butt pressing against a low shelf, West’s hands braced on either side of my head.
“I’m working,” he says. As though I’m a book, and he’s shelving me.
I try to say, I’ll come back later, but instead I make this sort of clicking, gargling noise that makes me sound like a bullfrog. I can feel my throat flushing—always a dead giveaway that I’m embarrassed. I clear it and manage to say, “That’s fine. I can . . . come back. Or I’ll c-call you.”
I don’t have his phone number. Or any intention of calling him.
I don’t know why I’m imagining I can feel the heat off his skin, because that’s impossible. He isn’t that close, surely. I cast my eyes up, trying to visually measure the number of inches between our faces.
It’s not very many inches at all.
West doesn’t touch me, but he is much closer than he needs to be, and the way he’s looking down at me, his chest rising and falling rapidly, color high in his cheeks—I can’t help but think about his fist connecting with Nate’s mouth. The way Nate fell to the floor, heavy and limp.
He did that for you, I think.
I came here to ask him, but I already know.
He did it for me, and this is how he looked afterward. Dilated everywhere, his skin warm and his breathing rapid and shallow.
This is how he would look in bed.
I close my eyes, because I need to get my bearings. I had imagined a businesslike talk with West. Please don’t do that again, I would say. Okay, if that’s the way you feel about it, he’d reply. Yes, that’s the way I feel, I would tell him. Then maybe I’d give him a lecture about the importance of settling conflict without violence, followed by a brisk handshake.
I didn’t imagine the ruddy skin of his neck right by the collar of his shirt. The stubble on his jaw where it curves into his ear. I didn’t anticipate his smell, like spearmint and library books, detergent and warm skin.
God, he smells fantastic, but he’s also kind of scary, and I have no idea what the rules are right now. No idea at all.
I need rules to get through this kind of stuff. I’m a rules kind of girl.
“West,” I whisper.
It’s supposed to sound calm and businesslike, but instead it sounds like I’m begging him for something, and I guess he takes that as a cue. He drops his head toward my shoulder. His lips . . . I can’t be sure, but I think his lips are really close to my skin. I feel his breath near my ear, and my nipples harden.
“West, what the hell?”
“Why’d you come here, huh?” he murmurs.
And then—this is the worst-best part, by far—he turns his head and kisses my jaw, openmouthed.
It’s like satin. Like lightning.
I don’t know what it’s like.
I do know that it’s not what’s supposed to be happening at all.
Except that the atmosphere West is creating makes me feel like this is what’s supposed to be happening. Exactly this. The West menace is, like, sex in aerosol form. He’s making it with his body, and then he’s putting it all over me.
My body is into it, too. My body is on board.
My body is such a traitor. 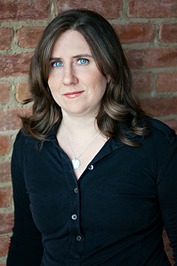 Robin York grew up at a college, went to college, signed on for some more college, and then married a university professor. She still isn't sure why it didn't occur to her to write New Adult sooner. Writing as Ruthie Knox, she is a USA Today bestselling author of contemporary romance, including RITA-finalists About Last Night and Room at the Inn. She moonlights as a mother, makes killer salted caramels, and sorts out thorny plot problems while running, hiking, or riding her bike.