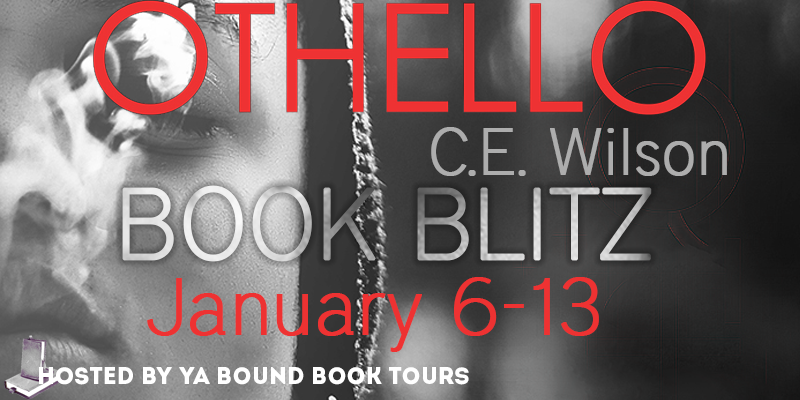 C.E. Wilson breathes new life into Othello, one of William Shakespeare's most memorable plays, the second book in her Shakespeare for Everyone Else series. 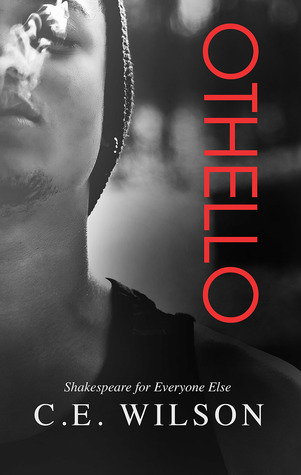 Summary from Goodreads
Shakespeare's work features some of the most memorable stories and characters ever created, yet for too many curious readers the combination of ultra-dense dialogue and unfamiliar historical settings make tackling the Bard's work something between a tedious chore and a confusing mess of bird-bolts and quondam carpet-mongers.

While it's nearly impossible to replicate or improve on these works, it is (thanks to their timeless nature) possible to make them more accessible to a wider audience.

When Archer decides that he's had enough of Orion and Devony running what he thought was going to b a his school he takes desperate measures to ruin everything. Through lies and betrayal, deceit and deception, Archer will stop at nothing to get what he wants, and he doesn't care whose lives he has to destroy in the process.

Can anyone stop one of William Shakespeare's most villainous characters in this YA retelling of the epic tragedy of Othello?

Excerpt
"So answer the question,” Orion said.
“I wasn’t aware you were asking one.”
“Are you kidding me?” Orion grumbled, running his hand over his short dark hair.  “Why are you talking around everything that I’m asking you?  I can see it in your eyes that your mind is buzzing.  When we walked into the library you said you didn’t like something and now you’re asking about Micah and how close he is to Dev.  Is there something going on I don’t know about?”
Archer looked away.  “I don’t think so.”
“You looked somewhere else!  I saw it!  Tell me what you’re thinking.  Now.”
“Orion, I…” Archer said, breathing in and then heaving out a heavy sigh.  He wanted to smile at how carefully Orion was watching him.  Every gesture, every movement was making him nervous.
Good.
“Go on,” Orion said, looking more uncomfortable.  “Tell me what’s bothering you.”
“Orion, I’d like to think that we’re friends now.  We’re friends, right?”
“Of course.  You helped me out when Micah was drunk and making an absolute ass out of himself.  You’ve proven on more than one occasion that I can trust you with school events and I know you care about the school’s reputation as much as I do.  Please…tell me what you think you saw.”
“Micah’s a good guy.  I think I’m looking too much into things.”
“Tell me what you’re thinking.”
“I don’t see a reason to get you riled up this close to the tournament.”
“Why would I get riled up?”
“Because you’re stressed.  I’m worried you’ll start to see things that aren’t there.  There’s going to be a lot of pressure.  The media’s going to be here.”
“I know about the damn tournament.  What I want to know is if Micah is trustworthy.”
As he fumbled with his fingers, Archer could feel Orion’s heavy gaze.  “I don’t think you have anything to worry about.”
“You’re lying.”
“I have better things to do than lie.  Why would you say that?”
“I want you be honest,” Orion said.  “If you think something’s up, then as my friend you have tell me.”
“I…I can’t,” Archer said, suddenly unsure.  For a moment he hesitated.  Could he really do this?  Orion took his silence for something terrible and looked at him with a face so pleading and pathetic that Archer almost felt bad for him.  And then he remembered all the rejection letters from colleges.  He remembered Orion preaching about waiting until marriage to have sex when he was sure that he had slept with Ellie.  He had to do this.  “Are you sure you want to know?”

Start the series from the beginning with... 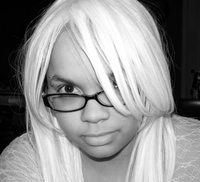 C.E. Wilson is currently living in Pittsburgh, Pennsylvania with her husband and her two dogs and two cats. They are all the loves of her life. When she’s not writing young adult fantasy novels, she enjoys writing short stories on her Deviant Art page. She loves to write stories involving giants and little people (also known as GT) and nothing helps her to write more than Coca-Cola and glazed doughnut holes.

Email ThisBlogThis!Share to TwitterShare to FacebookShare to Pinterest
Labels: book blitz, C.E. Wilson, giveaway, Much Ado About Nothing, Othello, Shakespeare for Everyone Else Series, YA Bound Book Tours