BOOK BLITZ: Lost Without You (Book 1 of the Haven Series) by Liz Hannah 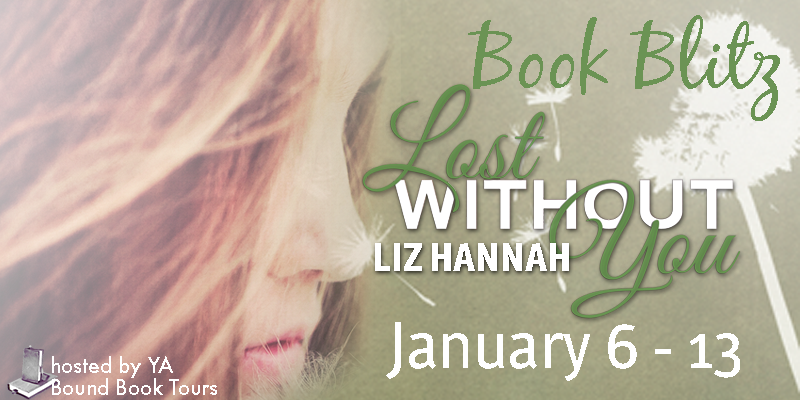 Liz Hannah's debut novel in a series centered around new adults as they try to forge an identity for themselves. 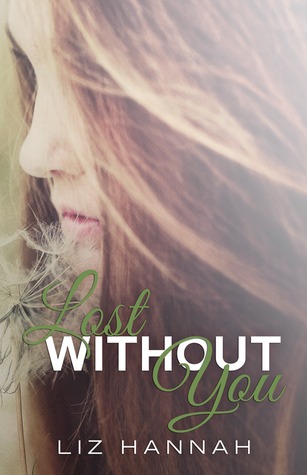 Summary from Goodreads
Grace Young thought she was a survivor - until the day her twin brother died, leaving her parents heartbroken and their relationship with Grace fractured beyond repair. Now all Grace wants is a chance to experience something of a normal life, before it's all too late.Going to college hundreds of miles from home seems like the right way to embrace her new found freedom, especially after years of homeschooling, but while Grace takes to her classes naturally, it's the other side of college that she's unprepared for.The parties. The friendships. The boys. Especially one Dean Michaels, the Haven University's star soccer player. Fate throws the pair together, and their friendship starts to turn into something more. But can Grace keep the secrets of her past hidden without hurting those she's come to count on the most?

Excerpt
It’s dark when I wake, except for the glow of the television. There’s no sound, but the movie we started watching earlier is playing; again, I presume, because I’m pretty sure that I’ve seen this part before. I can’t remember what it was about, aside from that it was a nineties adaption of Jane Austen’s Emma, the Californian accents all too uncomfortably familiar.
I blink a couple of times, stretching out. My arm collides with something solid, and I freeze, realizing that I’m not alone on the couch. Glancing upwards, I find myself looking into emerald eyes that seem to be illuminated in the soft light.
Oh, that’s right.
I quickly scramble to sit up, only to pause again the next second, my balance wavering. I’m half on Dean’s lap, and his hands shoot out to my waist to steady me before I fall off. A small wave of dizziness flows through me, and though I’m acutely aware of Dean’s fingers pressing into my side, a sweater the only thing between our skin, I’m glad that he has hold of me.
“Hey.” I take a deep breath in before exhaling. The hand I’ve placed on his shoulder burns like fire, and there’s an intensity building that scares me to death, but I can’t quite bring myself to pull away. In fact, instead of moving away from Dean like I should, I’m acutely aware that we’re so close, his breath tickling the loose strands of hair around my face.
“Hi.” His voice is thick from sleep. He tucks one behind my ear, his fingers hovering over the side of my face for a fraction of a second before pulling away. I want to lean in to his touch.
I shift my gaze away from his. This is not me. I’m not the kind of girl who melts when a guy looks at her. Especially one I still don’t know that well.
Lies, a voice hisses inside my head. You do know this boy, better than you think. Better than you want to know.
“You looked so peaceful; I didn’t want to wake you.” I could feel his words rumble in his chest. My lips turn up in a small smile. He was watching me sleep?
A quick look down at his watch told me it was well after midnight. I don’t even want to know how many texts Rosie’s sent to find out where I am. The thought alone sends a blush across my face.
“I didn’t mean to fall asleep. It’s been a long week.”
Dean nodded. “Midterms are an ass.”
I shift slightly, moving my weight into the dip between his legs, alleviating the pressure on his own, but he didn’t seem to mind. Instinctively, as if he thought I was about to run off, his fingers bunched the edges of my sweater together, holding on to me tighter.
I’m not going anywhere.
“What are you doing for Thanksgiving?”
I look down, at his chest. It rises slowly with his heartbeat, calm and even. How can he be so relaxed? I can feel the tension knotting its way through my own body. The v neck of his sweater dips low, small swirls of hair escaping up. I wonder what it would feel like to run my hand across his chest.
I blink. Question. He’d asked a question.
“Uh, nothing, as of yet. Study? Maybe. What about you?”
My voice sounds as if I just swallowed helium. His he as affected by me as I am of him?
I wouldn’t know. I can’t look him directly in the eye, so I concentrate on a spot on the wall, just below his ear. Brown locks curl around the nape of his neck, and it takes all of my self-control to not stretch out and play with them. What was it about the darkness that made us so bold?
“Come home with me. Have Thanksgiving with my family.”
I straighten up. Hands tighten around my waist, preparing for me to bolt. I don’t give in to my instinct to run. With all the heat that was passing between us, what did going home with him mean?
And why was my brain screaming at me to say yes? 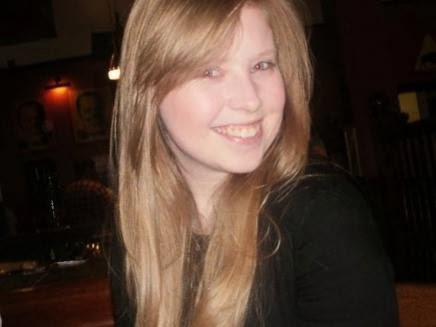 Liz Hannah is a New Adult author that calls both Scotland and Australia home. Currently studying at university, when she’s not busy reading or writing, Liz can be found procrastinating from her studies pinning everything on Pinterest or collecting GIFs from Tumblr.