Are you excited!?! I know I am excited! After news that a film adaptation of the popular YA novel by Richelle Mead was in the works, I just had to read the book. I absolutely loved the book. And now, I am looking forward to watching the movie!

Check out the movie clips just released today! These clips definitely reveal some action scenes that we can look forward to once Vampire Academy hits the theaters!

Synopsis
Based on author Richelle Mead’s worldwide bestselling series, VAMPIRE ACADEMY tells the legend of Rose Hathaway (Zoey Deutch) and Lissa Dragomir (Lucy Fry), two 17-year-old girls who attend a hidden boarding school for Moroi (mortal, peaceful vampires) and Dhampirs (half-vampire/half-human guardians). Rose, a rebellious guardian-in-training and her best friend, Lissa – a royal vampire princess – have been on the run when they are captured and returned to St. Vladamir's Academy, the very place where they believe their lives may be in most jeopardy. Thrust back into the perils of Moroi society and high school, Lissa struggles to reclaim her status while Rose trains with her mentor and love-interest, Dimitri (Danila Kozlovsky), to guarantee her place as Lissa’s guardian. Rose will sacrifice everything to protect Lissa from those who intend to exploit her from within the Academy walls and the Strigoi (immortal, evil vampires) who hunt her kind from outside its sanctuary.

Based on the novel by:
Richelle Mead 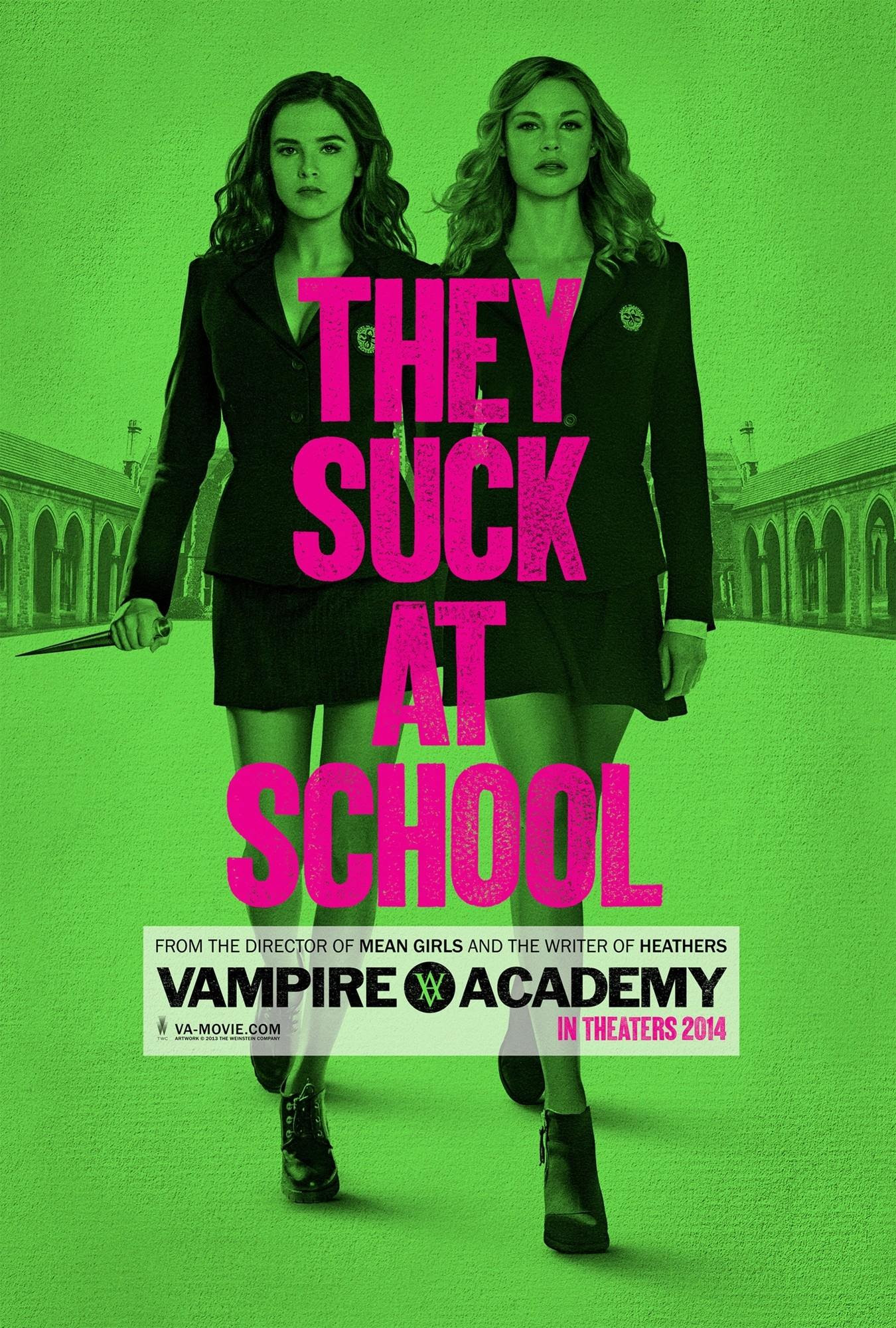 Posted by Jasmine Albitos at 12:28 PM