OMG!! These characters definitely does not run out of their dysfunctional family antics to say the least. This second half of Season Two dives heavily into the "goddess'" adjustment into human life and her dire need to return to heaven. Of course, two of her children, namely Lucifer and Amenadiel, are charged in watching over her...and, to keep her out of trouble. However, trouble seems to just find them...all...haha!!!

The cast is hilarious! Their chemistry works! They each deal with their individual conflicts. Lucifer has come a long way since Season One. He's becoming more human every "day" he is on Earth. Everyone around him has a lot to do with that, too. Love it! Yup! Even Maze has gotten attached to these humans...lol! Oh my! How humanity affects these supernatural beings!!! One has got to keep watching to see how much these characters have evolved/grown since the start!

Whoa! Didn't see that coming....the Season finale, that is!!! LOL! Wow! Great!! Now, we have to wait til next Fall to find out what that finale means...especially for Lucifer.  Say what...!?!

Read my thoughts on Season 2, Part 1 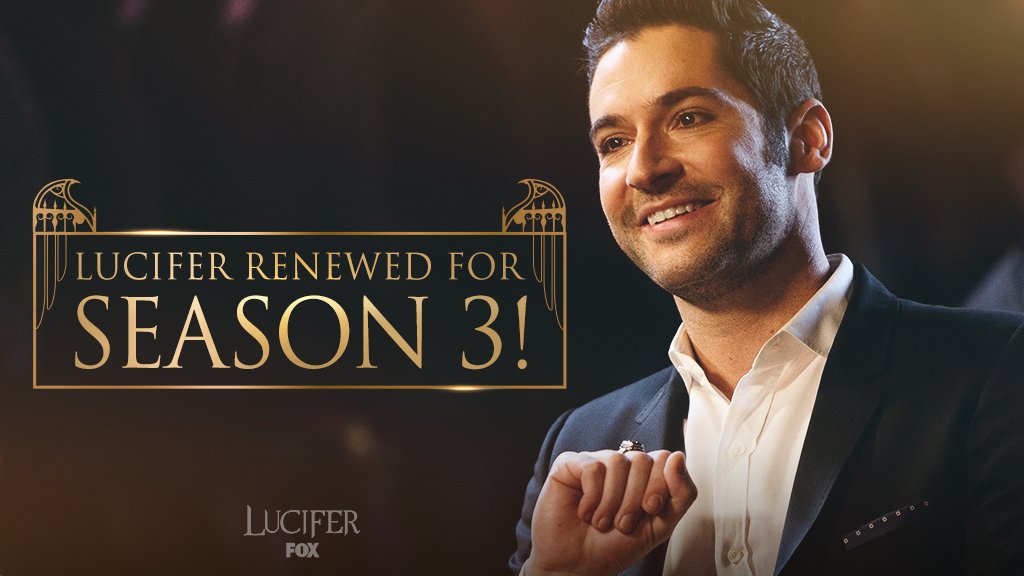 Posted by Jasmine Albitos at 4:14 PM