We are thrilled to be taking part on this fun Blog Tour for New York Times and USA Today bestselling author Cora Carmack's Roar, the first book in the Stormheart series! Take an adventure filled with charismatic characters in an enthralling world sure to keep you turning the pages! This is a Review & Excerpt tour. On our stop today, we will be sharing an exciting excerpt! We even have a book trailer, too! Of course, what is a blog tour without a cool tour-wide giveaway!?! Right!?! Well then...Check it out and pre-order your copy today!
Check out all the reviews and excerpts by following the tour!!!
Tour schedule is at the end of this post!

*Excerpt*
Aurora’s muscles twitched involuntarily as she stood outside the throne room, as if her body might decide to run without her mind’s consent. Two of her guard, Taven and Merrin, waited a few steps behind her. They followed her inside, and an eerie silence took hold after the heavy doors closed.
Moments later Cassius Locke melted out of the shadows, looking more like a villain than a prince—dressed all in black with dark hair and eyes to match. At twenty, he was a mere two years older than she. But the prince before her seemed bigger, older…much more a man than she had expected. He reminded her of those thunderstorms that stalled on the horizon—growing bigger and darker as they churned in on themselves.
Their gazes met, and she held his stare, shoulders square and back. Sweat dripped down her spine beneath the elaborate costume, and a headache knocked at her temples from the weight of the headdress, but she did not let it show. His eyes dropped, perusing her form. Rora’s heart thumped a little faster. The longer he looked at her, the more uncomfortable she became. And she hated herself for it. For letting him get to her.
If her mother had taught her anything, it was that no one could make you feel small unless you allowed it. So she took a deep breath and let herself believe she was the fierce and powerful girl everyone thought she was. And she stared right back.
Maybe Rora didn’t have magic, but Cassius didn’t know that. She had spent her whole life preparing to be queen, and she’d be damned if she spared an instant of worry for what he thought of her. She evaluated him in return and spitefully hoped it made him uncomfortable. Starting with his neatly combed midnight hair, she assessed his looks—strong brows, straight nose, pointed chin. His face was almost too symmetrical, as if crafted by an architect. Rora frowned and swept her gaze down to his broad chest and large shoulders.
Instead of making him uncomfortable, she began to feel uneasy with her perusal. He was too attractive. Far more handsome than any of the local young men she might have chosen. But that beauty was tempered by an air of brutality—a hardness in his eyes and the precise, sharp movements of a man who was deadly and wanted everyone to know it.
He stood a handspan taller than she, a rarity for Rora’s tall form. When she finally looked back at his face, he was quirking an eyebrow, one corner of his mouth lifted in a smirk.


“Don’t stop on my account. Please, look your fill. See what you’re getting, Princess.” 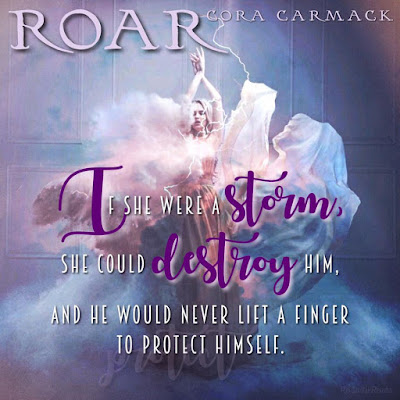 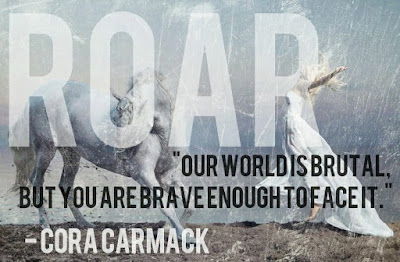